The Indianapolis 500 is now a summer event. The Monster Mile could be set for a monster-sized NASCAR weekend spectacle of racing. And a supersized shakeup of the schedule looms whenever NASCAR and IndyCar resume in the wake of the coronavirus pandemic.

The Indianapolis 500 was postponed Thursday until Aug. 23 and won't run on Memorial Day weekend for the first time since 1945. The Indy 500 was positioned as the middle race of a Triple Crown of racing on Memorial Day that kicked the biggest day of motorsports off with Formula One's Grand Prix of Monaco and ended with NASCAR's Coca-Cola 600. The race now falls outside of May for the first time in its 104-year history. 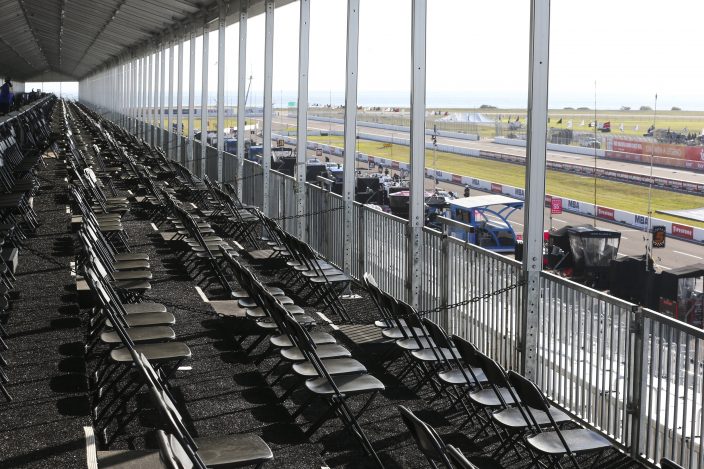 The spectator VIP area overlooking pit lane is virtually empty at the IndyCar Grand Prix of St. Petersburg, Friday, March 13, 2020 in St. Petersburg. NASCAR and IndyCar have postponed their weekend schedules at Atlanta Motor Speedway and St. Petersburg, due to concerns over the COVID-19 pandemic. (Dirk ShaddTampa Bay Times via AP)

"With a number of postponed sporting events being rescheduled in the summer and early fall, it's frankly very difficult to find three consecutive weekends as we traditionally have in May," Penske Entertainment Corp. President and CEO Mark Miles said.

The Indy 500 now shares the race weekend calendar with ... the Drydene 400. Yes, the crown jewel of IndyCar will serve as the opening act for the NASCAR Cup race at Dover International Speedway, that track better known as the Monster Mile that has suffered with dwindling attendance and had its dates shuffled around the schedule. 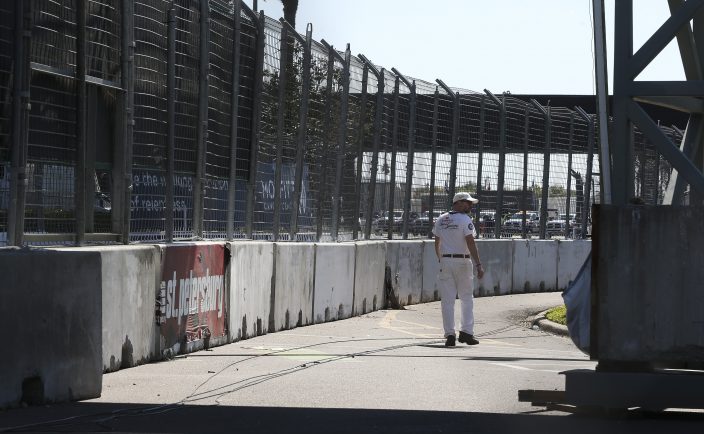 The track is void of cars after at the IndyCar Grand Prix of St. Petersburg, Friday, March 13, 2020 in St. Petersburg. NASCAR and IndyCar have postponed their weekend schedules at Atlanta Motor Speedway and St. Petersburg, due to concerns over the COVID-19 pandemic. (Dirk ShaddTampa Bay Times via AP)

Chew on this, Dover still doesn't have a new date for its May race, one of seven NASCAR weekends already postponed before the series is scheduled to resume May 9 at Martinsville Speedway.

As each confined weekend ticks off, and the death count from coronavirus up to about 1,200, that target seems more and more unlikely.

"We intend to race all our 36 points races as well as the All-Star event," NASCAR President Steve Phelps said. "What those look like at this particular point we're looking broadly about what our options are. At this particular point, we would like to finish the season at Phoenix and keep the playoff portion intact. With that said, it will require a lot of different opportunities for us to look at." 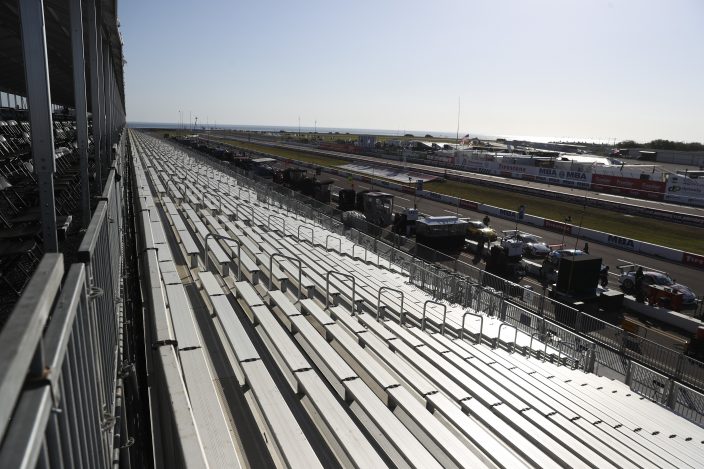 So what will happen?

NASCAR had promised a shakeup of its staid schedule in 2021, but the crisis may force the stock car series to offer a sneak peak the rest of the summer. Mid-week races, night races, doubleheaders, nothing is off the starting grid when it comes to potential scenarios to squeeze in the remaining 32 Cup races. NASCAR offered a break with tradition in June with Pocono Raceway set to hold a NASCAR Cup Series twin bill, with one race on Saturday, one on Sunday. The test run for '21 could now be forced on at least another track -- with Dover the top target -- before this season is over.

"The perfect scenario would be to have enough time to prepare properly for two separate race weekends," Tatoian said. "If that's not possible, it would have to be in the form of a doubleheader."

There is a doubleheader scheduled because of coronavirus with a twist, an IndyCar/NASCAR twin bill at Indianapolis Motor Speedway. The IndyCar road course race will now be run on July 4, a day before NASCAR races at The Brickyard in an unprecedented doubleheader between the series.

NASCAR set a self-imposed April 1 deadline to release the 2021 schedule, and that won't happen, not with 2020 races in so much flux.

The series would like to send a proposed schedule to teams within the next week or two that would shed light on what's ahead. One obvious solution, moving the June 7 race at Michigan International Speedway to an Aug. 9 doubleheader at the track to free up another weekend.

"We are working with Fox and with NBC to understand what windows might be available," Phelps said. "That will come as we develop this schedule. It is complex, for sure. But both partners have shown great willingness to try to work with us, obviously we with the other sports to find windows to get back to racing in our case."

Unlike NASCAR, which informed its staff Tuesday that pay cuts will be imposed across the company until the series returns to racing, it's business as usual without layoffs or salary cuts at Dover.

"We're a public company and we run a really lean staff," Tatoian said. "It's something we monitor very closely. But the good news is, we're a small, lean team and we're a company that's carrying any debt. Right now, we're holding pretty firm, which is great."

Second City CEO steps down amid claims of racism at the ...

Andrew Alexander, the CEO and co-o ...