Denver’s players, if they're so willing, have the same assignment each day: Go to their phone or tablet, launch an app and view their individualized daily workout plan that was created by the Nuggets’ strength and conditioning staff.

For now, it’s the best idea the Nuggets have — as they, like every other NBA team, are figuring out new ways to do almost everything.

Nobody knows when NBA players will be in a game again, with the season on hold because of the global coronavirus pandemic. Most don’t even have access to basketball courts right now, and every team training facility is shuttered right now for safety reasons. Public health clubs and gyms are off-limits, too. 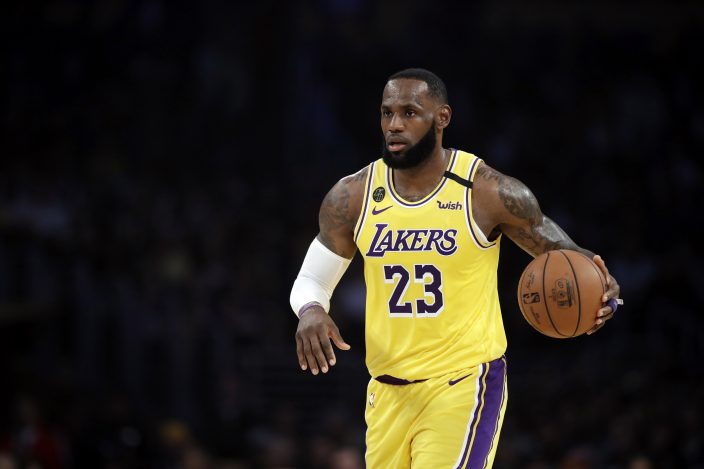 But the workouts, somehow, continue. Teams cannot mandate that players take part, but common sense dictates that players still get some sort of workout plan to follow.

“It’s a very interesting subject,” said Claus Antunes de Souza, the Nuggets’ assistant strength and conditioning coach. “Keeping an athlete motivated when they don’t know when they’re going to perform is probably one of the hardest tasks ever. Even in an offseason you kind of have a defined date when you’re going to report back. So not having one of those dates in mind, it makes things very tricky.”

The Nuggets get their workouts to players on a platform called Teambuildr, a site where remote workouts can be programmed and progress can be tracked. The site says a half-dozen NBA teams are using its technology, with Oklahoma City, Houston, Charlotte, Minnesota and Detroit being the others -- along with some Major League Baseball, NHL and NFL teams.

Other teams are figuring out their own methods: Kevin Huerter said he’s using FaceTime with members of the Atlanta Hawks’ staff when he’s working out in his basement. The Orlando Magic plan to start utilizing FaceTime to monitor player workouts in the next few days. Zoom, a video conferencing tool, is being used by some teams for workouts where players are together -- virtually, anyway.

“I’ve got a bike here at home now, I’ve got some weights here, so I wake up and I do what I’ve got to do,” said Magic forward Jonathan Isaac, who has been working his way back from a knee injury. “I’ve still been able to progress in my rehab through this thing and you do what you have to do. That’s kind of what we’re all doing right now.”

Magic high performance director David Tenney sent plans to players as well, plus reminded them about the importance of continuing to value nutrition — with an eye on both their physical and mental health.

“While we often recommend lean meats (like fish and chicken) and vegetables for our guys all season, this is a period when it may be even more important,” Tenney said.

The NBA has allowed teams to send equipment to players’ homes for workout purposes during the shutdown, and it appears most if not all have taken advantage. Miami’s Kendrick Nunn showed off a newly delivered bike at his home in a social-media post, and the Heat are among the teams gathering online in small groups while their daily cardio gets done.

Boston Celtics coach Brad Stevens said Friday that his team is doing something similar through what he called “voluntary virtual sessions."

LeBron James of the Los Angeles Lakers has been self-isolating at home for the last two weeks, part of the process his team had to go through after two players tested positive for the coronavirus. James is one of the more fortunate NBA shut-ins; his Brentwood estate has a gym, and James has been going through once- or twice-daily workouts for most of this hiatus. But he hasn’t been playing basketball, and that’s a big difference between now and the 2011 NBA lockout -- since then, at least courts were available.

“My body was like, ‘Hey man, what the hell is going on?’” James said this week on the “Road Trippin’” podcast on the Uninterrupted platform. “It’s March 13. You’re getting ready for the playoffs. Why are you shutting down right now? And I was right there turning the corner. I felt like I was rounding third base, getting ready for the postseason.”

His postseason-prep is on hold, like everything else in the NBA.

Christian Wood of the Detroit Pistons tested positive for the virus and, earlier this week, was deemed to have recovered. But his teammates also had to self-isolate for two weeks, and that means the Pistons are in the very early stages now of figuring out how to gather themselves as a team and try to get ready for resuming a season that — especially for a team that isn’t going to the playoffs — may already be over.

“Honestly, in my opinion at the moment, there’s almost enough time right now to almost warrant an offseason program to regain a lot of the qualities that we’ve already lost,” Pistons head strength and conditioning coach Jordan Sabourin said. “In my mind, I’m almost approaching this as an offseason thing. It doesn’t look like it’s going to change in the next week or two, so it’s like starting phase one of an offseason program.”

The NBA has said it wants to resume the season. NBA Commissioner Adam Silver wants to see a playoff, wants to see a champion eventually be crowned. Most teams had about 17 regular-season games left; it’s unclear how many, if any, of those will happen when and if play resumes.

Games are likely several weeks, at minimum, away.

So the good news is that teams have time to figure out the new normal.

“The priority is not, ‘We’ve got to keep training as much as we can,'” Souza said. “Honestly, the priority is to make sure players are in a good mental space and know that they have support, that the team's going to do anything for them in order to help their development and continue to do so. And then we’ll start ramping up once we know that we're getting closer to hopefully playing again.”

Colin Kaepernick: Timeline of a gesture and its echoes

Colin Kaepernick was a second-roun ...

The Latest: EPL teams in practice games; no positive re ...