Tokyo Olympic President Yoshiro Mori said Monday he expects to talk with IOC President Thomas Bach this week about potential dates and other details for the rescheduled games next year.

The International Olympic Committee and Japanese organizers last week postponed the Olympics until 2021 because of the coronavirus pandemic.

“I anticipate speaking to President Bach this week,” Mori said, speaking at the opening of an organizing committee executive board meeting. “He tends to call me directly, and that puts me in trouble because I don't have good command of English.” 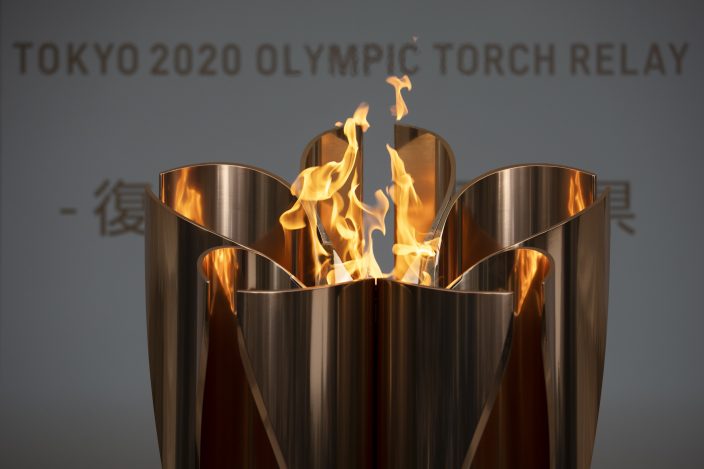 FILE - In this March 24, 2020, file photo, the Olympic Flame burns during a ceremony in Fukushima City, northern Japan. Tokyo Olympic organizers seem to be leaning away from starting the rescheduled games in the spring of 2021. More and more the signs point toward the summer of 2021. Organizing committee President Yoshiro Mori suggested there would be no major change from 2020. (AP PhotoJae C. Hong)

Mori has repeatedly said the Olympics will be held no later than next summer and many reports suggest it will be in the same July-August slot.

This year's games were to have opened on July 24 and closed on August 9. The corresponding weeks next year would mean a July 23 opening ceremony.

“Opinions on both sides have been compiled, whether spring or summer," Mori said. “There are opinions for both options and they both have advantages and disadvantages that are being compared and then will be decided.”

After holding out for weeks, local organizers and the IOC last week postponed under pressure from athletes, national Olympic bodies, and sports federations.

The decision on a date is expected to come quickly. The athletes are demanding it, and any reorganization revolves around a firm time slot.

Both Mori and CEO Toshiro Muto have said the the cost of rescheduling will be “massive” — local reports suggest several billion dollars — with most of the expenses borne by Japanese taxpayers.