McConnell, a Kentucky Republican, told conservative radio host Hugh Hewitt on Tuesday that the deadly virus "came up while we were tied down on the impeachment trial. And I think it diverted the attention of the government, because everything every day was all about impeachment.''

The Trump administration has been severely criticized for its slow response to the spreading pandemic, especially for the shortage of coronavirus testing kits when the infection first spread to the U.S. from China. Trump initially downplayed the crisis, comparing it to the seasonal flu and declaring it may go away on its own. The administration also has been criticized for not supplying needed protective medical gear for health care workers tackling the crisis. 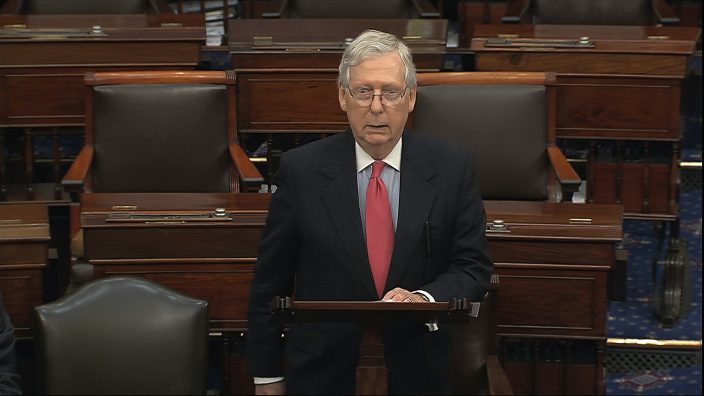 In this image from video, Senate Majority Leader Mitch McConnell, R-Ky., speaks on the Senate floor at the U.S. Capitol in Washington, Wednesday, March 25, 2020. (Senate Television via AP)

McConnell said Republican Sen. Tom Cotton of Arkansas was among the first in Congress to raise an alarm about the virus. Cotton, an outspoken critic of China's communist government, has said he does not trust China to act truthfully about the virus.

“He was first, and I think Tom was right on the mark,'' McConnell said. ”Tom figured this out early, and he was absolutely right.

Cotton said earlier this month he was looking into holding China "accountable" for the coronavirus pandemic, which he referred to as the "Wuhan coronavirus.'' The virus originated in the Chinese city of Wuhan. 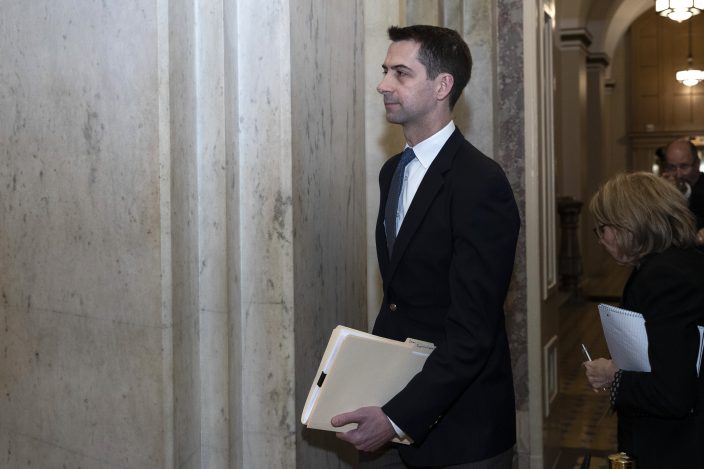 The U.S. death toll from the coronavirus has climbed past 3,500, eclipsing China’s official count.

The Trump administration briefed the Senate on Jan. 24 — during the impeachment trial — but the threat posed by the virus was not widely understood.