The U.S. Coast Guard has directed all cruise ships to remain at sea where they may be sequestered “indefinitely" during the coronavirus pandemic and be prepared to send any severely ill passengers to the countries where the vessels are registered.

For most of the South Florida's cruise ships, that means the Bahamas, where people are still recovering from last year's hurricanes.

The rules, which apply to any vessel carrying more than 50 people, were issued in a March 29 safety bulletin signed by Coast Guard Rear Admiral E.C. Jones, whose district includes Florida, Georgia, South Carolina and Puerto Rico. 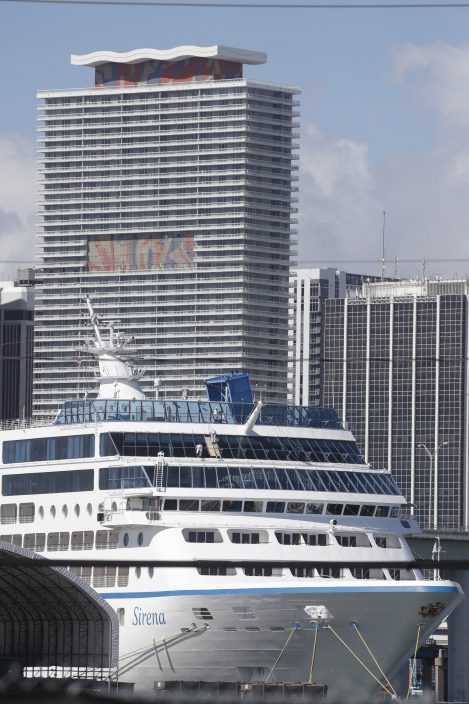 More than two dozen cruise ships are either lined up at Port Miami and Port Everglades or waiting offshore, the Miami Herald reported. Most have only crew aboard, but several still carry passengers and are steaming toward South Florida ports. Carnival notified the SEC Tuesday that it has more than 6,000 passengers still at sea.

Federal, state and local officials have been negotiating over whether two Holland America cruise ships that had been stranded off the coast of Panama with sick and dead passengers would be allowed to dock at Port Everglades this week. More than 300 American citizens are on the two ships.

The Zaandam, which set sail in early March on a South American cruise, is carrying sick passengers and crew, while passengers not showing symptoms were transferred to a sister ship, the Rotterdam, sent to the region to help. Both ships cleared the Panama Canal and are sailing toward Florida. Two of four deaths on the Zaandam have been blamed on COVID-19 and nine people have tested positive for the novel coronavirus, the company said. 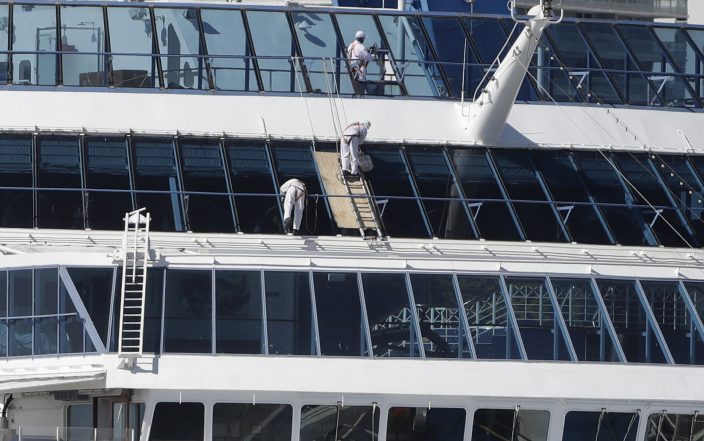 Florida Gov. Ron DeSantis said Tuesday that the state's healthcare system is stretched too thin to take on the coronavirus caseload from the Zaandam. “Just to drop people off at the place where we're having the highest number of cases right now just doesn't make a whole lot of sense," DeSantis said.

President Donald Trump said later that he would speak with his fellow Republican. “They're dying on the ship,” Trump said. “I'm going to do what's right. Not only for us, but for humanity.”

Under normal conditions, when a passenger or crew member become too ill for the ship's medical team to care for, they call the Coast Guard to provide a medical evacuation to an onshore hospital. Under the new rules, sick passengers would be sequestered indefinitely on board.

“This is necessary as shore-side medical facilities may reach full capacity and lose the ability to accept and effectively treat additional critically-ill patients," the memo said.

The document requires all ships in U.S. waters to report their numbers of sick and dead on board each day or face civil penalties or criminal prosecution.

Cruise ships with sick passengers must consult with the Coast Guard, which may now recommend keeping the sick person on board the ship. The Coast Guard will decide if a transfer is absolutely necessary, but the cruise line would be responsible for arranging on-shore transportation and hospital beds.

More protests set in NYC amid lingering tensions over c ...

After another mostly peaceful nigh ...

Carnival to resume cruises in summer when virus order ends

Another cruise ship with virus victims docking in Florida