The European Union’s top court ruled Thursday that the Czech Republic, Hungary and Poland broke EU law by refusing to comply with a refugee quota program launched after well over a million migrants entered the bloc, most fleeing war in Syria and Iraq.

In an emergency move in 2015, EU nations agreed to relocate up to 160,000 refugees from Italy and Greece as those two countries buckled under the number of migrant arrivals. Five years on, Greece is still struggling to manage the burden, with thousands of people held in deplorable conditions in the Greek islands.

That “temporary relocation mechanism” decision was made in a vote requiring about a two-thirds majority among the EU member countries — 28 at the time. The Czech Republic, Hungary and Poland were among a small group of nations that voted against the move. 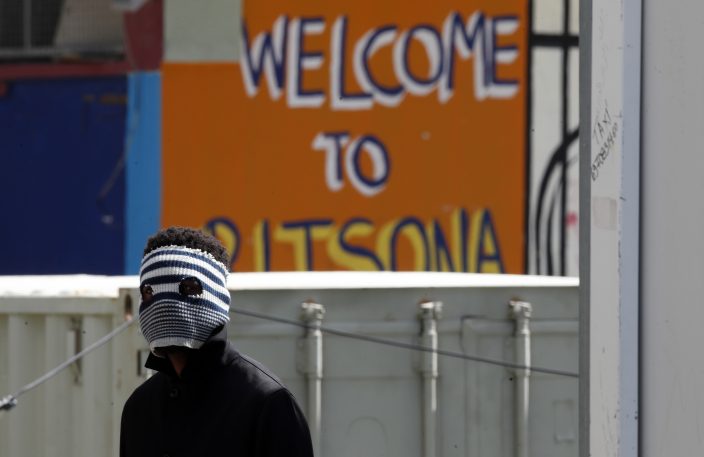 A young migrant covering his face to protect from the new coronavirus stands at the entrance of the Ritsona refugee camp about 80 kilometers (50 miles) north of Athens on Thursday, April 2, 2020. Greek authorities have placed the refugee camp under 14 days quarantine after 20 of its residents tested positive for the COVID-19. During this period nobody would be allowed in or out of the facility. (AP PhotoThanassis Stavrakis)

In the end, only about 40,000 refugees were relocated. The Czech Republic, Hungary and Poland took in almost none over the two years the scheme was in operation. The EU’s executive arm, the European Commission, sought an explanation but they gave no satisfactory answers.

In its ruling, the European Court of Justice said that “by refusing to comply with the temporary mechanism for the relocation of applicants for international protection, Poland, Hungary and the Czech Republic have failed to fulfill their obligations under European Union law.”

The three had argued that EU countries alone are responsible for ensure public safety and not the commission, which drew up the quota scheme and took the countries to court.

But the Luxembourg based ECJ said they “can rely neither on their responsibilities concerning the maintenance of law and order and the safeguarding of internal security, nor on the alleged malfunctioning of the relocation mechanism to avoid implementing that mechanism.”

The failure of nations to take part in a burden-sharing measure meant to help EU partners in distress was at the heart of one of the bloc’s biggest political crises. The issue of immigration then became a major vote-winner for far-right parties.

“The key thing is that we won’t accept any migrants and that the quota system ceased to exist in the meantime,” he told local media. “And that happened due to us, mainly,” said Babis who is known for his anti-migrant rhetoric.

Hungarian Justice Minister Judit Varga said that “the idea of the ‘migrant quota’ was unreasonable from the beginning and it was never fully implemented by almost any country.” She said Hungary “will continue to fight against the European mainstream, who still do not understand that supporting migration is not a good response to the problems of Europe.”

But European Commission President Ursula von der Leyen welcomed the decision, which she said will be useful as the EU's executive arm draws up a new “Pact for Migration” aimed at resolving longstanding differences over asylum policy and migration management more generally.

“The ruling is important. It is about the past, but it will guide our work in the future," von der Leyen told reporters.

Pablo Gorondi in Budapest and Karel Janicek in Prague contributed to this report.