He ran marathons on every continent, including Antarctica — 83 of them in all, many followed by a visit to an obscure craft brewery. Last year, he watched 365 movies — most of them in theaters. And Anick Jesdanun made sure — always — that when millions of people read his coverage of the internet and its ripples, they got all the facts and the context they needed.

For more than two decades, Jesdanun helped generations of readers understand the emerging internet and its impact on the world. And while his work may have been about screens and computers and virtual networks, Jesdanun’s large life was about the world and exploring all of the corners of it that he could, virtual and physical alike. 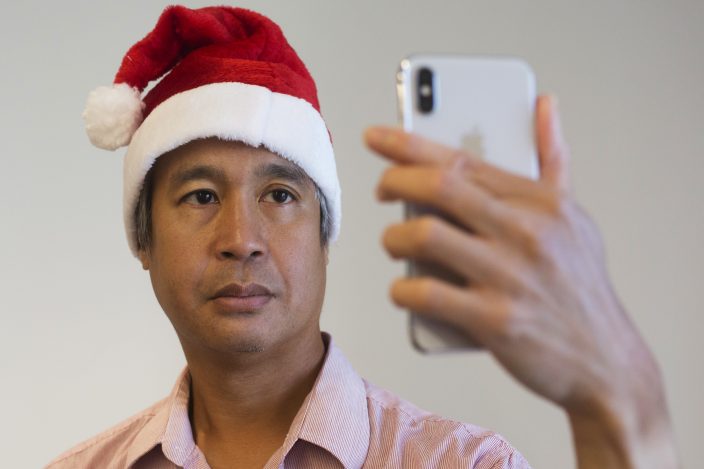 FILE - In this Oct. 30, 2017, file photo, Associated Press reporter Nick Jesdanun demonstrates Face ID, Apple's name for its facial-recognition technology, on an iPhone X in New York. Jesdanun, 51, deputy technology editor for The Associated Press, died in New York City on Thursday, April 2, 2020, of coronavirus-related complications, his family said. For two decades, he was a journalist who helped a generation of readers understand the emerging internet and its impact on the world. (AP PhotoMark Lennihan, File)

“Before people knew the internet was full of falsehoods, he was the guy who said, `We’d better check that,’” said his colleague, AP technology writer Michael Liedtke.

Jesdanun, known as Nick, was the first AP reporter to be given the “internet writer” byline two decades ago, when the world was less than 10 years into using the network widely.

His early work focused on how the internet was changing everything: dating, reading, photography, democracy, access to health care. In 2000, he wrote about how internet-connected devices would be tracking our locations — something that was still years in the future. 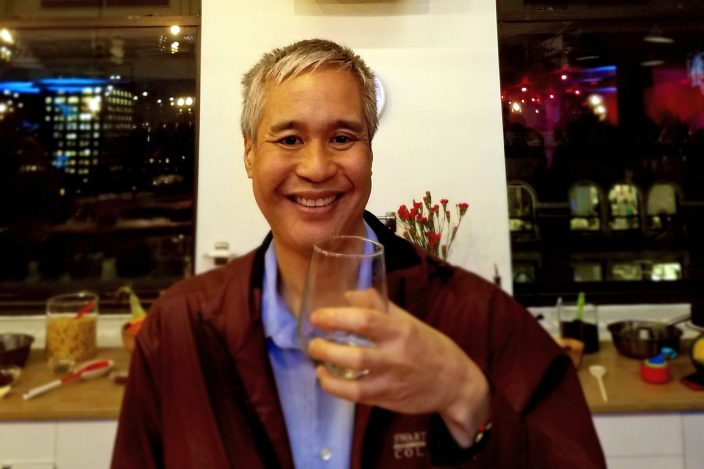 THis March 1, 2018 photo shows Anick Jesdanun in New York. Jesdanun, 51, deputy technology editor for The Associated Press, died in New York City on Thursday, April 2, 2020, of coronavirus-related complications, his family said. For two decades, he was a journalist who helped a generation of readers understand the emerging internet and its impact on the world. (AP PhotoMae Anderson)

By example, conversation and hands-on editing, Jesdanun, working from a desk renowned for its messiness, taught a generation of AP journalists how to cover technology in ways that were understandable and accessible but unparalleled in their depth.

“Nick was the steady bulwark of AP’s tech team for two decades,” said Frank Bajak, AP’s first technology editor. “He had the deepest institutional memory of AP’s tech coverage and patiently educated dozens of novice colleagues in all things digital.”

As the internet grew and its pitfalls become more evident, Jesdanun wrote about everything from Facebook’s privacy travails to government regulations. He also found time to cover things closer to his heart, one of which appeared under this headline in February: “How to binge on Oscar movies in cinemas for cheap.” 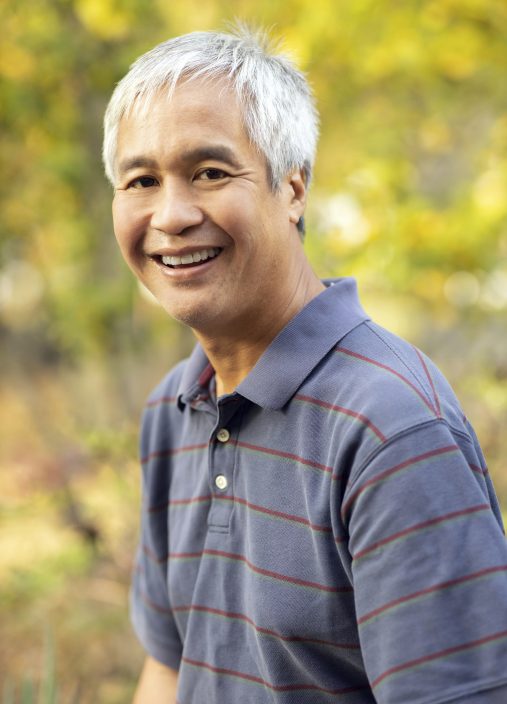 This undated photo shows Anick Jesdanun in New York. Jesdanun, 51, deputy technology editor for The Associated Press, died in New York City on Thursday, April 2, 2020, of coronavirus-related complications, his family said. For two decades, he was a journalist who helped a generation of readers understand the emerging internet and its impact on the world. (Arin Sang-urai via AP)

“There’s still no substitute for a movie theater,” he wrote in a first-person story last year.

Quick with a smile, Jesdanun sometimes let his sillier side loose in AP’s “Tech Tests.” These often included video shorts in which he would run new gadgets through the paces (and occasionally give his nieces cameo roles). When the iPhone’s face-recognition model came out in 2017, he filmed a mostly deadpan video of him trying to stump it with everything from a Santa beard to a fake nose and mustache.

While Jesdanun could seem reserved to those who didn’t know him, his colleagues talked of an embrace of the world that he carried into his work and that ensured his technology journalism was grounded in what people cared about.

And tech writer Mae Anderson, whose office desk was by Jesdanun's, remembered how they'd visit tech industry events and Jesdanun wouldn't relent until his sources produced the information he was looking for.

“He always kept asking questions and pressing people to answer questions," she said, "much past the point I ever would. And it made the subsequent stories much better.”

Jesdanun’s running, which he embraced “later in life,” was part of that commitment to engaging with his surroundings, said his cousin, Risa Harms.

“It was a life force for him, a way for him to see the world and to meet people,” she said. “He’s a doer. He’s not somebody who felt comfortable being a recreational tourist. He visited a place and wanted to have something to do there. So he did a marathon.”

Jesdanun, a Pittsburgh native who grew up in New Jersey, was a 1991 graduate of Swarthmore College. He worked in AP bureaus in Philadelphia, Harrisburg and Washington before moving to New York. When he left Philadelphia for Harrisburg in 1993, he sublet his apartment to a colleague and left behind only a few pieces of furniture and, hanging from the ceiling, a glittering disco ball.

“Do what you want with the rest,” Jesdanun told his tenant, “but the disco ball stays.”

Barbara Ortutay, an AP tech writer and Jesdanun’s close friend, spent countless nights over the past 15 years hanging out with him at outdoor philharmonic concerts and movies around New York City. He was serious about photography and “was always documenting everything,” she said.

“He loved Chinese pork buns and always bought some for the rest of us in the office,” Ortutay said Friday. “One of our last texts was about pork buns, and I thought he’d turned a corner because he said he wanted one.”

Jesdanun is survived by his parents, Adisak and Orabhin Jesdanun; a brother, Gary Jesdanun; and three nieces and several cousins. The AP, the only employer Jesdanun ever worked for, is planning a virtual memorial service at some point to give colleagues and friends the opportunity — in an undesired but perhaps appropriate forum — to remember its first internet writer.

“Nick was a kind and gentle colleague who was deeply admired by everyone he worked with,” said AP deputy managing editor Sarah Nordgren, who oversees technology news. “He loved the AP and his work, and it showed every day.”