President Donald Trump is pitching an unapproved medicine for COVID-19 sufferers that science has not concluded is effective or safe. “Take it,” he said of the drug.

His straight-ahead advocacy of hydroxychloroquine, a malaria drug, is the latest and one of the most consequential examples of Trump and public-health authorities not being on the same page in the pandemic. 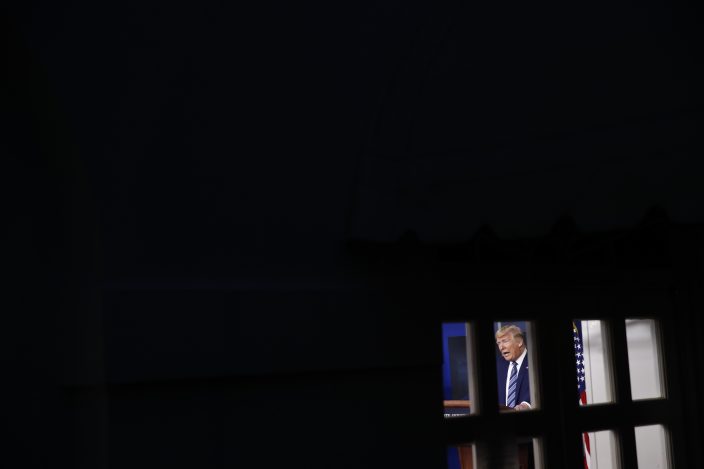 His statement came on a weekend when Trump also misrepresented the facts behind his firing of the intelligence community’s inspector general whose handling of a whistleblower complaint led to impeachment proceedings against the president.

A look at his weekend remarks: 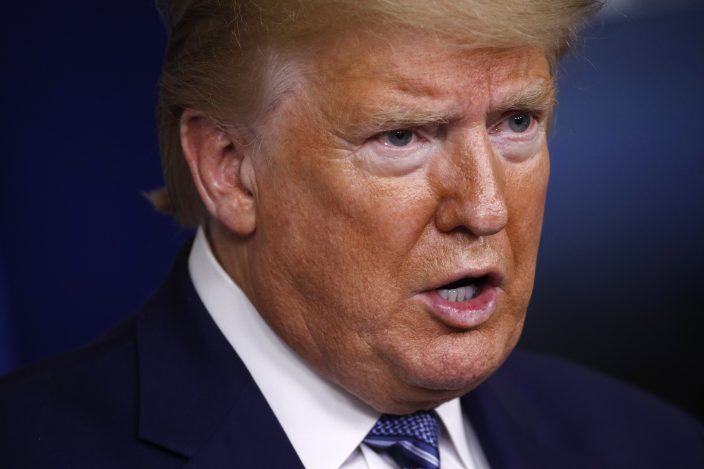 TRUMP, on the government’s decision to stockpile millions of doses of hydroxychloroquine drug to make it available for patients with COVID-19: “What do you have to lose? I’ll say it again: What do you have to lose? Take it. I really think they should take it. But it’s their choice and it’s their doctor’s choice, or the doctors in the hospital. But hydroxychloroquine — try it, if you’d like.” — news briefing Saturday.

TRUMP: “They say taking it before the fact is good. ... I’m not acting as a doctor. I'm saying do what you want. ... It can help them but it’s not going to hurt them." — briefing Sunday night.

THE FACTS: He's making unverified claims about a drug that can have serious side effects and may not work. The drug has not been approved as a treatment for COVID-19 and Trump’s own health experts say more studies are needed to know whether it’s safe and effective to use.

The president has been talking up hydroxychloroquine, a drug long used to treat malaria, rheumatoid arthritis and lupus, after very small preliminary studies suggested it might help prevent coronavirus from entering cells and possibly help patients clear the virus sooner. Doctors can already prescribe the malaria drug to patients with COVID-19, a practice known as off-label prescribing.

But the drug has major potential side effects, especially for the heart, and large studies are underway to see if it is safe and effective for treating coronavirus.

“We still need to do the definitive studies to determine whether any intervention, not just this one, is truly safe and effective,” he said on Fox News.

The American Medical Association, the American Pharmacists Association and the American Society of Health-System Pharmacists in a joint statement previously cautioned against "prophylactically prescribing medications currently identified as potential treatments for COVID-19.” That means prescribing a medicine for the purpose of warding off a disease or preventing its spread.

THE FACTS: He got the year wrong for the Spanish flu and appeared to overstate deaths from it. The pandemic spread from early 1918 to late 1920. It killed an estimated 50 million or more worldwide, with about 675,000 of the deaths in the U.S., says the Centers for Disease Control and Prevention.

TRUMP, on firing Michael Atkinson, the intelligence community inspector general: “I thought he did a terrible job. Absolutely terrible. He took a whistleblower report, which turned out to be a fake report — it was fake. It was totally wrong.” — news briefing Saturday.

THE FACTS: No, the whistleblower’s accusations have not been shown to be wrong. Key details have been corroborated.

For example, the White House account of Trump’s July 25, 2019, phone call with Ukraine’s new president showed that the whistleblower had accurately summarized the conversation, as relayed by unidentified U.S. officials, in the complaint Atkinson sent to the acting director of national intelligence. Witnesses who heard the call testified to the accuracy of that account.

TRUMP, suggesting that Atkinson had claimed that the whistleblower complaint regarding Ukraine should be discounted because of political bias: “He even said it was politically biased. He actually said that.” — news briefing Saturday.

THE FACTS: He actually did not say that.

Atkinson did not state that the complaint was “politically biased” or suggest that it should not be regarded seriously. To the contrary, Atkinson wrote in a letter to Joseph Maguire, then the acting director of national intelligence, that any potential bias on the whistleblower’s part did not take away from his overall conclusion that the complaint was “credible.” He noted that an initial review by his inspector general’s office had found support for key allegations in the complaint, including that Trump had put pressure on Ukraine’s leader to take action favorable to his re-election campaign.