Emergency teams in Ukraine on Monday continued battling a forest fire in the contaminated area around the Chernobyl nuclear power plant that has raised radiation fears.

Two blazes erupted Saturday in the zone around Chernobyl that was sealed after the 1986 explosion at the plant.

Firefighters said they have managed to localize one of the fires in an area of about five hectares (12 acres), but the second one continued burning, covering about 20 hectares (50 acres). They said they were using aircraft to extinguish the blaze. 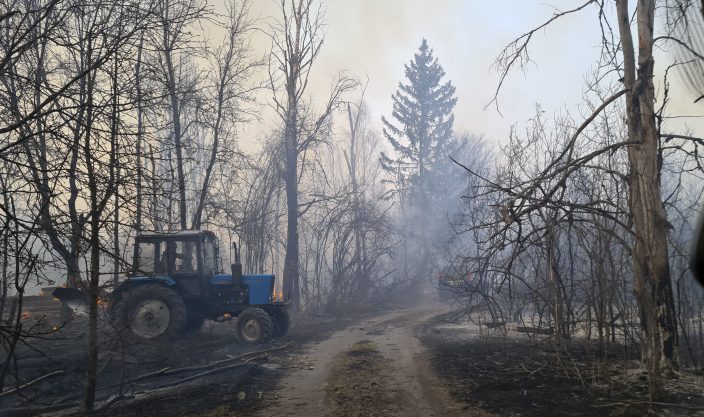 Chernobyl zone workers extinguish a forest fire burning near the village of Volodymyrivka, in the exclusion zone around the Chernobyl nuclear power plant, Ukraine, Sunday April 5, 2020. Ukrainian firefighters are laboring to put out two forest blazes in the area around the Chernobyl nuclear power station that was evacuated because of radioactive contamination after the 1986 explosion at the plant. (AP PhotoYaroslav Yemelianenko)

The 2,600-square-kilometer (1,000-square-mile) Chernobyl Exclusion Zone was established after the April 1986 disaster at the plant that sent a cloud of radioactive fallout over much of Europe. The zone is largely unpopulated, although about 200 people have remained despite orders to leave. Blazes in the area have been a regular occurrence.

NHL adopts 24-team playoff format if it can resume seas ...

The NHL announced Tuesday it will ...