Resuming the NBA season with the start of the playoff is one option for the league. Most teams had about 15 games left to play in the regular-season schedules when play was halted on March 11, and not everyone had played the same amount of games.

But in this unprecedented situation, games won’t resume until well beyond the originally scheduled April 15 end of the regular season. If the NBA does decide to resume the season with the playoffs, here is a look at those potential matchups: 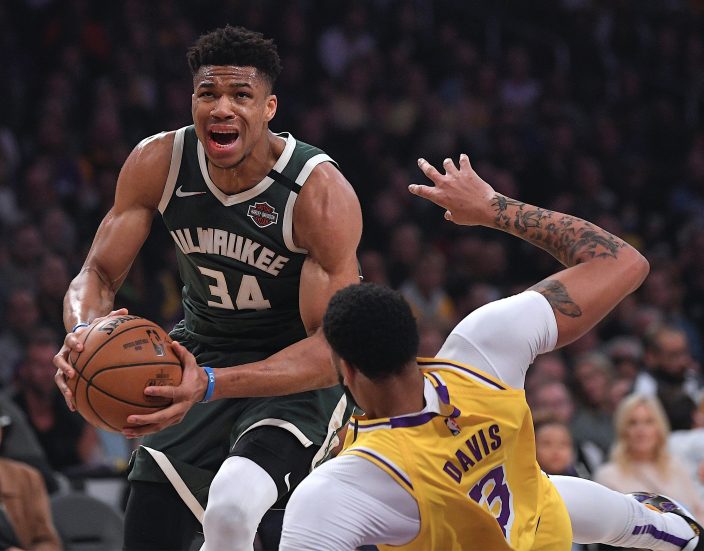 FILE - In this March 6, 2020, file photo, Milwaukee Bucks forward Giannis Antetokounmpo (34) knocks down Los Angeles Lakers forward Anthony Davis as he drives to the basket during the first half of an NBA basketball game in Los Angeles. Antetokounmpo is spending much of his time during the coronavirus-imposed hiatus working out, helping care for his newborn son and playing occasional video games. What the reigning MVP isn’t doing very often is shooting baskets now that the NBA has closed down team practice facilities. (AP PhotoMark J. Terrill, File)

No. 1 Milwaukee Bucks vs. No. 8 Orlando Magic

Last season Giannis Antetokounmpo led the top-seeded Bucks all the way to the Eastern Conference finals and a 2-0 lead over the Raptors. But after losing four straight and getting eliminated, Antetokounmpo vowed to come back stronger this season. The reigning MVP has done just that. Milwaukee is again the team to beat in the East. And Antetokounmpo is a candidate to win the award for a second straight season, increasing his scoring (29.6 points per game), rebounding (13.7 ppg) and 3-point percentage (30.6%) in the process.

Orlando was fighting to hold onto a playoff spot before the season was paused, but had won six out of nine getting strong performances by Terrence Ross, Nic Vucevic, Michael Carter-Williams and 2017 No. 1 overall pick Markelle Fultz. One positive of the stoppage is that it will give Evan Fournier (sprained elbow) and Jonathan Isaac (left knee sprain) extended time to rehab and possibly return. 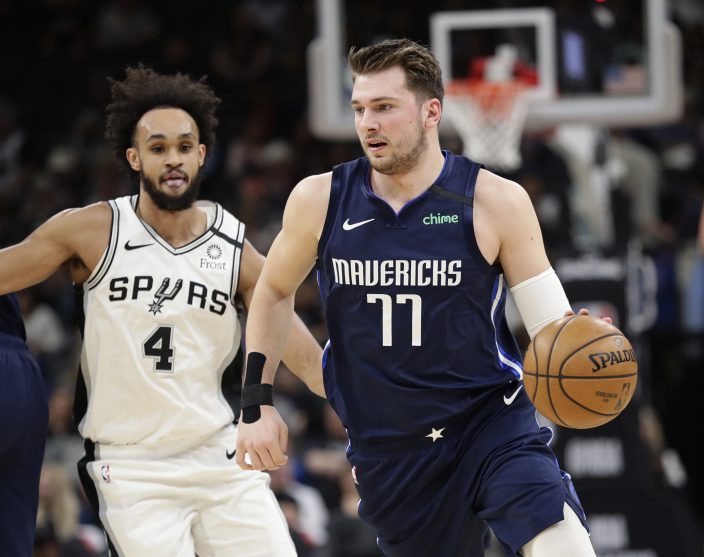 The Heat have been one of the NBA’s hottest teams of late. They have the third-best home record in the East, largely thanks to the play of All-Stars Jimmy Butler and Bam Adebayo.

Butler has found resurgence in his first season in Miami, leading the team in scoring averaging 20.2 points per game, to along with 6.6 rebounds and 6.1 assists. Adebayo has also emerged in his third NBA season, averaging 16.2 points and 10.5 rebounds. 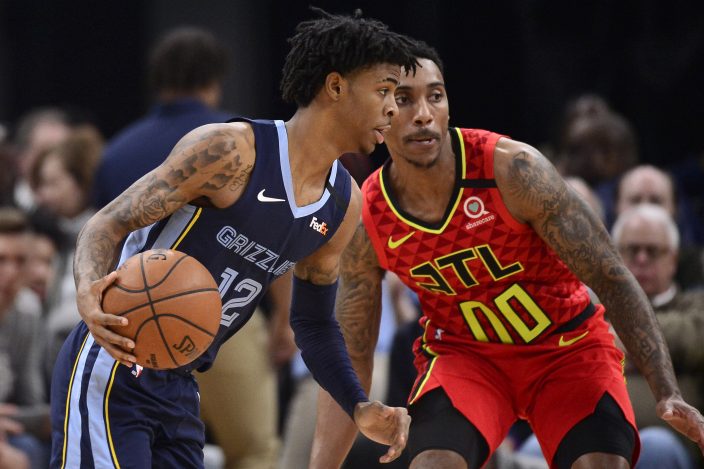 Indiana also was surging, winning 7 out of 10. One beneficiary of the break will be guard Malcolm Brogdon. Indiana’s third-leading scorer (16.3 ppg), he has been out since March 6 with a torn left hip.

The Heat have won both meetings with the Pacers this season.

No. 2 Toronto Raptors vs. No. 7 Brooklyn Nets

First-time All-Star Pascal Siakim has stepped up to help fill the void of Kawhi Leonard’s departure, averaging a team-best 23.6 points per game. He leads a balanced Raptors’ attack that features six players averaging in double-figures.

Brooklyn is a team in flux following the sudden dismissal of Kenny Atkinson as coach. Jacques Vaughn is 2-0 since taking over, but would be leading a team minus both Kevin Durant (Achilles tendon surgery rehab) and Kyrie Irving following his shoulder surgery in February.

First-time All-Star Jayson Tatum is having a breakout third season. He’s leading the team in scoring (23.6 ppg) and is second in rebounding (7.1). It's helped the Celtics become a threat to win the East following the free agency departure of Irving.

If could make for an intriguing paring with the 76ers, assuming they can get healthy. Joel Embiid (23.4 ppg, 11.8 rpg) has played just 44 games and battled recent shoulder issues. Ben Simmons is recovering from a pinched nerve in his back.

No. 1 Los Angeles Lakers vs. No. 8 Memphis Grizzlies

The Lakers have played about as well as they could have hoped following the addition of Anthony Davis. They have the best record in the West and are 13-3 since the start of February.

James is getting MVP buzz and Davis has helped take the pressure off him. They also posted back-to-back wins over the Bucks and Clippers prior to the suspension of the season.

The presence of Memphis’ Ja Morant would bring more attention to this series. He had 27 points and 14 assists in a win over the Lakers in February..

No. 4 Utah Jazz vs. No. 5 Oklahoma City Thunder

The revelation that Jazz All-Star center Rudy Gobert’s positive test for COVID-19 just minutes before the Thunder and Jazz were scheduled to tip-off their matchup on March 11 resulted in the postponement of that game and led to the rolling shutdown across the sports world.

Gobert’s teammate Donovan Mitchell has also tested positive. Gobert and Mitchell are the Jazz’s top two scorers, so intrigue around this potential pairing would be huge on multiple levels.

The teams have split their two meetings this season.

No. 2 Los Angeles Clippers vs. No. 7 Dallas Mavericks

The Clippers have at times looked like one of the league’s best offenses and are fourth in the NBA averaging 116.2 points per game.

Kawhi Leonard’s scoring (26.9 ppg) and shooting (46.9%) are also on par with his production last season in Toronto. Paul George also has been solid. But teams, including the Lakers, have been able to take advantage of Lou Williams at times in the pick-and-roll. That’s something coach Doc Rivers will need to figure out.

It would make for an interesting pairing opposite a Mavericks team led by All-Star Luka Dončić.

No. 3 Denver Nuggets vs. No. 6 Houston Rockets

If they had their choice, these teams would likely rather avoid a first-round matchup with one another.

They’ve split their two meetings this season, with only one game decided by fewer than 10 points.

The Nuggets are giving up just 107.4 points per game, tied for eighth-fewest in NBA. But James Harden hasn’t scored fewer than 27 points in any of the three games he’s played against Denver this season.

Nikola Jokić also figures to be a problem for Houston, which is allowing 114.4 points a game.

A fourth day of protests against p ...