The men’s and women’s professional tennis tours are examining contingency plans for post-coronavirus rescheduling, including the possibility of pushing back the end of the 2020 season.

The heads of the WTA and ATP said Monday their groups are working together on ways to assemble a new calendar. Under consideration: moving postponed tournaments into weeks that already have events and making the season longer than it already is by playing past the tours’ originally slated November finishes.

As of now, all of pro tennis is suspended at least until July 13 because of the COVID-19 outbreak. That is the day after Wimbledon was supposed to end; the All England Club announced last week it was canceling the oldest Grand Slam tournament for the first time since it was shelved from 1940-45 during World War II. 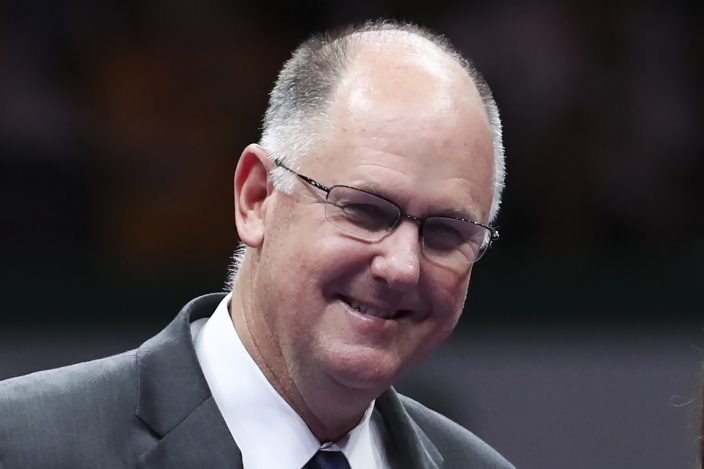 FILE - In this Oct. 29, 2017, file photo, WTA Chief Executive Officer Steve Simon smiles during a retirement ceremony for Martina Hingis in Singapore. The heads of the ATP and WTA professional tennis tours tell the AP that they are coordinating with each other as they weigh how to reschedule the sport’s calendar for whenever play can resume after the COVID-19 pandemic.(AP PhotoYong Teck Lim, File)

WTA Chairman Steve Simon said in a statement emailed to the AP that the women’s tour “is diligently working with our tournaments to maximize earning possibilities when the professional tennis circuit is able to resume and is considering an extension to the current 44-week season to enable more tournaments to take place.”

The tours have been periodically telling tournaments, players and the public how long the suspension will last. Another update is expected by the middle of May.

ATP Chairman Andrea Gaudenzi said the men’s tour ideally would like to finish the season on time in November if competition can resume in July. 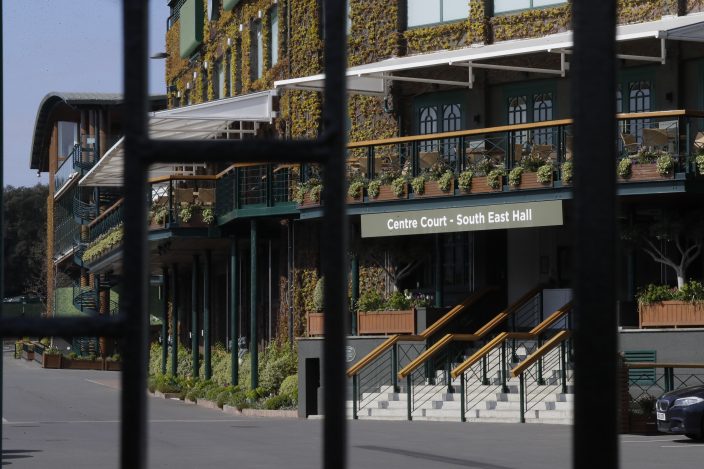 A general view through the main gates to Wimbledon as it is announced the the Wimbledon tennis Championships for 2020 has been cancelled due to the coronavirus in London, Wednesday, April 1, 2020. The new coronavirus causes mild or moderate symptoms for most people, but for some, especially older adults and people with existing health problems, it can cause more severe illness or death.(AP PhotoKirsty Wigglesworth)

But he also said: “Nothing is ruled out at this stage.”

“We are currently assessing a number of revised calendars based on different return dates for the Tour, with the aim of rescheduling as many tournaments as possible,” Gaudenzi said in a statement emailed to the AP.

“We are liaising closely with the other governing bodies with the common goal of trying to salvage as much of the season as possible,” he said, “once it is safe for the Tour to resume.” 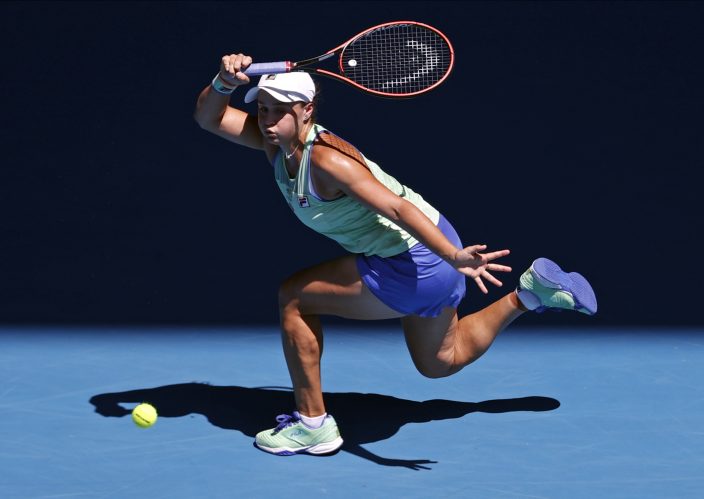 FILE - In this Jan. 30, 2020, file photo, Australia's Ashleigh Barty makes a forehand return to Sofia Kenin of the U.S. during their semifinal match at the Australian Open tennis championship in Melbourne, Australia. The heads of the ATP and WTA professional tennis tours tell the AP that they are coordinating with each other as they weigh how to reschedule the sport’s calendar for whenever play can resume after the COVID-19 pandemic. (AP PhotoAndy Wong, File)

More than 1.3 million people worldwide have been confirmed infected with the novel coronavirus, and more than 70,000 have died, according to Johns Hopkins University. The true numbers are certainly much higher, because of limited testing, different ways nations count the dead and deliberate under-reporting by some governments.

In recent weeks, nearly all sports events around the globe have been canceled, rescheduled or indefinitely postponed.

Tennis finds itself in a somewhat unique position because of the international travel required of athletes from week to week, the players’ status as independent contractors and the lack of one overarching governing body. 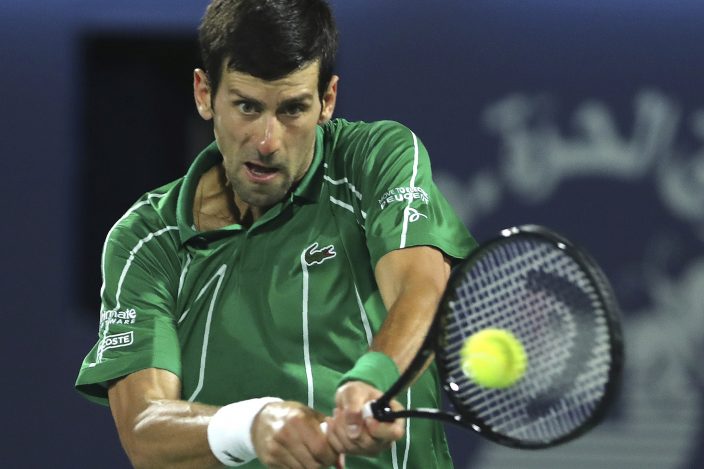 FILE - In this Feb. 29, 2020, file photo, Serbia's Novak Djokovic returns the ball to Stefanos Tsitsipas of Greece during the final match of the Dubai Duty Free Tennis Championship in Dubai, United Arab Emirates. The heads of the ATP and WTA professional tennis tours tell the AP that they are coordinating with each other as they weigh how to reschedule the sport’s calendar for whenever play can resume after the COVID-19 pandemic. (AP PhotoKamran Jebreili, File)

While superstars such as Serena Williams, Roger Federer, Rafael Nadal and Novak Djokovic have earned millions upon millions over the years — more from sponsorships than prize money — lower-ranked players depend on playing regularly in tournaments for their income.

Simon said Monday that the WTA “unfortunately is not in a financial position” to compensate “everyone, especially those in need the most ... at the level they were expecting.”

“Our hearts go out to the fans, the players and the tournaments, including the tournament staff — none of whom are getting what they were counting on,” Simon said.

The combined ATP-WTA Madrid Open, which was supposed to be played May 1-10, announced Monday it will have a video game version of the tournament on April 27-30, with players swinging controllers instead of rackets.

About $325,000 in prize money will go to the winners, who then can decide what portion of that will be donated to tennis players who need financial help. Another $55,000 will be used to reduce the social impact of the pandemic.

Cannes announces lineup for a festival canceled by COVI ...