NBA Commissioner Adam Silver does not expect any decisions to be made until at least May about the possible resumption of the 2019-20 season, saying the coronavirus pandemic simply makes it too difficult to project what will happen next.

Silver spoke on Monday on the NBA’s Twitter account as part of the league’s new NBATogether initiative, in a conversation hosted by Turner Sports’ Ernie Johnson.

“Essentially, what I’ve told my folks over the last week is that we just should just accept that, at least for the month of April, we won’t be in a position to make any decisions,” Silver said. “And I don’t think that necessarily means on May 1 we will be.” 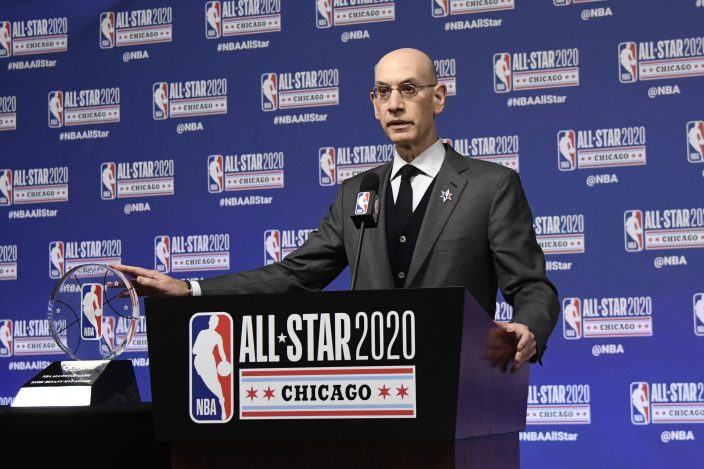 The NBA was the first of the major U.S. pro leagues to shut down because of the COVID-19 threat, doing so after Utah Jazz center Rudy Gobert became the first player in the league to test positive for the virus. The league’s regular season was to end April 15, and the playoffs were to begin April 18.

Silver said no decision has been made about whether the regular season will resume, or if the league — assuming the season can begin again — will go right to the playoffs.

Postponed Tokyo Olympics could be downsized and simplif ...

The Japanese public is being prepa ...