What remains uncertain for the 18-year-old Rimouski Oceanic forward and hundreds of fellow prospects is learning when and by whom they will be selected.

Forward Quinton Byfield and defenseman Jamie Drysdale, both from the Toronto area, were ranked second and third among North American prospects. Forward Tim Stuetzle, the German professional league’s rookie of the year, was ranked as the top European prospect. 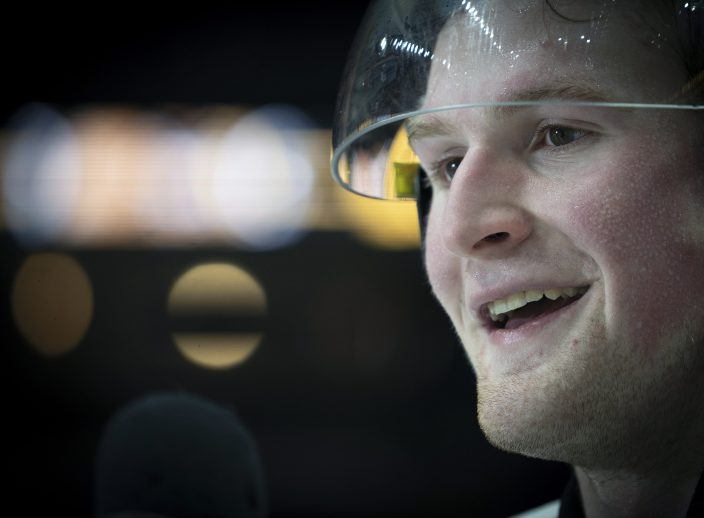 FILE - In this Jan. 16, 2020, file photo, Team White left winger Alexis Lafreniere smiles following hockey's CHL Top Prospects Game in Hamilton, Ontario. Lafrenière has nothing to do but wait now that his Canadian junior hockey season is over, and uncertainty over when the NHL draft will take place as a result of the new coronavirus. (Peter PowerThe Canadian Press via AP, File)

At 6-foot-1 and 200 pounds, Lafrenière has consistently topped the NHL scouting bureau’s list of draft-eligible prospects.

Lafrenière would have the opportunity to become first Quebec-born player selected with the first pick since goalie Marc-Andre Fleury by Pittsburgh in 2003. 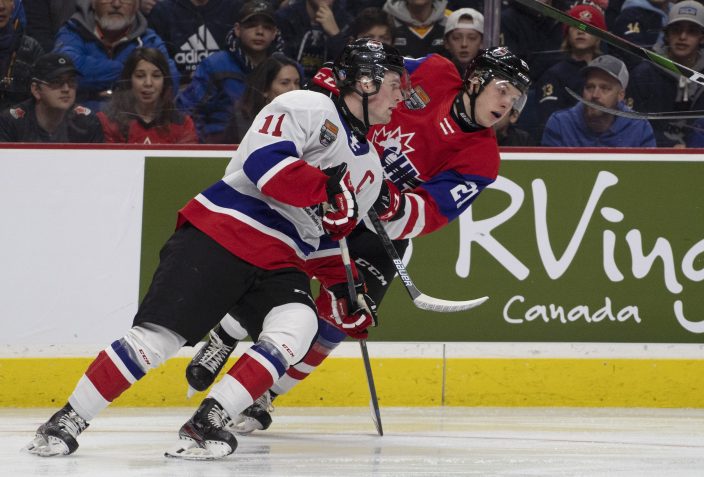 The NHL draft, scheduled to take place in Montreal in late June, has been postponed. So has the draft lottery to determine the top seedings and weeklong pre-draft combine in Buffalo, New York. The draft can’t feasibly be held until the playoffs are completed or the entire season canceled.

That places the likelihood of the NHL holding the draft in September or as late as October.

And there is uncertainty over whether draft will go on as normal, with teams and fans gathering in an arena or instead closing the event to the public. That happened in the summer of 2005 when teams held the draft in a ballroom after the previous season was wiped out because of a lockout. 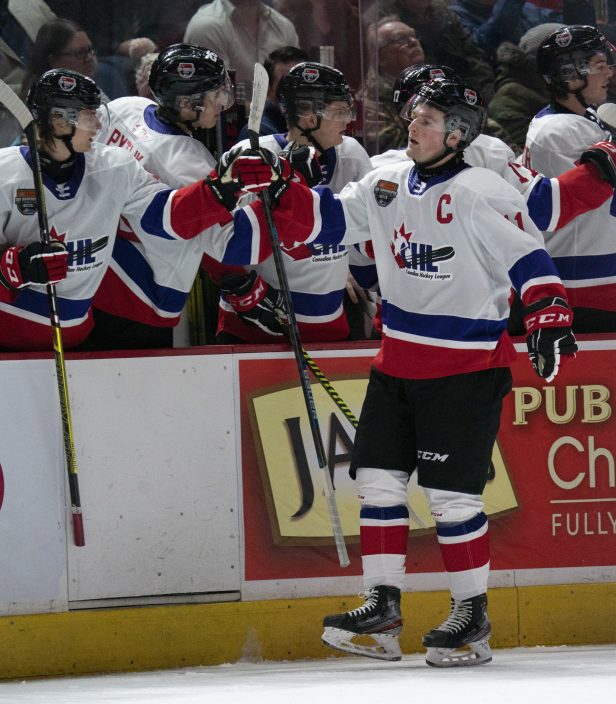 The postponements hit home for Lafrenière, who is from suburban Montreal and was looking forward to hearing his name announced at the Canadiens’ Bell Centre in June.

He took the news in stride last month,by saying: “For sure if the draft is online, it’s going to be different for us. But we’re still going to enjoy our time and still be happy there.”

Overall, Lafrenière has 114 goals and 183 assists for 297 points in 173 games. In January, he captained Canada’s gold-medal-winning team and earned MVP honors at the world junior championships.

In the past, the draft order among the 15 non-playoff teams was determined by lottery balls, with the team with the worst record receiving the best odds to win the top pick.

Though the season is incomplete, the Detroit Red Wings had already assured themselves of finishing 31st with a 17-49-5 record and 39 points, 23 behind Ottawa. Only six points separate Ottawa and Buffalo, which sits 25th.