A Lebanese prosecutor on Monday charged a senior central bank official with manipulation of the exchange rate and money laundering as part of an ongoing probe amid the country's financial turmoil.

The move reflects a growing clash between the central bank and the government at a critical time, as Lebanon is negotiating with the International Monetary Fund over a rescue plan amid an unprecedented economic crisis. 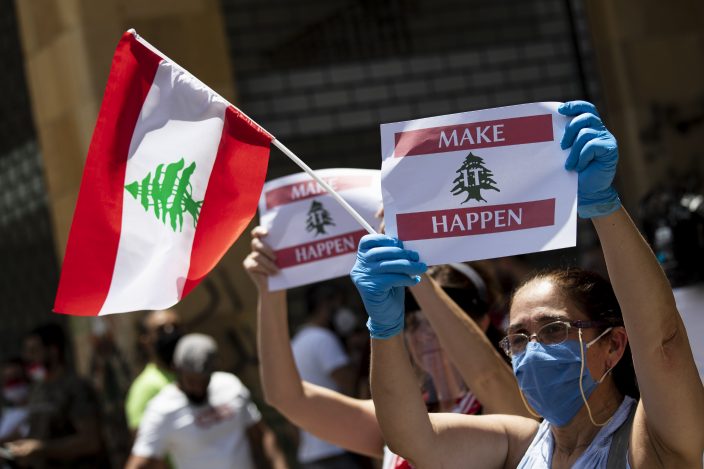 Anti-government protesters shout slogans while wearing masks to help curb the spread of the coronavirus during ongoing protests in front of the Ministry of Economy, in downtown Beirut, in Beirut, Lebanon, Monday, May 18, 2020. (AP PhotoHassan Ammar)

He is the most senior official to be named in an ongoing probe into possible financial wrongdoing against the backdrop of a deepening liquidity crunch, negative economic growth, soaring inflation and a massive state debt.

Prime Minister Hassan Diab has held the governor of the central bank, Riad Salameh, responsible for the Lebanese pound’s downward spiral. Salameh says he has been taking all necessary measures to contain the crisis and blames politicians for misspending bank finances to pay down massive state debt.

The central bank denied charges of manipulation in a statement last week. 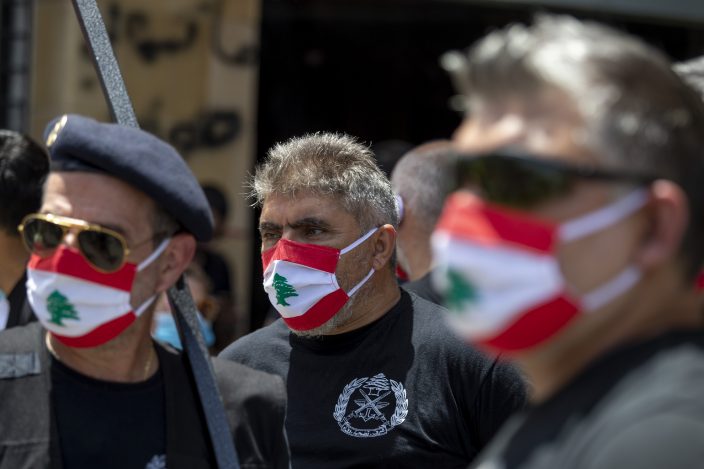 Anti-government protesters shout slogans while wearing masks with the colors of the Lebanese flag, to help curb the spread of the coronavirus, in front of the Ministry of Economy, in downtown Beirut, in Beirut, Lebanon, Monday, May 18, 2020. (AP PhotoHassan Ammar)

In recent days, authorities have cracked down on currency exchange bureaus as the Lebanese pound, pegged to the dollar for more than 20 years, lost 60% of its value in the space of a few weeks. A number of money dealers and the head of their union were arrested and officials closed down some bureaus for operating without licenses. They accused others of violating orders from the central bank to trade at a new controlled rate.

The measures to contain the currency’s free fall, including a cap on external transfers and adjusted exchange rates for dollar withdrawals from banks and money transfer bureaus, have created chaos on the black market and sowed panic among the public.

The central bank said it will provide dollars to importers at the rate of 3,200 pounds to the dollar — more than double the official pegged rate — to control the price of food. The black market rate has reached over 4,200 pounds to the pound in recent days.

IMF calls on Lebanese to unite behind government reform plan

Lebanese major retailers to shut down amid economic crisis

Protests as currency slides, price of bread rises in Lebanon