Growing up in a rough part of Chicago’s South Side, Saint Wilkins figured he was headed for a life on the streets.

The 19-year-old Wilkins has another plan these days — attend college, study psychology and work with children and teenagers. Before he started playing basketball at his local community center, it was a different picture.

“If it wasn’t for the Kroc Center, I’d be gang-banging,” Wilkins said. “I promise you that.” 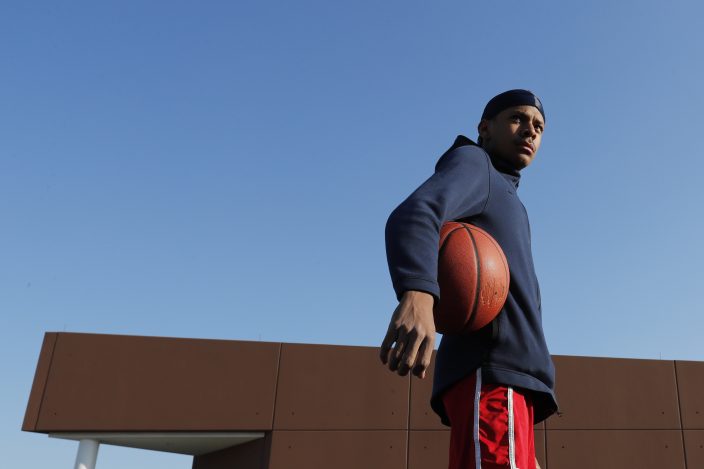 In this Tuesday, May 12, 2020, photo, Saint Wilkins poses for a portrait outside The Salvation Army's Ray and Joan Kroc Corps Community Center on Chicago's Southside. Growing up in a rough part of Chicago's South Side, Wilkins figured he was headed for a life on the streets. "If it wasn't for the Kroc Center, I'd be gang-banging," Wilkins said. "I promise you that." (AP PhotoCharles Rex Arbogast)

Today, the Salvation Army Ray and Joan Kroc Corps Community Center is closed because of the coronavirus pandemic, like many youth sports facilities across the United States. In place of bouncing balls and squeaking sneakers, there is silence and uncertainty.

The future of publicly funded youth sports is a growing concern in the sea of problems created by the COVID-19 crisis. Community leaders see a struggling economy leading to lower municipal tax revenue and private donations that help fund their organizations. Rising unemployment means fewer families will be able to afford their programs and fewer slots because of social distancing measures is another financial blow.

There is worry about a group of children being lost to sports forever, both in terms of physical fitness and the personal growth that occurs on neighborhood fields and courts. 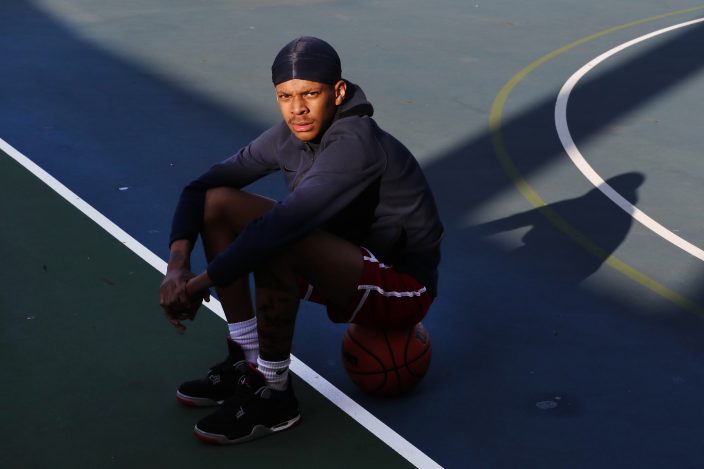 In this Tuesday, May 12, 2020, photo, Saint Wilkins poses for a portrait outside The Salvation Army's Ray and Joan Kroc Corps Community Center on Chicago's Southside. With youth centers closed and the economy tanking, there's a real concern that recreation budgets will get cut and poorer kids will be hit the hardest, meaning they're losing a safe haven from rough neighborhoods. Wilkins figured he was headed for a life on the streets. "If it wasn't for the Kroc Center, I'd be gang-banging," Wilkins said. "I promise you that." (AP PhotoCharles Rex Arbogast)

“This is an existential threat to the youth sports landscape as we know it,” said Wayne Moss, the executive director of the National Council of Youth Sports.

Recreation centers and parks departments that only recently recovered from the 2008 recession are bracing for another big blow, particularly for poor communities.

“There’s no question that the most significant impacts will be felt in low-income communities,” said Dev Pathik, a leading consultant in the youth sports business and CEO of The Sports Facilities Advisory.

Fueled by travel teams and fancy new facilities, youth sports has become a $22 billion global industry with three-fourths of that in the U.S., according to WinterGreen Research. It's not unusual for families to spend thousands on trips, fees, coaching and equipment.

When it comes to participation, though, the gap between the haves and have-nots is jarring.

Youngsters ages 6 to 18 from low-income families quit sports for financial reasons at six times the rate of their counterparts from wealthy families, a 2019 survey by the Aspen Institute's Project Play initiative and Utah State's Families in Sport Lab found. The survey of 1,032 adults with children who played sports also showed wealthier families spend more annually per child on average — $1,099 for high-income homes, $719 for middle income and $476 for low income.

Asked about the effect of the coronavirus shutdown on low-income areas, Moss looked back on the aftermath of the 2008 recesssion.

The pandemic also presents its own set of challenges beyond any recession, with the need for masks, hand sanitizer and social distancing. Summer camps, for example, are facing reduced enrollment — assuming they are operating — so campers and counselors have enough space.

“That affects the at-risk and vulnerable populations because that population especially needs the child-care component to allow working families to go back to work,” said Felicia Donnelly, a past president of the Florida Recreation and Parks Association and current assistant city manager of Oldsmar, near Tampa.

Villanova sociology professor Rick Eckstein sees a sort of “social Darwinism” at play, where low-income youth continue to get squeezed out.

Many organizations are offering online programs, but internet access is less reliable in some poor communities and schools, playgrounds and facilities are closed in many neighborhoods all over the economic spectrum.

“They used to be able to go to the local playground or wherever the basketball court is that’s closest to your house,” said Amy Giddings, a sports and recreation management professor at Temple and a two-time U.S. champion rower. “You could go there and you’d always find a pickup game. If soccer’s your thing, you could go find a playground and do that. It’s a little bit more challenging now with social distancing and also with parents just being really concerned."

At the Kroc Center, a sign in front says the building is closed and another out back reminds visitors the outdoor basketball courts are off limits, too. That doesn’t stop kids from sneaking onto them just about every day.

“It’s really just heartbreaking,” said Salvation Army Maj. Johanna Pook, an officer at the center and a mother of three with two teenage boys who constantly ask when they can use the courts again.

Kroc Center athletics manager Janelle Mason figures 80% to 85% of the young people who use the facility are from challenging backgrounds in a neighborhood dotted with boarded-up buildings and empty lots.

“We are really kind of a haven for them to be distracted from the things that are going on surrounding our community center,” she said. “You have children who have parental situations that are not ideal. This gives them a way to escape from that. This also gives them a network to help them resolve some of the issues that they have.”

“I’d probably be in the streets,” said Wilkins, who recalls seeing a bullet hole in the house next door seven or eight years ago and being grateful he and his family weren’t home.

At school, he was constantly in trouble and spent too much time in the principal's office. After his mom bought him a membership at the Kroc Center, the facility became like a second home, whether he was shooting hoops, playing games with other kids in the teen room or getting help with his homework in the computer lab.

Now, he’s finishing up at Harlan Community Academy High School, eyeing a bright future. And he feels for the younger kids who don’t have access to the center.

The wait is also tough for the people on the other side.

“We know and we see and we hear things on TV and on radio and on social media all the time about the impact this is having on our world,” said Salvation Army Maj. John Pook, senior officer at the center and Johanna’s husband. “We’re talking big picture. But very often, we forget about the children at home that are struggling with everything else that is going on. They’re a part of this.”

For generations, school has been a ...

Body camera footage of Floyd arrest could show more of ...

Video from the body cameras of two ...

Return to play or not? A thorny question for youth sports