The Latest on the coronavirus pandemic. The new coronavirus causes mild or moderate symptoms for most people. For some, especially older adults and people with existing health problems, it can cause more severe illness or death. 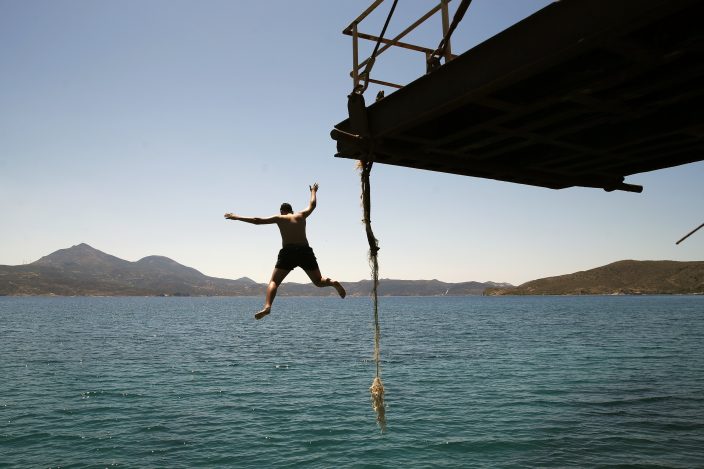 A boy dives into the sea from an old dock on the Aegean Sea island of Milos, Greece, Sunday, May 24, 2020. Greece's long-awaited tourist season will begin on June 15 with the opening of seasonal hotels and the arrival of the first foreign visitors, while international flights will begin heading directly for holiday destinations gradually as of July 1. (AP PhotoThanassis Stavrakis)

— Iditarod winner, dogs stranded in Alaska since victory in March.

— Japan set to remove state of emergency from Tokyo, 4 other prefectures.

— White House announces a ban on travel to the U.S. from Brazil due to the spread of coronavirus. 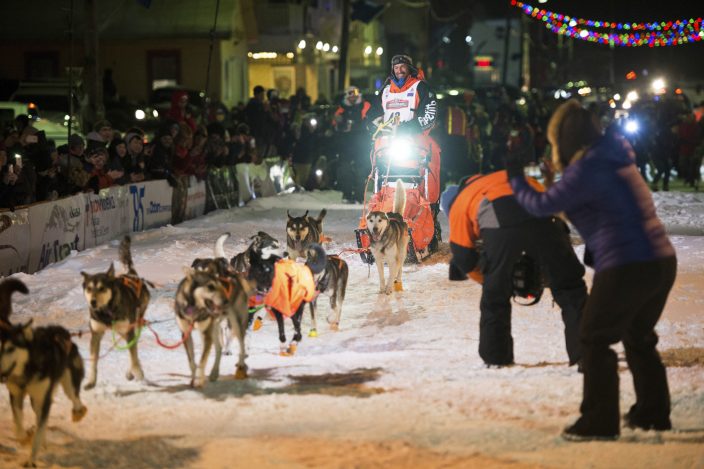 ATHENS, Greece — Greece on Monday restarted regular ferry services to the islands, while restaurants and bars were also back open for business as the country accelerated efforts to salvage its tourism season.

Travel to the islands had been generally off-limits since a lockdown in late March, with only goods suppliers and permanent residents keeping access.

But the country’s low infection rate in the COVID-19 pandemic has prompted the government to start the holiday season earlier than expected, on June 15, as other Mediterranean countries — including Italy, Spain, and Turkey — are grappling with more deadly outbreaks.

Distancing regulations and passenger limits have been imposed on ferries and at restaurants, while state-run health services to combat new coronavirus cases are being expanded to the islands, with intensive care space being provided on five islands: Lesbos, Samos, Rhodes, Zakynthos, and Corfu, along with existing facilities on the island of Crete.

Tourism is a vital part of the Greek economy, with a direct cash contribution of more than 10%, and broad secondary benefits. More than 34 million visitors traveled to Greece last year, spending 18.2 billion euros, according to central data.

ANCHORAGE, Alaska -- Thomas Waerner won this year’s Iditarod Trail Sled Dog Race in March, yet he is still waiting to return to his home in Norway.

The Anchorage Daily News reported Waerner and his 16 dogs have been stranded in Alaska by travel restrictions and flight cancellations caused by the coronavirus pandemic.

The 47-year-old Waerner plans to fly home in early June. He has five children and 35 other sled dogs in Torpa, Norway.

He missed the 10th birthday of one of his children and misses morning coffee with his wife, who left Alaska in March, shortly before health restrictions stopped travel.

TOKYO —Experts on a special government panel have approved a plan to remove a coronavirus state of emergency from Tokyo and four other remaining prefectures, paving the way for Prime Minister Shinzo Abe to declare entirely ending the measure to allow businesses to gradually resume.

Economy Minister Yasutoshi Nishimura told reporters that experts on a government-commissioned panel approved the plan to end the state of emergency that has lasted for more than a month and a half.

Abe is to officially declare the end of the state of emergency later Monday after endorsement from parliamentary committees.

Nishimura said lifting of the emergency does not mean the end of the pandemic. He said the goal is to minimize next possible recurrences of infections while balancing preventive measures and the economy.

Abe declared the state of emergency on April 7, first in parts of Japan including Tokyo, expanded it to the entire nation later in the month and extended it until the end of May. Unlike a European-style hard lockdown, Japan’s state of emergency is soft and largely a request for people to stay at home and for non-essential businesses to close or operate shorter hours, a strategy aiming at minimizing the economic damage.

Tokyo and its three neighboring prefectures are to reopen schools, public facilities and businesses in phases in coming weeks while watching any signs of a resurgence of infections.

Nishimura said recent data suggest that the infections have slowed enough and the medical systems are under less pressure and that it’s time to gradually resume social and economic activity. Tokyo and Hokkaido, where more than a dozen new cases have been reported Sunday, still need to remain extra-cautious, he said.

(asterisk)We cannot completely eliminate the coronavirus to zero,” Nishimura said. “Even after the state of emergency is lifted, we must firmly take preventive measures based on our new lifestyles.”

Japan has 16,580 confirmed cases and 830 deaths, according to the health ministry.

WASHINGTON — The White House has announced a ban on travel to the U.S. from Brazil due to the spread of coronavirus in Latin America’s hardest-hit country.

Press secretary Kayleigh McEnany says in a statement Sunday evening that the ban applies to foreign nationals who have been in Brazil in the 14 days before they sought to travel to the United States.

McEnany cast it as a move by President Donald Trump “to protect our country.”

Trump has already banned travel from the United Kingdom, Europe and China, all of which have been hit hard by the virus. Trump had said last week that he was considering imposing similar restrictions on Brazil.

Brazil had reported more than 347,000 COVID-19 cases, second behind the U.S. in the number of infections, according to a Johns Hopkins University count.