As some parts of the nation continue to ease stay-at-home orders meant to slow the spread of the coronavirus, the economy remains in free fall. And, with the U.S. death toll now climbing toward 100,000, a conundrum is emerging: Even if people are allowed to resume their daily routines, will they feel safe enough to do so? President Donald Trump says that the country is anxious to get back to work and that pent-up consumer demand can turn things around in a hurry. Presumptive Democratic nominee Joe Biden counters by urging caution and heeding medical and scientific experts, many of whom say it's much too early to return to normal. Which one is correct may ultimately not be clear until after November's election — but will nonetheless almost certainly be the determining factor in who wins it. 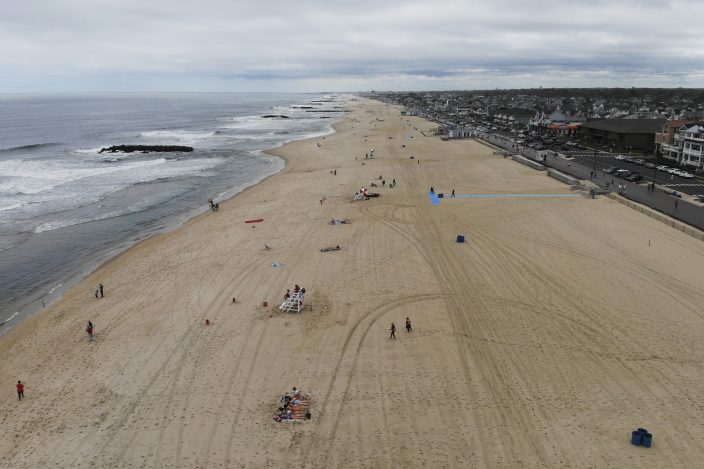 FILE - In this May 23, 2020, file photo visitors walk down the boardwalk, right, beside a mostly empty beach in Belmar, N.J., during the coronavirus outbreak. As some parts of the nation continue to ease stay-at-home orders meant to slow the spread of the coronavirus, the economy remains in free fall. President Donald Trump says that the country is anxious to get back to work and that pent-up consumer demand can turn things around quickly. Presumptive Democratic nominee Joe Biden counters by urging caution and heeding medical and scientific experts. (AP PhotoJohn Minchillo, File)

Does Biden have no choice but to choose an African American running mate?

Black leaders have for weeks argued that the former vice president picking an African American as his vice president is the only way to reflect the Democratic Party's deep diversity and to repay a community that helped Biden overcome a disastrous start to dominate in the South and win the primary. But the issue may have come to a head on Friday when Biden endured a testy exchange with prominent black radio personality Charlamagne Tha God before declaring, “If you’ve got a problem figuring out whether you’re for me or for Trump, then you ain’t black." 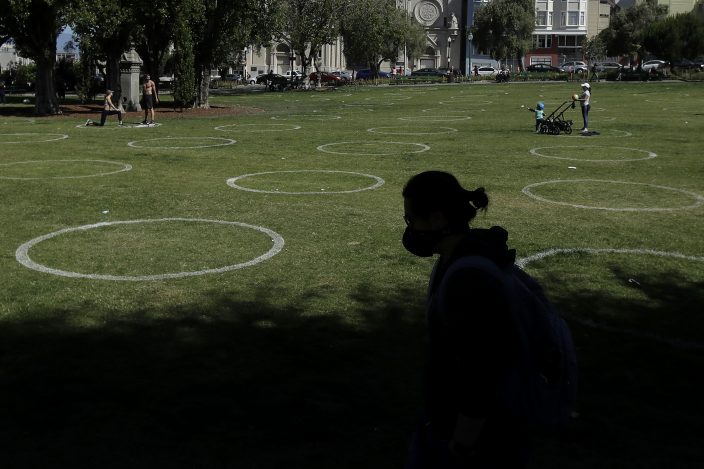 FILE - In this May 23, 2020, file photo a woman wears a face mask while walking in front of circles designed to help prevent the spread of the coronavirus by encouraging social distancing at Washington Square park in San Francisco. As some parts of the nation continue to ease stay-at-home orders meant to slow the spread of the coronavirus, the economy remains in free fall. President Donald Trump says that the country is anxious to get back to work and that pent-up consumer demand can turn things around quickly. Presumptive Democratic nominee Joe Biden counters by urging caution and heeding medical and scientific experts. (AP PhotoJeff Chiu, File)

He later said he shouldn't have been so “cavalier," but not before sparking a social media firestorm and prompting the president's reelection campaign to decry it as the kind of race-baiting it often gets accused of. “It is clear now more than ever, following these racist and dehumanizing remarks, that Joe Biden believes black men and women are incapable of being independent or free thinking," Black Voices for Trump said in a statement.

Biden has refused to publicly discuss his running mate finalists, but they are thought to include several prominent white women, including Sens. Elizabeth Warren of Massachusetts and Amy Klobuchar of Minnesota. He figures to do well with African American voters in November no matter whom he picks, but a lack of enthusiasm in the black community hurt Hillary Clinton in the battleground state of Michigan and elsewhere in 2016. That's a calculation Biden may be unable to ignore, even as his campaign insists his choice will have more to do with personal relationships than skin color.

How much more political will science get? 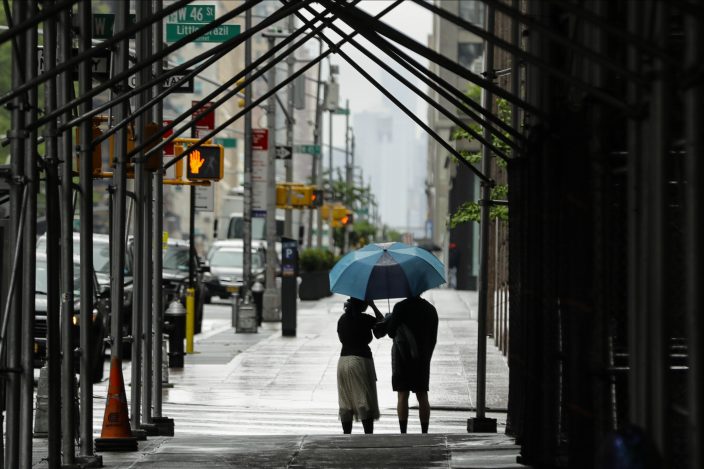 FILE - In this May 23, 2020, file photo pedestrians use an umbrella to protect themselves from the rain as they walk along Sixth Avenue during the coronavirus pandemic in New York. As some parts of the nation continue to ease stay-at-home orders meant to slow the spread of the coronavirus, the economy remains in free fall. (AP PhotoFrank Franklin II, File)

Trump has long energized his conservative base by rejecting climate change and academic intellectualism but lately has begun suggesting the institution of science is out to undermine him. The president insisted on taking the malaria drug hydroxychloroquine to guard against the coronavirus despite federal warnings against doing so. He also rejected as politically motivated a study showing that nearly 36,000 Americans' lives might have been saved if social distancing measures had been put in place one week sooner. Polling has already shown that issues like wearing face masks in public are becoming increasingly partisan. If science itself follows a similar path, that could hinder evolving efforts to slow the virus — potentially producing results deadly enough to go well beyond the political.

How much more political will voting by mail get?

Trump has intensified his opposition to expanding mail-in balloting amid the pandemic, even threatening federal funding to the battleground states of Michigan and Nevada before later suggesting that might not be necessary. Many Democratic-led states are nonetheless looking to ease rules on absentee voting, saying the coronavirus may make it a matter of life and death. With top Republicans rallying behind Trump's insistence that doing so is undemocratic and federal court cases on the issue already raging in places like Texas, how the nation votes may prove as pivotal to November's outcome as for whom it votes.

Are political conventions possible in the age of the coronavirus?

The Republican National Committee marked 100 days until the scheduled start of its convention in Charlotte, North Carolina, by proudly suggesting last weekend that nearly 50,000 attendees would soon be descending on that city. Its chair, Ronna McDaniel, was subsequently less committal about the gathering going off exactly as planned and beginning Aug. 24 amid the pandemic. But she vowed that it will happen at least partly in person, saying, “We will not be holding a virtual convention.” Democrats have already delayed their convention from July until August and have been more open to the idea of it unfolding virtually — taking steps to grant organizers the authority to design an event that won’t require delegates attending in person. A bigger question than if some in-person activities remain intact for one party or the other, though, is whether attendees will want to go — especially given the low political stakes since the presidential nominee on both sides isn't in doubt.

Trump's reelection chances likely hinge on convincing the country he built a sustained economic boom once and can do so again, leading an equally speedy and robust recovery after the coronavirus sparked an unprecedented bust. Biden has taken a different approach, promising to use the crisis to build a new economy that will embrace progressive proposals designed to lift all Americans — but without really saying how long that might take. Amid what may prove to be the nation's worst downturn, whether voters can look past the “when” to the “how” of a recovery is an open question. Still, it's one that can't be answered until a recovery actually begins to materialize.

2020 Watch: Will Tuesday clinch the nomination for Biden?

2020 Watch: Voters focus on virus, not on Biden running mate