A German court has ruled that Volkswagen must buy back cars from owners of its diesel cars equipped with software that evaded emissions testing — but consumers must accept the current value of the car based on the mileage they drove since buying it, not the purchase price.

Volkswagen said the decision announced Monday would clear the way for settlement of remaining consumer claims in Germany. The decision affects some 60,000 individual claims brought by car owners there; around 262,000 others have already been covered by an 830 million euro ($904 million) class-action settlement.

“For the majority of the 60,000 pending cases, this ruling provides clarity,” the company said in a statement. “Volkswagen is now seeking to bring these proceedings to a prompt conclusion in agreement with the plaintiffs. We will therefore approach the plaintiffs with the adequate settlement proposals. The aim is to relieve the burden on the judiciary as quickly as possible.” 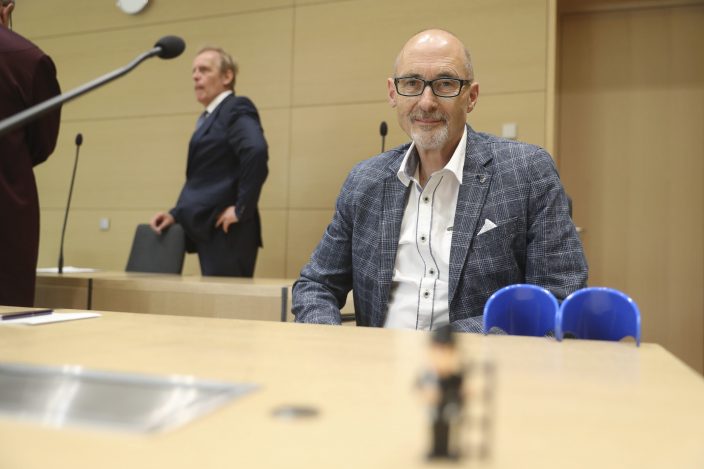 Plaintiff Herbert Gilbert, owner of a VW Diesel passenger car, sits in the courtroom of the Federal Court of Justice (BGH) prior to the verdict in the trial between him and the Volkswagen company in Karlsruhe, Germany, Monday, May 25, 2020. According to the ruling, Volkswagen is basically obliged to pay damages to car owners affected by the diesel scandal. (Thorsten GutschalkPooldpa via AP)

The case that was decided Monday involved a plaintiff who bought a Volkswagen Sharan model in 2014 that was equipped with the software that turned off emissions controls during testing. He had sought the full purchase price but the court ruled he must accept less due to depreciation related to the distance he drove. The individual case is expected to serve as a guideline for others.

Volkswagen was caught cheating by U.S. authorities in September 2015 and has since paid more than 33 billion euros in fines and settlements worldwide. Two executives went to prison in the United States and more are facing criminal proceedings and investigations in Germany. 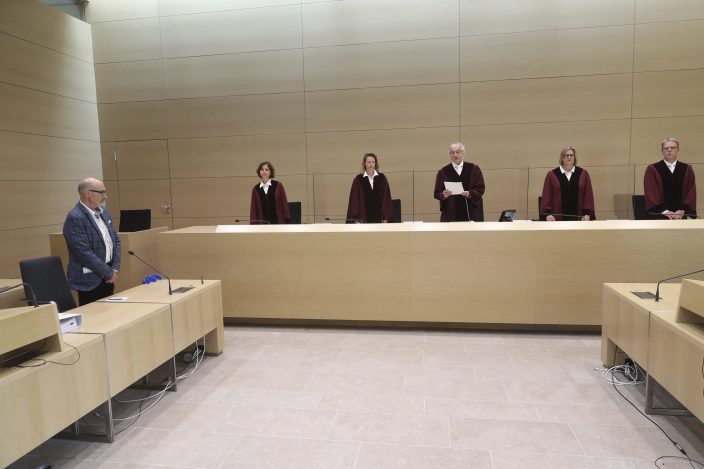 Presiding Judge at the Federal Court of Justice Stephan Seiters center, announced the verdict in the trial between the Volkswagen company and the owner of a VW Diesel passenger car Herbert Gilbert, left, in Karlsruhe, Germany, Monday, May 25, 2020. According to the ruling, Volkswagen is basically obliged to pay damages to car owners affected by the diesel scandal. (Thorsten GutschalkPooldpa via AP) 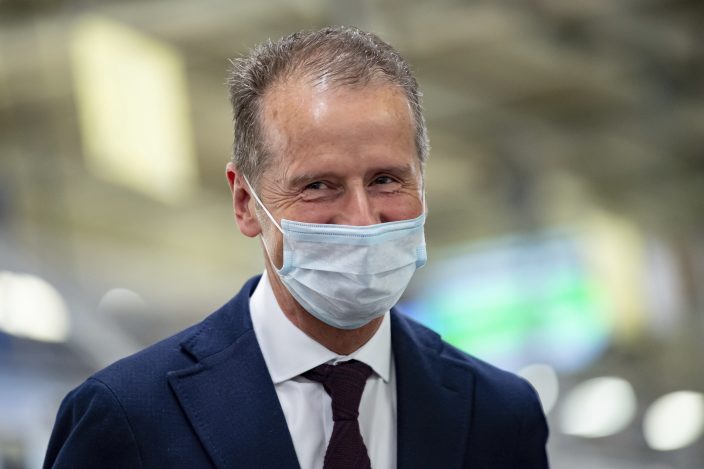 FILE - In this Monday, April 27, 2020. file photo, Volkswagen CEO Herbert Diess wears a face mask as he attends the restart of the production at the VW headquarters plant in Wolfsburg, Germany. Volkswagen is gradually launch the production at important plants after the corona lockdown. (Swen Pfoertnerdpa via AP) 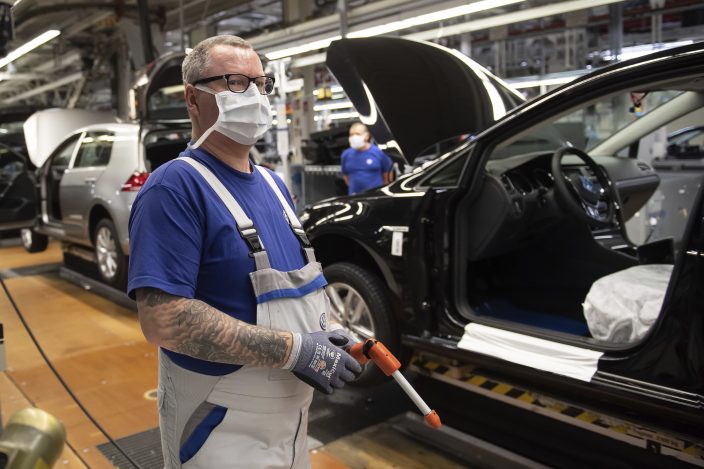 An employee stands near vehicles in production with a face mask in the VW plant in Wolfsburg, Germany, Monday, April 27, 2020. Volkswagen is gradually launch the production at important plants after the corona lockdown. (Swen Pfoertnerdpa via AP)

Trial opens in investor lawsuits against VW over scandal