Montenegro, the first European country to declare itself free of the coronavirus, plans to open its borders to citizens of several European countries except for former ally Serbia — drawing angry reaction Tuesday from Serbian officials.

Montenegro’s prime minister said Monday its borders will be opened June 1 for citizens of countries that meet the entry criteria set by Montenegro's health authorities: to have at most 25 COVID-19 patients per 100,000 inhabitants. 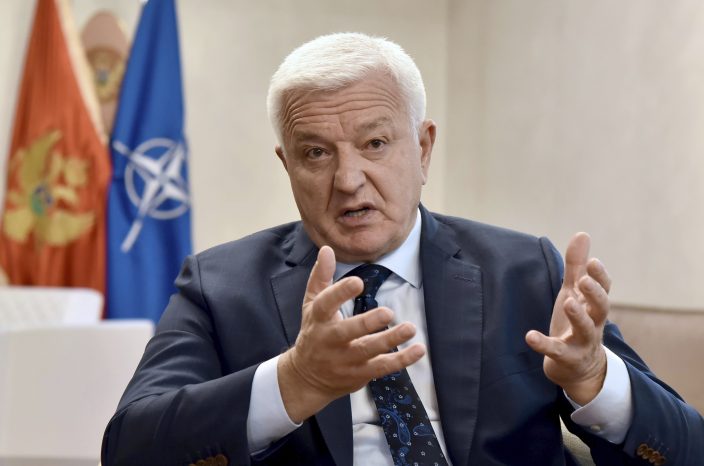 FILE - In this file photo dated Friday, Oct. 18, 2019, Montenegro's Prime Minister Dusko Markovic speaks during an interview with The Associated Press in Montenegro's capital Podgorica. Markovic said Monday May 25, 2020, the national borders will be opened as of June 1 for nationals of some European countries that meet the entry criteria of the small country’s health authorities, excluding former ally Serbia, drawing angry reaction from Serbian officials Tuesday.(AP PhotoRisto Bozovic, FILE)

“We will open the borders to the countries that have a similar epidemiological status,” he said. “We will not ask for special tests, everyone will receive clear instructions on what awaits them in the country and what regulations they must respect.”

Markovic didn't mention neighboring Serbia, triggering an angry rebuke from Belgrade — even though Serbia isn't saying that it meets Montenegro's entry criteria. Serbs traditionally are the most frequent visitors to Montenegro, which depends on tourism. 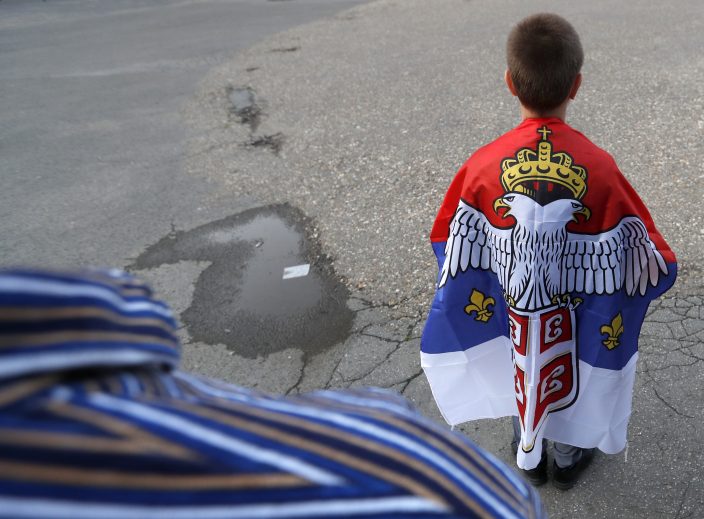 A boy with an old Montenegro flag attends during a protest after arrest of the Serbian Orthodox Church priests in Montenegro, in Belgrade, Serbia, Thursday, May 14, 2020. Montenegrin police said Thursday they have detained around 60 people following clashes at protests demanding the release of eight Serbian Orthodox Church priests jailed for leading a religious procession despite a ban on gatherings related to the new coronavirus outbreak. (AP PhotoDarko Vojinovic)

The last recorded case of coronavirus in Montenegro was about three weeks ago. The country declared itself free of COVID-19 on Sunday.

A country of 620,000, Montenegro split from much larger Serbia in 2006, but many in Montenegro and Serbia still remain opposed to the separation. Serbs represent about 30% of Montenegro’s population.

Tensions between Serbia and Montenegro have escalated over a religious law adopted by the Montenegrin parliament last year that the Serbian Orthodox Church says would strip it of its property. Belgrade has openly supported mostly peaceful protests by Serbs in Montenegro who want the law revoked.

Montenegro imposed a strict lockdown to curb its outbreak and recorded only 324 cases and nine deaths. Serbia has recorded over 11,000 cases and nearly 240 virus deaths.

After months of touting an unprove ...