A self-described “master thief” career criminal is hoping to catch a break on his prison sentence from burglarizing a Brink’s warehouse during which he accidentally set millions of dollars on fire.

Sean Murphy and two other men were convicted of breaking into the Brink’s facility in Columbus in January 2009. Murphy received a 20-year sentence in that case, eventually reduced to 13 years on appeal.

Before that sentence began, however, he spent a decade in jail awaiting trial for a 2008 Massachusetts burglary during which he stole several New York Giants Super Bowl rings, along with jewels and precious metals. Murphy believes he’s already served the bulk of his federal time and should be out by next year. 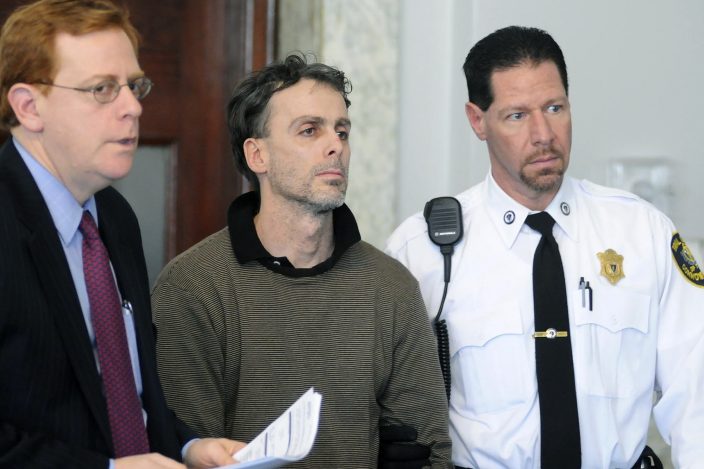 In this Jan. 29, 2009, photo, Sean Murphy, center, alleged mastermind behind a $2 million jewelry heist from the E.A. Dion jewelry manufacturing company in 2008, in Attleboro, Mass., is arraigned in Attleboro District Court. At left is his attorney Neal Steingold and at right is court officer Howie Werman. In a February 2020 letter to The Associated Press, the career criminal said he is hoping to catch a break on his prison sentence from burglarizing a Brink’s warehouse in Columbus, Ohio, during which he accidentally set millions of dollars on fire. (Mark StockwellThe Sun Chronicle via AP)

“Everything in between goes toward the federal sentence,” Murphy said in a letter to The Associated Press.

Federal prosecutors take a different view. The judge who oversaw the Brink's case said that Murphy's federal sentence is to run on top of any unserved Massachusetts prison term, said Sal Dominguez, an assistant U.S. attorney in Columbus. 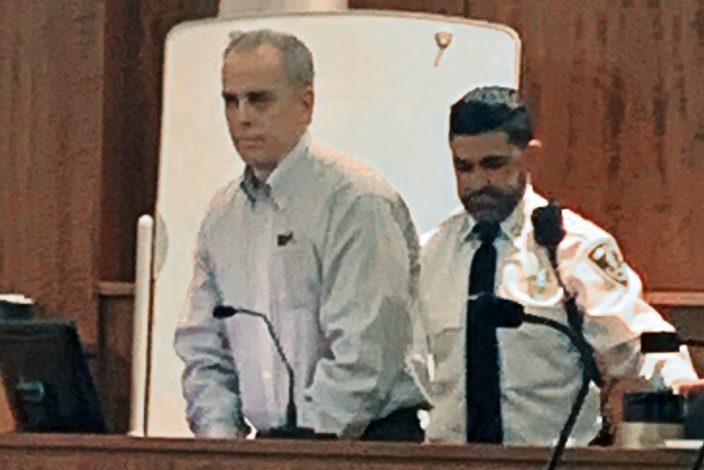 In this Dec. 5, 2019, photo, Sean Murphy enters Fall River Superior Court, where the mastermind pleaded guilty to a $2.5 million gold heist at the E.A. Dion jewelry manufacturing company in 2008, in Attleboro, Mass. Murphy, who has been in jail since his arrest in January 2009, was sentenced to two years in jail followed by five years for probation. In a February 2020 letter to The Associated Press, the career criminal said he is hoping to catch a break on his prison sentence from burglarizing a Brink’s warehouse in Columbus, Ohio, during which he accidentally set millions of dollars on fire. (David LintonThe Sun Chronicle via AP)

Murphy, who has yet to formally argue for his release on time served, is awaiting transfer to a Massachusetts prison to serve his time for the Super Bowl ring theft.

The 2008 break-in at E.A. Dion Co. in Attleboro, Massachusetts, attracted attention beyond the theft of the Super Bowl rings and the approximately $2.5 million in other goods taken. Murphy and his accomplices' trademark garb of all-black outfits and their access through the roof earned them media mentions as “Ocean's Eleven”-style burglars after the 2001 heist movie.

Murphy was in authorities' cross hairs long before that burglary, however. A member of what investigators termed the “Lynn Breakers," a burglary ring in his hometown of Lynn, Massachusetts, he was prosecuted and pursued for burglaries big and small over the years.

Murphy was “king of the hill” when it came to commercial burglaries, said Alan Zani, a retired Massachusetts State Police investigator.

Murphy's many jobs included a break-in at a Berkshire armored car facility in Massachusetts in 1991 and at a Costco warehouse in Pennsylvania in 2004. He was also implicated in the theft of 1.8 million prescription drug pills from an AmerisourceBergen warehouse in 2006.

Murphy also attempted fraud at times, including a bogus priest abuse claim in the late 1990s against the Archdiocese of Boston seeking $850,000, which landed him in prison for two years.

More than once, Murphy also offered his expertise as a security consultant to companies he'd targeted, including a 2006 letter to Costco — an offer the company declined.

Murphy's January 2009 burglary of a Brink's warehouse on the north side of Columbus could have been his biggest score ever, and one of the biggest robberies in U.S. history. At the time, the facility regularly held millions of dollars for transfer to banks and even more during the holiday season.

Murphy studied the facility for months, sending an accomplice to track employees' comings and goings and even visiting himself to hand out water bottles and cigarettes at a nearby homeless shelter in hopes of providing DNA evidence that would lead authorities away from him and his gang.

The scheme almost worked. Murphy and two others successfully entered the warehouse by cutting a hole in the roof and foiled the security system by setting up a “celluar jammer” that blocked back-up calls from the alarm system after its wires were cut. “Murphing" the building, the burglar dubbed the move.

But the burglary collapsed when Murphy accidentally set money in the vault on fire after he burned a hole through it with a thermal lance, a giant cutting tool whose oxygen-powered sparks can reach 5,000 degrees. Instead of what could have been more than $90 million, Murphy had to settle for a few million in burned bills and about $800,000 in coins.

Authorities arrested Murphy a couple of weeks later on suspicion of carrying out the E.A. Dion case after a Super Bowl ring was found in his girlfriend's purse. Months later, he was identified as the chief suspect in the Brink's robbery.

One of the key pieces against him at his 2011 trial in Columbus: a 37-page document he typed in jail in Massachusetts titled “Master Thief,” a tutorial on carrying out major burglaries that bore a great deal of resemblance to the Brink's break-in.

Murphy represented himself, and while a jury convicted him and a judge sentenced him to 20 years in prison, he later appealed his sentence and was resentenced to 13 years.

After 10 years successfully suppressing evidence in the E.A. Dion case, Murphy lost his final appeals last year and on Dec. 5 pleaded guilty and was sentenced to two years in prison. Murphy represented himself, but a message was left with an attorney who served as his back-up. Court records show he didn't receive credit for jail time.

In a second guilty plea on Dec. 5 in an unrelated case, Murphy admitted to filing a bogus insurance claim against Trader Joe’s, claiming he and his wife got sick from the grocery store’s peanut butter, The Sun Chronicle reported.

Retired Columbus FBI Agent Harry Trombitas helped lead the investigation that ended with Murphy's arrest for the Brink's break-in, and sat through Murphy's eight-day trial. He called him one of the best commercial burglars around, whose downfall is “he thinks he’s smarter than everyone else.”

Murphy declined a plea deal that would have had him back on the streets by now, Trombitas said.

“He chose to spend all this time fighting to win, and in reality he’s lost,” Trombitas said.