The cockpit voice recorder of the Pakistani airliner that crashed last week was found on Thursday, six days after the passenger plane went down in a crowded neighborhood near the airport in the city of Karachi, killing 97 people on board.

The recorder, recovered from among the plane debris, was subsequently handed over to Airbus experts. Pakistani aviation authorities said this week they are sharing their initial findings with the visiting 11-member team from the European plane maker.

The other part of the black box, a flight data recorder, was recovered within hours of the crash. But the cockpit voice recorder had been missing since the plane crashed into a congested residential area near Jinnah International Airport last Friday. 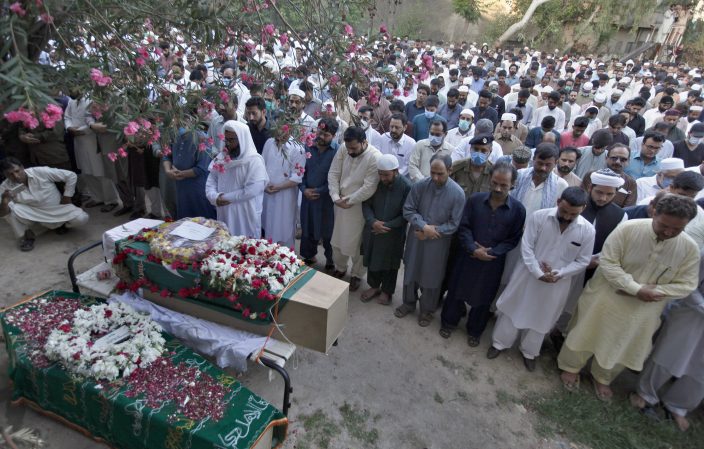 People attend the funeral for victims of the crash of a state-run Pakistan International Airlines plane on Friday near the southern port city of Karachi, in Rawalpindi, Pakistan, Monday, May 25, 2020. (AP PhotoAnjum Naveed)

There were only two survivors of the Airbus A320 crash, which was carrying 91 passengers and eight crew members. Abdullah Hafeez Khan, a spokesman for Pakistan International Airlines, said the recovery of the cockpit voice recorder was a significant development as it would play an important role in the investigation of the crash.

Pakistan’s Aviation Minister Ghulam Sarwar Khan told reporters on Thursday that a preliminary report on the crash, along with reports on other crashes in recent years, would be presented to Parliament on June 22, following a decision by Prime Minister Imran Khan to release all reports on past plane crashes.

Initial reports have said the plane crashed after an apparent engine failure. The so-called black box is made up of two components, the cockpit voice recorder and the flight data recorder. Technical experts would review both recorders to determine what caused the crash, which took place just days after Pakistan resumed domestic flights ahead of a Muslim holiday following the end of the holy month of Ramadan. 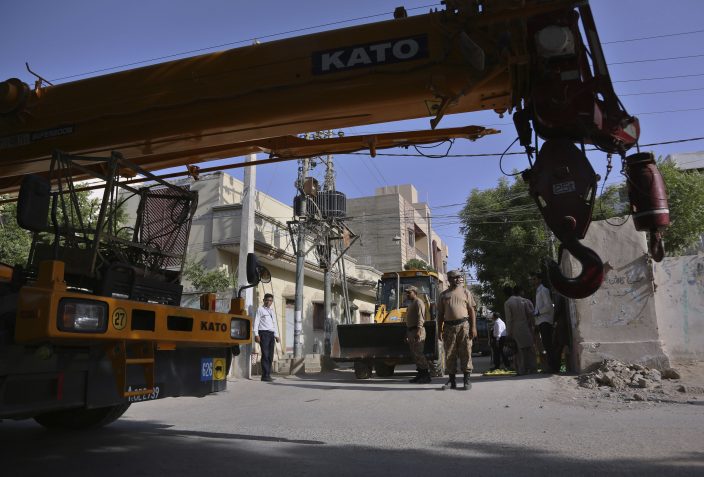 Pakistan army soldiers stand beside the heavy machinery park on a street leading to the site of a plane crash, in Karachi, Pakistan, Sunday, May 24, 2020. A passenger plane belonging to state-run Pakistan International Airlines carrying passengers and crew crashed Friday near the southern port city of Karachi. (AP PhotoFareed Khan)

The doomed PIA passenger plane was only half full, with every other seat left empty as part of measures to follow social distancing amid the coronavirus pandemic. A transmission of the pilot’s final exchange with air traffic control, posted on the website LiveATC.net, indicates there was a failed landing attempt and that the plane was circling to make another attempt when it went down.

The inquiry report into the crash is expected to be completed within three months. Its findings will be presented to Parliament, Khan said. 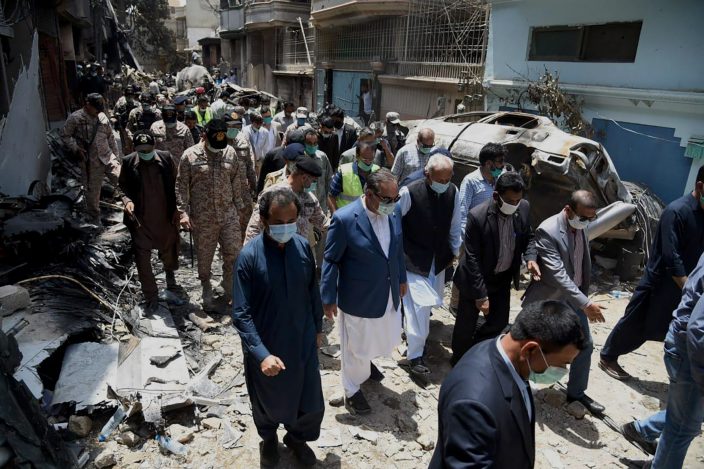