A Mississippi mayor whose remarks about the death of George Floyd in Minneapolis police custody is resisting calls to resign, including from his own town's board of aldermen.

“Why in the world would anyone choose to become a police officer in our society today?” Petal Mayor Hal Marx tweeted Tuesday, the day four Minneapolis police officers were fired. The 46-year-old Floyd, a black man, was handcuffed and pleading for air as a white police officer kneeled on his neck Monday.

In a follow-up tweet, the Republican directly referenced the Floyd case, saying he “didn't see anything unreasonable”: "If you can say you can't breathe, you're breathing. Most likely that man died of overdose or heart attack. Video doesn't show his resistance that got him in that position. Police being crucified.” 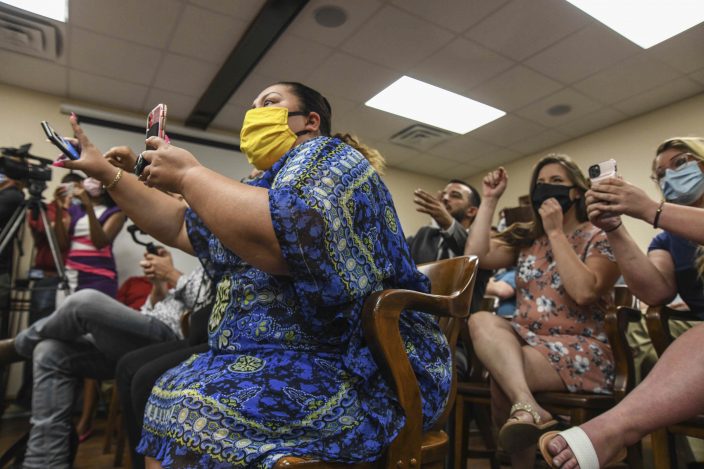 People react to Petal Mayor Hal Marx at a special board of aldermen meeting, Thursday, May 28, 2020, in Petal, Miss., over comments Marx made about the death of Minneapolis man George Floyd on social media. (Cam BonelliHattiesburg American via AP)

“You know as a former resident of Petal ... this is truly disturbing to see,” Patterson tweeted, attaching a screenshot of a Facebook post where Marx again said, “If you can talk you can breathe.”

"How could you watch this disturbing video and make such an idiotic comment. But this guy is supposed to be the leader of ‘the friendly city,'” Alford, a Petal High School alumnus, wrote on Facebook. “This is why it's important to vote people. You don't want people like Mayor Hal Marx in charge.” 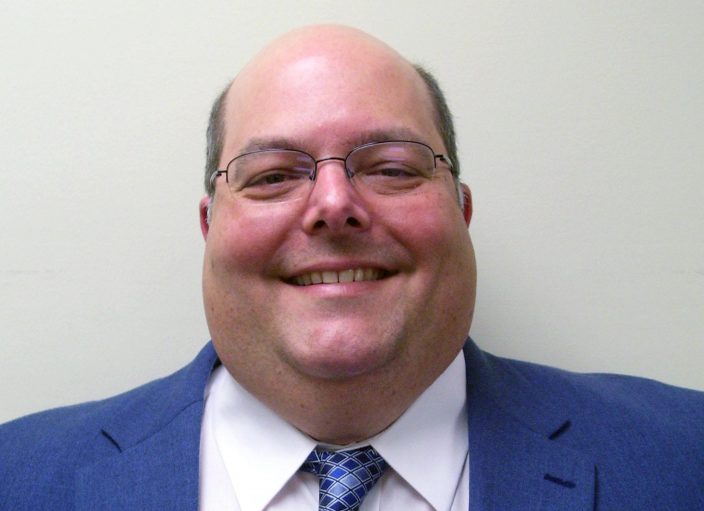 FILE - This 2012 file photo shows Petal, Miss., Mayor Hal Marx in Hattiesburg, Miss. Marx, who commented on the death of George Floyd, who died after being pinned to the ground by police in Minnesota, says his words are being misinterpreted. (Hattiesburg American via AP)

The Petal Board of Aldermen held a special meeting Thursday, voting unanimously to ask for Marx's resignation, the Clarion Ledger reported.

“Recently, Mayor Hal Marx has taken to social media and repeatedly made comments that have isolated, enraged and belittled individuals in a way that is unbecoming to our city,” Aldermen Clint Moore read from a statement.

Residents also called for his resignation, and protests are planned for the coming days. As Marx addressed the meeting, audience members shouted over him.

“You already have your minds made up about me,” he said.

Marx, who was first elected mayor in 2009 and entertained a run for governor in 2019, told the Hattiesburg American earlier this week that his remarks were misconstrued as racist, and that he was trying to caution people “to get all the facts before they judge” the police.

At Thursday's meeting, he said he and his family had received death threats and called people asking for resignation bullies.

“I will never surrender to the mob mentality,” he said. In Mississippi, elected officials can only be removed form office if they've committed felonies, the Clarion Ledger reported.

Myla Cox grew up in Petal, a town of a little more than 10,000 people just east of Hattiesburg. She said she's been judged at her college, Brown University, because of her hometown

“Everybody looked down on me because they saw the type of people that run my city, specially you,” the newspaper quoted her as addressing Marx. “For you to come here today and say that we are bullies, and you to not hold accountability for your statements that we clearly do no agree with already shows what type of person you are.”

Turkey: pilots on trial over Ghosn escape released from ...

A Turkish court on Friday released ...

For many Americans, the Fourth of ...