Kosovo's president called on political parties Friday to speed up a parliamentary vote on a new government after the Constitutional Court upheld his nomination of a new prime minister.

Kurti's Vetevendosje! party (Self-Determination Movement) had argued that the presidential decree nominating Avdullah Hoti to become prime minister was unconstitutional, claiming it was the only party entitled to form a new Cabinet because it won the most seats in Kosovo’s October general election. 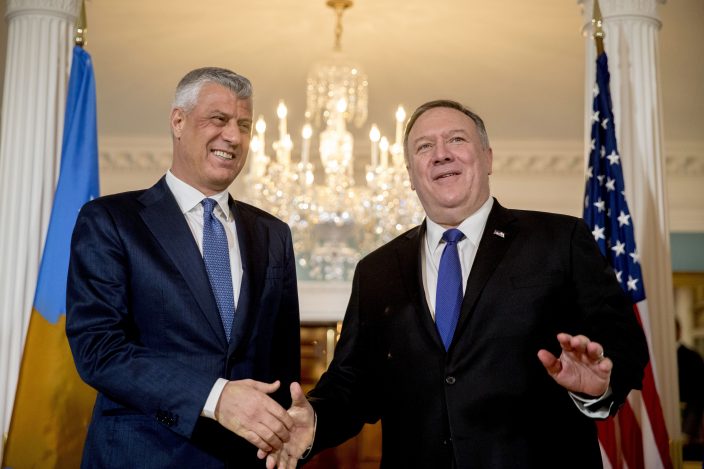 But the Constitutional Court ruled late Thursday that Thaci’s decree was legal. The court refused to order another election as the Vetevendosje!’s requested.

“I invite all institutional and party leaders to apply and respect the court’s decision ... (and) to work together for a regular democratic transition,” Thaci said at a news conference on Friday.

Kurti has led a caretaker government since he lost a no-confidence vote in late March initiated by the LDK, which at the time was the junior partner in his coalition government. 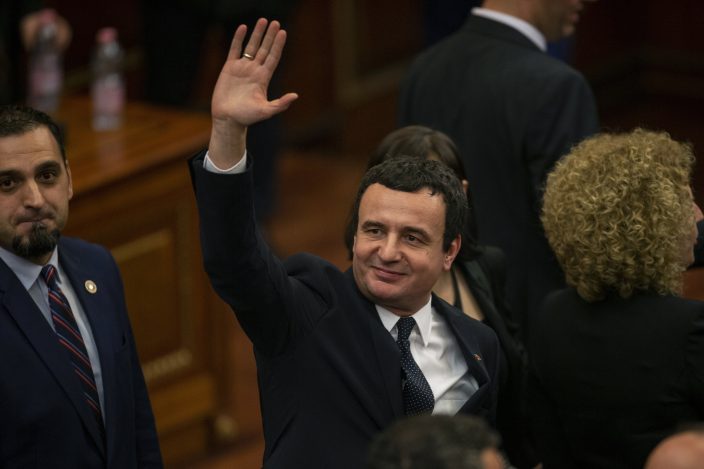 Albin Kurti, the newly elected prime minister of Kosovo waves after a new government was elected, in the capital Pristina, Monday, Feb. 3, 2020. Kosovo's parliament convened on Monday to vote in a new prime minister after four months of talks between the country's two main parties. (AP PhotoVisar Kryeziu)

Hoti’s LDK says it has the required number of votes, at least 61 in the 120-seat parliament, to secure his confirmation as prime minister.

Kosovo declared independence in 2008 from Serbia, which refuses to recognize its former province as a country. Supporters of the governing left-wing Self-Determination party, or "Vetevendosje" of acting Prime Minister Albin Kurti display a banner reading in Albanian "We want Elections" surrounding the main government buildings in a brief show of force against the nomination of a new prime minister from the country's president in capital Pristina, Kosovo, Thursday, May 28, 2020. Last month President Hashim Thaci nominated Avdullah Hoti of the center-right Democratic League of Kosovo, or LDK, to replace Kurti, who leads a caretaker government. In late March Kurti lost a no-confidence vote initiated by the LDK, then his junior governing coalition partner at the time, following disagreements. (AP PhotoPatrik Domi) 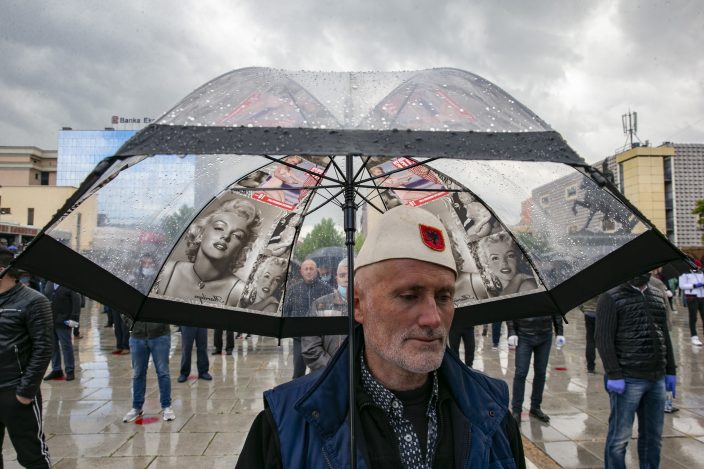 Supporters of the governing left-wing Self-Determination party, or "Vetevendosje" of acting Prime Minister Albin Kurti gather for a demonstration, outside the main government buildings, in Pristina, Kosovo, Thursday, May 28, 2020. A few thousands supporters of the governing left-wing Self-Determination Movement party, or Vetevendosje!, held a brief protest against the nomination of a new prime minister from the country’s president. On Thursday they surrounded the main institutions’ buildings respecting social distancing and also wearing masks and hand gloves. They are against the decree issued last month from President Hashim Thaci nominating Avdullah Hoti of the center-right Democratic League of Kosovo, or LDK, to replace Kurti. (AP PhotoVisar Kryeziu)

The number of prison inmates testi ...