When Mindy Kaling was growing up in the Boston area, few classmates looked like her, and her television choices ranged from angsty white teenagers to funny white teenagers.

It helps explain her latest project, the hit Netflix comedy “Never Have I Ever,” which follows Devi Vishwakumar, a first-generation Indian American teen navigating not only her culture and Hindu faith, but also raging hormones, commitment to excellence and explosive temper.

“Some old loser was telling me that I was too Indian,” Devi says in the show’s fourth episode. “And some other people think I’m not Indian enough, and honestly all I want to do is eat a donut.” 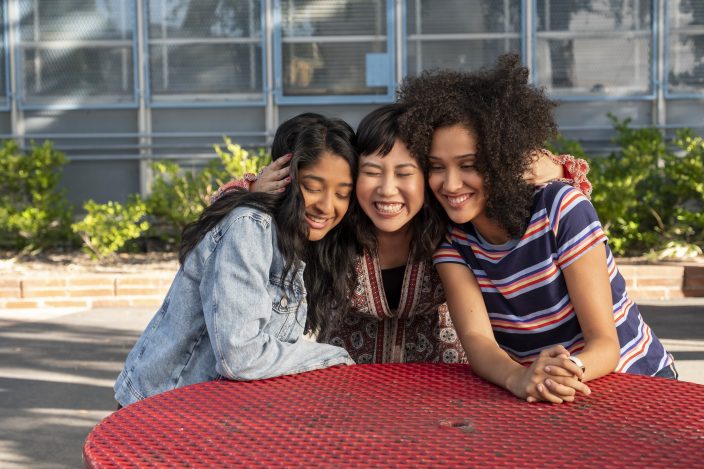 This handout photo provided by Netflix shows Maitreyi Ramakrishnan as Devi Vishwakumar, from left, Ramona Young as Eleanor Wong and Lee Rodriguez as Fabiola Torres in a scene from "Never Have I Ever." (Lara SolankiNetflix via AP)

It’s a rarity on Western television.

Though “Never Have I Ever” has received mixed reviews, it has drawn wide praise for its representation of South Asians. Netflix says it’s the No. 1 most-viewed show in several countries.

“It’s about time we had a show like this,” author Jeetendr Sehdev wrote for Forbes. “For years, South Asians have been raised with next to no positive representation on U.S. television — we’ve mainly been represented as terrorists.” 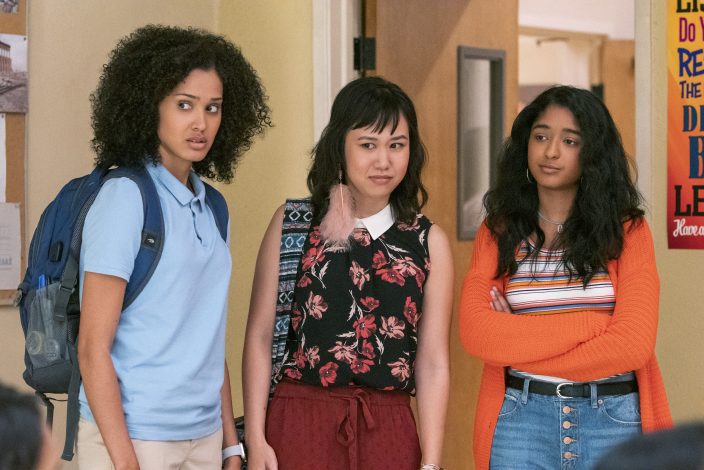 This handout photo provided by Netflix shows Lee Rodriguez as Fabiola Torres, from left, Ramona Young as Eleanor Wong and Maitreyi Ramakrishnan as Devi Vishwakumar in a scene from "Never Have I Ever." (Lara SolankiNetflix via AP)

Devi is played by 18-year-old Canadian newcomer Maitreyi Ramakrishnan, who got the role after being plucked from an open casting call that drew 15,000 hopefuls. Her last acting experience before landing the role was a high school play.

Ramakrishnan laughed about having to tell her parents that she sent videos of herself to people she didn’t know in Los Angeles for the casting call. 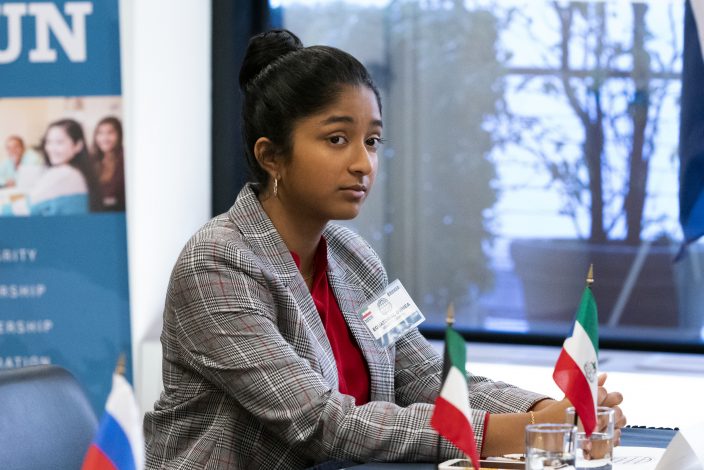 This handout photo provided by Netflix shows Maitreyi Ramakrishnan as Devi Vishwakumar in a scene from "Never Have I Ever." The series follows a first-generation Indian American teen navigating not only her culture and Hindu faith, but also raging hormones, commitment to excellence and explosive temper. (Lara SolankiNetflix via AP)

“My mom and my dad, they knew that I originally sent in the tape but I never kept them updated on it until I had to go to L.A., so that was a fun conversation to tell them that I sent in my videos to somebody in L.A. who I don’t know — just videos of myself,” she said. “It sounds a little weird. But I was explaining to my mom and my dad, ‘This is legit. This is real.’ They were like, ‘OK, let’s get this into gear. Let’s figure out how to do this right, do it properly.’”

Even though Ramakrishnan is playing a character created by Kaling and loosely based on the actor-writer’s childhood — not to mention that Kaling is her boss and a personal hero — the teen said she hasn’t felt too much pressure.

“Even on set, I never really felt nervous about it,” Ramakrishnan said. “First of all, (Mindy) never put any crazy weird pressure on me. She made it very easy and welcoming to just let me experiment and try it out. She’s very understanding.”

In fact, Ramakrishnan said she bonded with Kaling over the part. “We would have conversations about certain scenes and finding our truth within Devi together.”

Although the possibility of a second season remains unresolved, Ramakrishnan said she has been grateful for the experience and the opportunity to learn.

“I remember on the first day of filming I had to keep asking my co-star, Ramona Young, ‘What’s this rehearsal? What’s a first team? Are we a first team? What does this mean? What is that?’” she said. “And by the end of the first week I felt really confident but throughout the whole process I was always trying to constantly learn every single thing whether it was from the hair and makeup department, the camera crew, anybody that was willing to teach me anything, I just wanted to know.”

Young and another co-star, Lee Rodriguez, said they’ve been impressed by Ramakrishnan, considering she had the least amount of on-set experience of all of them.

Young added: “First day she asked me what a marking rehearsal is. Now look at her.”

The coronavirus has ripped through ...