South Korea on Saturday reported 39 new cases of the coronavirus, most of them in the densely populated Seoul area where officials have linked scores of infections to warehouse workers.

Figures from South Korea’s Centers for Disease Control and Prevention brought national totals to 11,441 confirmed cases and 269 deaths. At least 12 of the new cases were linked to international arrivals.

KCDC Director Jeong Eun-kyeong said Friday that at least 102 infections had been linked to workers at a massive warehouse operated by Coupang, a local e-commerce giant that has seen orders spike during the epidemic. 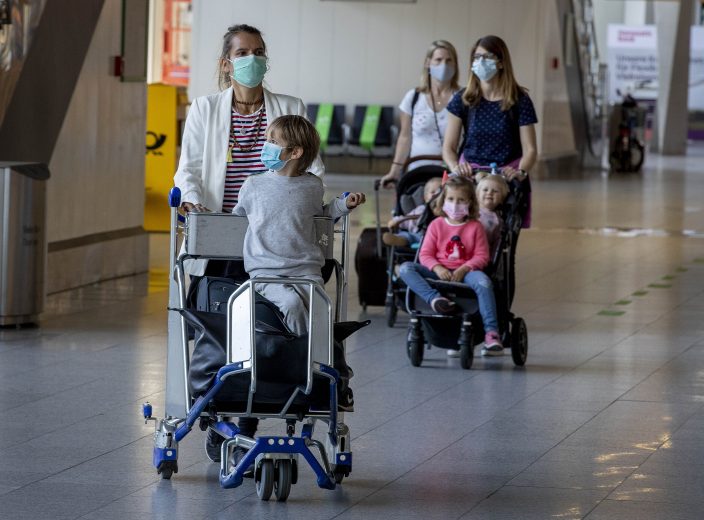 Wives and children of German business men working in China walk through a terminal at the airport in Frankfurt, Germany, Friday, May 29, 2020. Together with 200 others they are about to take a flight to Tianjin in China. After a coronavirus test in the morning in Frankfurt they expect a two week quarantine in China.(AP PhotoMichael Probst)

The company has been criticized for failing to implement proper preventive measures and enforce distance between employees, with the virus discovered on safety helmets, laptops, keyboards and other equipment they share.

Health workers have also found at least 266 infections linked to nightclubs and other entertainment venues in the Seoul metropolitan area, which saw huge crowds in early May as officials eased social distancing guidelines.

The resurgence in infections has alarmed officials as millions of children have been returning to school nationwide. 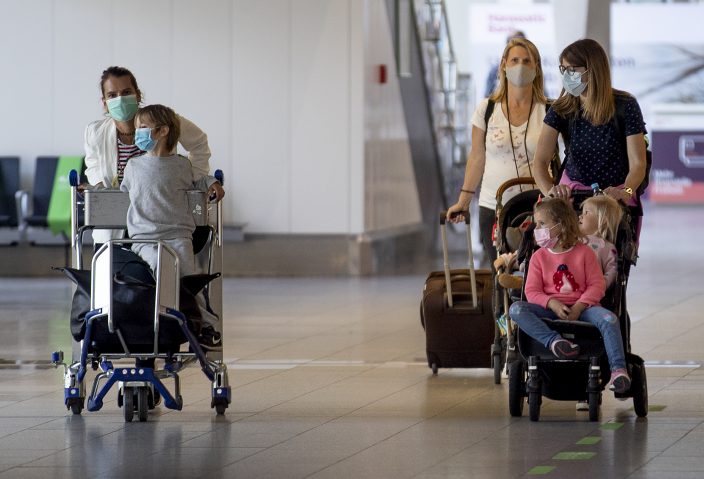 Wives and children of German business men working in China walk through a terminal at the airport in Frankfurt, Germany, Friday, May 29, 2020. Together with 200 others they are about to take a flight to Tianjin in China. After a coronavirus test in the morning in Frankfurt they expect a two week quarantine in China.(AP PhotoMichael Probst)

While shutting nightspots and public spaces to slow the spread of the virus, government officials have so far maintained the phased reopening of schools, expressing hope that the recent transmissions could be contained quickly.

— FOUR NEW CASES IN CHINA: China on Saturday reported four new confirmed cases of the coronavirus, all brought from outside the country and no new deaths. Just 63 people remained in treatment and another 401 were under isolation and monitoring for showing signs of having the virus or of testing positive for it without showing any symptoms. China has reported a total of 4,634 deaths among 82,999 cases since the virus was first detected in the central industrial city of Wuhan. With virtually everyone wearing masks in public, most offices, shops and restaurants have reopened. But the economic fallout from months of lockdown in most of the country has left millions unemployed and, combined with a worsening trade dispute with the U.S. and drop in global demand, it remains unclear how many jobs will return. The central province of Hubei announced more than two dozen measures on Friday to revive the local economy, including a June shopping festival, accelerating the issuance of housing loans, funding support for travel agencies, and subsidies for vehicle purchases.

— GERMANS RETURN TO CHINA: Around 400 German managers, workers and family members have begun returning to China aboard charter flights as multinational companies in the world’s second-largest economy seek to get their operations running again. A pair of flights from Frankfurt to the Chinese business hubs of Tianjin and Shanghai were organized by the German Chamber of Commerce in China in cooperation with Germany’s diplomatic missions and airline Lufthansa. They're the first repatriation flights from Europe to China for foreign nationals. China has largely banned all foreigners from entering because of the coronavirus outbreak. More than 5,200 German companies operate in China, employing more than 1 million people.

The coronavirus pandemic is weighi ...