Finns in the Nordic nation's eastern border region say they haven't seen anything like this since the 1991 collapse of the Soviet Union.

The closure of Finland’s border with Russia amid the coronavirus pandemic has put an abrupt stop to visits by the nearly 2 million Russian tourists who prop up the local economy each year.

Finland shares a 1,340-kilometer (832-mile) land border with Russia complete with several crossing points in what is one of the European Union’s longest external borders. It was shut down both by Helsinki and Moscow in mid-March due to the pandemic. 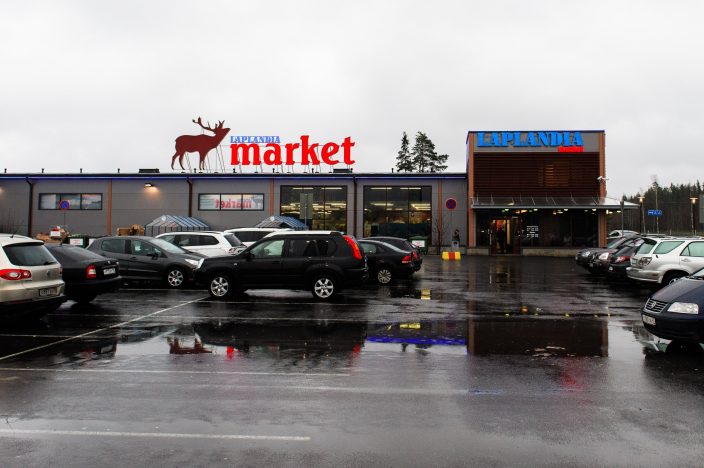 Given Russia’s sustained infection rate, there is little hope that the border will be opened for Finland’s summer tourism season — and many believe the border will likely remain shut even longer.

“It definitely has had a big effect. You just wouldn’t imagine such risks relate to the border anymore in the year 2020,” said Petteri Terho, spokesman for the Zsar Outlet Village, a large upscale shopping area catering to both Finns and Russians near the Vaalimaa border station, the busiest crossing point between the two nations.

The closure has caused cross-border tourism to the South Karelia region, entry point to Finland’s picturesque lake district that is a favorite of locals and Russian tourists alike, to collapse overnight. 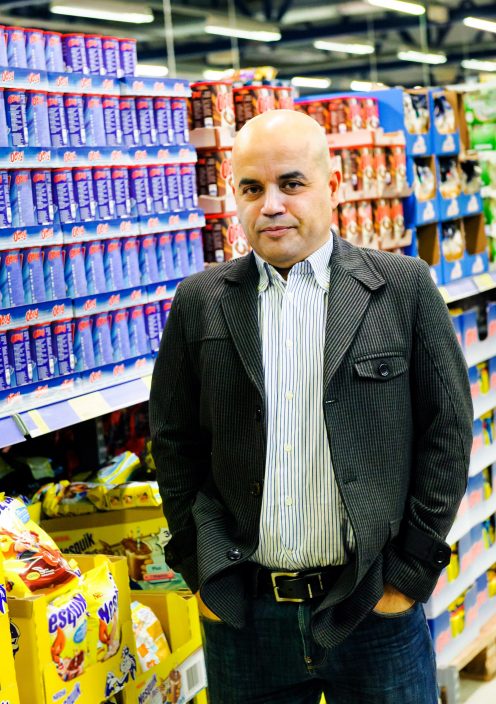 FILE - This Nov. 19, 2013 file photo shows the founder and CEO of Laplandia Market, Mohamad Darwich, in Lappeenranta, Finland, The rare closure of Finland's border with Russia amid the COVID-19 pandemic has hit hard the Nordic nation's South Karelia border region, putting an abrupt stop to visits by nearly two million Russian tourists to the area annually and depriving local businesses and entrepreneurs millions of euros every month. (Hannu RissanenLehtikuva via AP, File)

Above all, it has deprived local businesses of an estimated 25 million euros ($28 million) for every month the border remains closed.

Finland has seen 6,859 cases of COVID-19 and 320 deaths but most have been in and around Helsinki, the capital. But in the South Karelia region, 250 kilometers (155 miles) northeast of Helsinki, only 24 positive cases have been diagnosed, with no fatalities so far.

Russia has over 405,000 coronavirus infections, the third-highest number in the world. It has reported 4,693 virus deaths, a figure experts call a significant undercount of the true situation.

“This is a whole new situation for all of us,” said Katja Vehvilainen of the Imatra Region Development Company, a local Finnish business promotion agency, adding that the South Karelia region enjoyed a growth of 15% in tourism last year. “The corona situation has unfortunately completely changed the direction.”

Still, locals remain unfazed, given Finland’s long history of dealing with the ups and downs of Russian tourism in the wake of its neighbor’s political and economic upheavals.

The last tourism crisis hitting South Karelia took place in 2014-2015 when the value of the Russian rouble plunged against the euro, instantly denting visits by Russians.

“It looks pretty bad now,” said Markku Heinonen, development manager for the city of Lappeenranta, the region’s biggest center with 73,000 residents. “But the previous crises (with Russian tourism) have taught companies to prepare for something like this.”

The region hosted 1.9 million foreign tourists last year, most coming from Russia for shopping daytrips or longer holidays to enjoy spas, restaurants and lakeside cottages in an area known for its pristine beauty.

Lappeenranta, a key center for wood products, has been dealing with Russia since it was founded in 1649. It's just 20 kilometers (12 miles) from the border station of Nuijamaa. From there, it’s mere 180 kilometers (112 miles) to Russia’s second city of St. Petersburg, whose population of nearly 5.5 million equals the entire population of Finland.

“Our business has dried up almost completely. One can say it melted away in one day (after the border closure),” said Mohamad Darwich, who runs the Laplandia Market, a grocery store catering to Russian tourists near the Nuijamaa border post.

Darwich, who arrived in Finland from Russia in 1992 after studying in St. Petersburg, listed fresh fish, cheese and dishwashing liquid among the most popular items bought by Russian visitors. He has reopened the store now for locals and hopes the border will be reopened by October at the latest “under an optimistic scenario.”

Citing a recent study, Heinonen said if the border stays closed until the end of the year or even beyond — a worst-case scenario — the South Karelia region is estimated to lose at least 225 million euros ($247 million) in tourism income this year and risks losing about 900 jobs, a large number in this region.

Locals are now eyeing domestic or European visitors as possible substitutes for the missing Russians this year.

Ryanair, which suspended its European routes from Lappeenranta until further notice due to the pandemic, has indicated it’s ready to resume some flights in July, which could bring in western European tourists. But even the Irish airline has largely catered to Russian clients living near the Finnish border who used the Lappeenranta airport.

“There are plenty of summer cottages in the area and holidaying Finns around, so domestic travel is absolutely crucial for us,” said Terho, the Zsar Outlet Village spokesman.