There is finally a break in this weird, new world of NASCAR after nine races over 16 days in three different states.

Brad Keselowski lucked into a pair of wins, new favorite son Chase Elliott lost three races (but won one) and Kyle Busch ticked off his haters simply by being himself.

Some rain interruptions aside, te racing has been good. The series is starting to find a rhythm and the story lines are strong. Even seven-time NASCAR champion Jimmie Johnson has come close to winning his first race in more than three years. 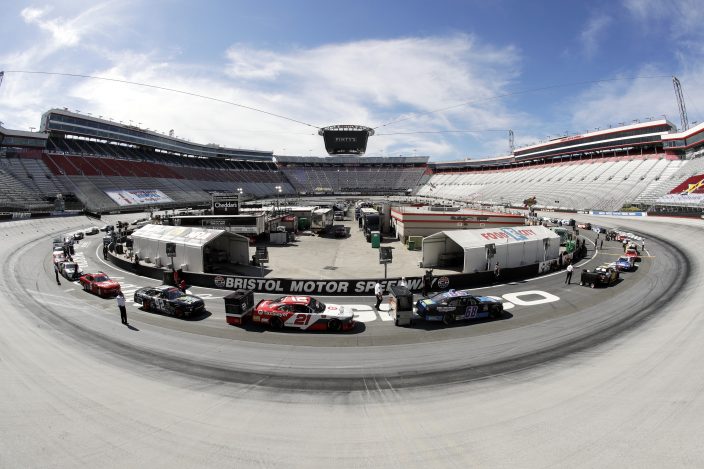 In this picture made with a fisheye lens, cars are readied for a NASCAR Xfinity Series auto race at Bristol Motor Speedway Monday, June 1, 2020, in Bristol, Tenn. (AP PhotoMark Humphrey)

But all is not entirely well.

A sport that prides itself on the access to its drivers is racing at empty tracks, most evident Sunday at cavernous Bristol Motor Speedway. The Tennessee bullring known as “The Last Great Colosseum” can hold about 140,000 fans and once boasted a 55-race sellout streak spanning 28 years.

It was jarringly empty on a spectacular day for racing Sunday. When Elliott and Joey Logano tangled on the track with just over a lap remaining — and when Logano gave Elliott a long stare on pit road — it was eerily silent. 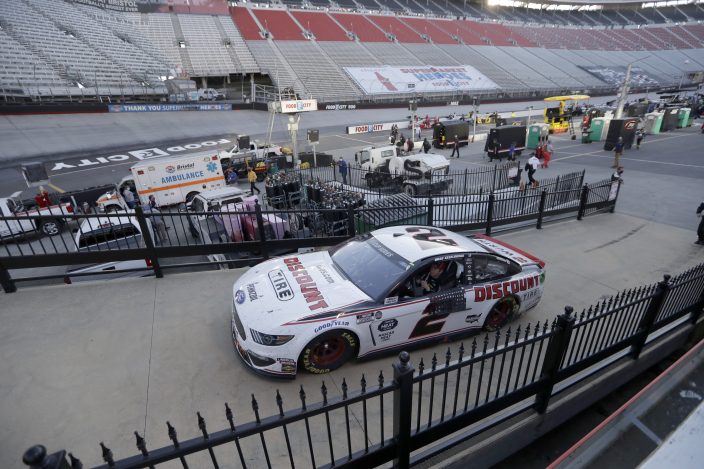 In the old days, before the pandemic, the crowd would have been hysterical. In the new normal, the two drivers put on their mandatory face masks and had a peaceful discussion in front of dreary, gray grandstands.

“It’s kind of like, well, I guess we’ll go home,” runner-up Clint Bowyer said of the anticlimactic post-race dramatics. “I’m ready to have fans back. I think it’s time.”

Local tracks around the country have allowed spectators for at least the last two weekends. NASCAR, when it announced its second stretch of races through June 21 in Alabama, said the events would be without fans. 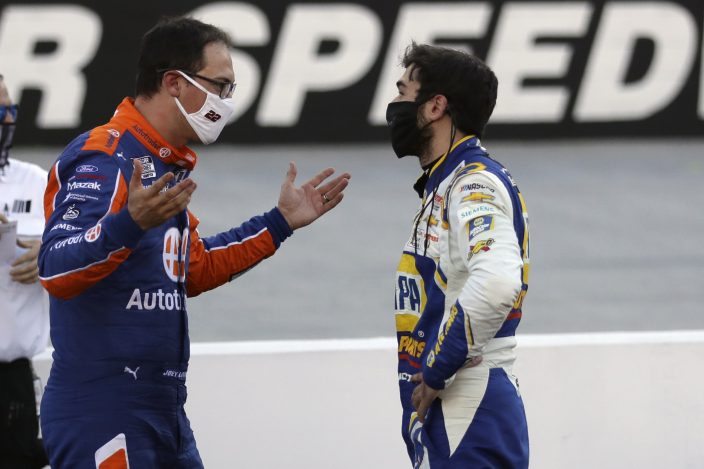 The pressure will grow to get fans back in the stands, particularly as more and more local tracks open the gates with their governors' OK. If fans can attend South Alabama Speedway in Ozark, why can't they go to the big show at Talladega Superspeedway in three weeks?

NASCAR has touted a health plan it was confident could get the teams back to the track and so far it has worked. No driver has failed the temperature checks required to enter the facilities so far. But it has been barely two weeks since Darlington Raceway hosted the first race back so it's far too early to know if the plan is perfect.

Masks are still required and teams have been good sports about following the rules. But it's going to get hotter and the days are long and the masks are going to become a nuisance. Social distancing is for the most part followed, but awareness is fading and teams were in clusters along pit road waiting for the Bristol race to start. 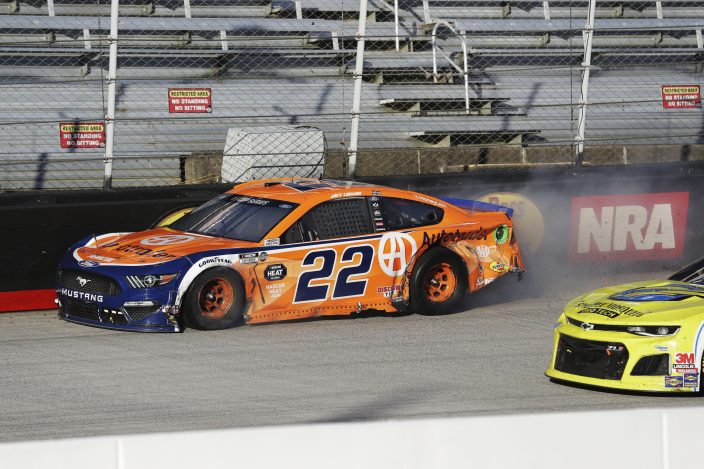 Joey Logano (22) drives the final lap in a NASCAR Cup Series auto race at Bristol Motor Speedway Sunday, May 31, 2020, in Bristol, Tenn. Logano had taken the lead but collided with Chase Elliott with three laps remaining. Their cars made contact in the fourth turn and drifted into the wall, allowing Brad Keselowski to come from third place for the win. (AP PhotoMark Humphrey)

NASCAR already made a huge decision to get back to business after postponing eight Cup Series races. Now it will face another in deciding if the comeback is complete and fans can return.

The push for spectators is understandable because access is a cornerstone of racing's popularity. The common fan can sit in the stands and eavesdrop on drivers via radio. They can camp in the infield with friends and sometimes run into their favorite driver out on a golf cart checking out the party scene. The lucky score a pit pass and get a front-row seat to every turn of a wrench or tire change.

The atmosphere is a corporate sponsor's dream as executives, guests and clients get VIP treatment at the traveling circus. Right now, there is no essential need for a team owner to be at the track, so most don't bother. 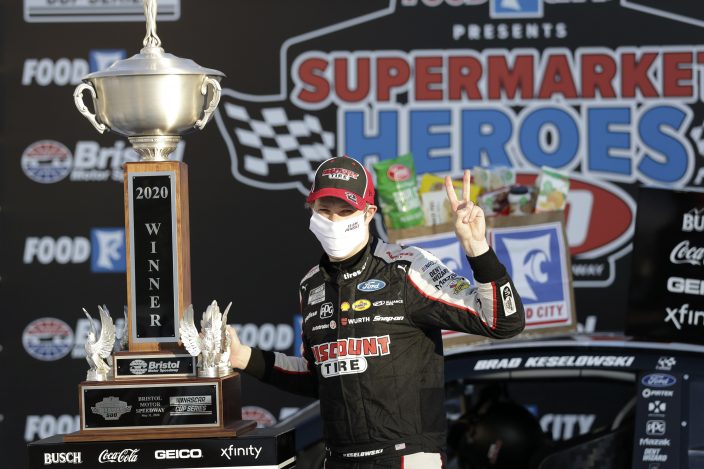 CORRECTS TO SUNDAY, MAY 31, 2020, NOT SATURDAY, MAY 30 - Brad Keselowski (2) celebrates after winning a NASCAR Cup Series auto race at Bristol Motor Speedway Sunday, May 31, 2020, in Bristol, Tenn. (AP PhotoMark Humphrey)

It's not an ideal model and NASCAR executive Steve O'Donnell felt it Sunday. He s aid on Twitter that the action-packed ending was missing crowd reactions: “Nothing better than seeing the most passionate fans in sports at the track. When we get back in the Fall I hope it is a sellout!"

NASCAR has a few days off between Monday night's Xfinity Series race and the Truck Series race Friday at Atlanta Motor Speedway. The teams need the time to regroup, though the drivers are fine and seem to love the current one-day shows.

NASCAR officials, though, won't get a break. They are facing hard decisions on how quickly to get back to the old days. One hopes those decisions won't be made on false confidence.

In The Pits: NASCAR facing big decision on when to race

IN THE PITS: Virtual race a real success for bored NASCAR

In The Pits: NASCAR regroups after Ryan Newman accident