A Pakistani girl who was critically injured on the ground last month when a passenger plane went down in a crowded neighborhood of the port city of Karachi has died at a hospital, her relatives and a doctor said Tuesday.

The 12-year-old girl was among four local residents who were injured when the Airbus A320 crashed near the Karachi airport on May 22, slamming into the densely crowded neighborhood and setting off a huge fire. 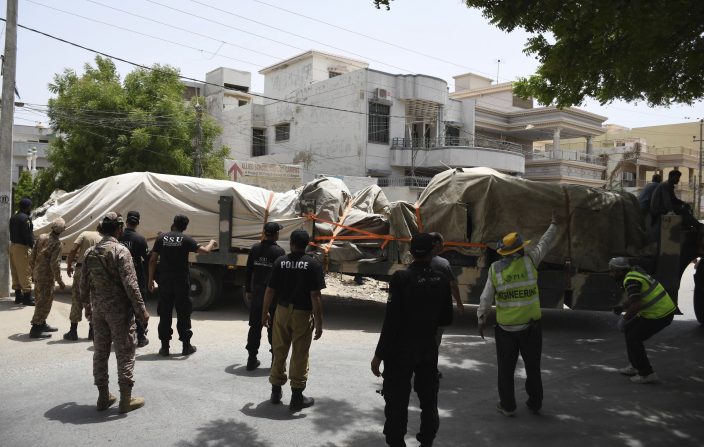 She died on Monday from severe burn injuries, said Rubina Bashir, a doctor at a government hospital where the girl was treated. The remaining three injured local residents are still hospitalized.

Initial reports have said that the Pakistan International Airlines jet crashed after an apparent engine failure. Flight PK-8303 took off from the eastern city of Lahore and was trying to land at the Karachi airport when it crashed. At least 18 homes on the ground were damaged or destroyed.

The crash took place just days after Pakistan lifted some of the restrictions imposed over the coronavirus pandemic and resumed domestic flights ahead of the Eid al-Fitr holiday, which marks the end of the Islamic holy month of Ramadan. 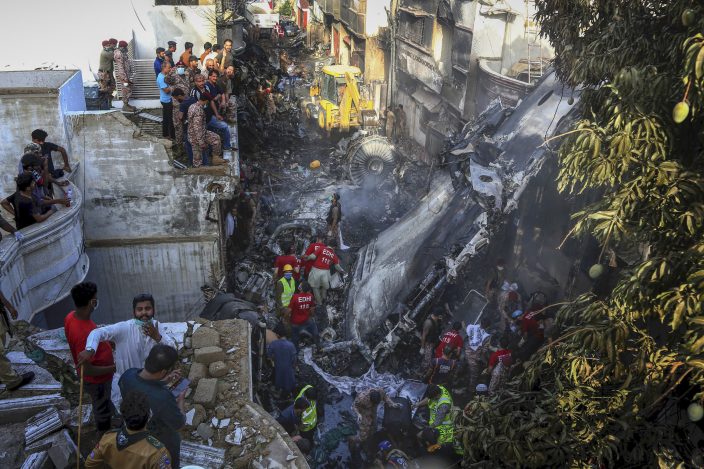 Volunteers look for survivors of a plane that crashed in a residential area of Karachi, Pakistan, May 22, 2020. An aviation official says a passenger plane belonging to state-run Pakistan International Airlines crashed near Karachi's airport. (AP PhotoFareed Khan)

Pakistan had been in a countrywide lockdown since mid-March because of the virus, and when flights resumed, every other seat was left vacant to promote social distancing, including on the doomed PIA flight. Authorities have reported over 76,398 cases of the virus, including 1,621 deaths.