President Vladimir Putin on Tuesday endorsed Russia's nuclear deterrent policy which allows him to use atomic weapons in response to a conventional strike targeting the nation's critical government and military infrastructure.

By including a non-nuclear attack as a possible trigger for Russian nuclear retaliation, the document appears to send a warning signal to the U.S. The new expanded wording reflects Russian concerns about the development of prospective weapons that could give Washington the capability to knock out key military assets and government facilities without resorting to atomic weapons.

In line with Russian military doctrine, the new document reaffirms that the country could use nuclear weapons in response to a nuclear attack or an aggression involving conventional weapons that “threatens the very existence of the state.” 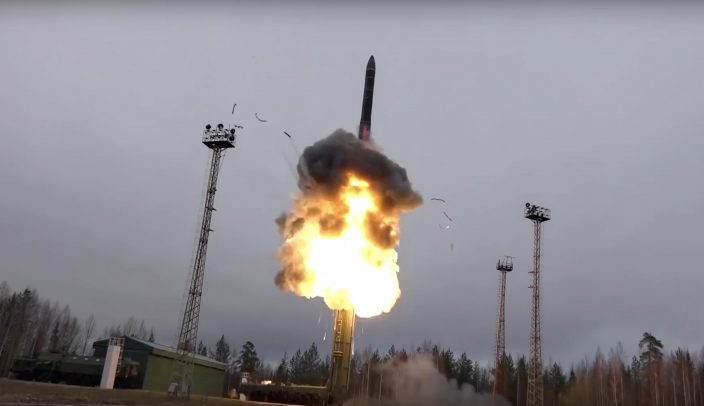 In this photo taken from undated footage distributed by Russian Defense Ministry Press Service, an intercontinental ballistic missile lifts off from a truck-mounted launcher somewhere in Russia. The Russian military said the Avangard hypersonic weapon entered combat duty. Little on the Pentagon’s drawing board illustrates more clearly the Trump administration’s worry about China and Russia than its work on hypersonic weapons. These missiles and aerial vehicles fly at speeds of a mile a second or faster and maneuver in ways that make them extra difficult to detect and destroy in flight. (Russian Defense Ministry Press Service via AP)

In addition to that, the document now states that Russia could use its nuclear arsenals if it gets “reliable information” about the launch of ballistic missiles targeting its territory or its allies and also in the case of ”enemy impact on critically important government or military facilities of the Russian Federation, the incapacitation of which could result in the failure of retaliatory action of nuclear forces."

U.S.-Russia relations are at post-Cold War lows over the Ukrainian crisis, the accusations of Russian meddling in the U.S. 2016 presidential election and other differences. 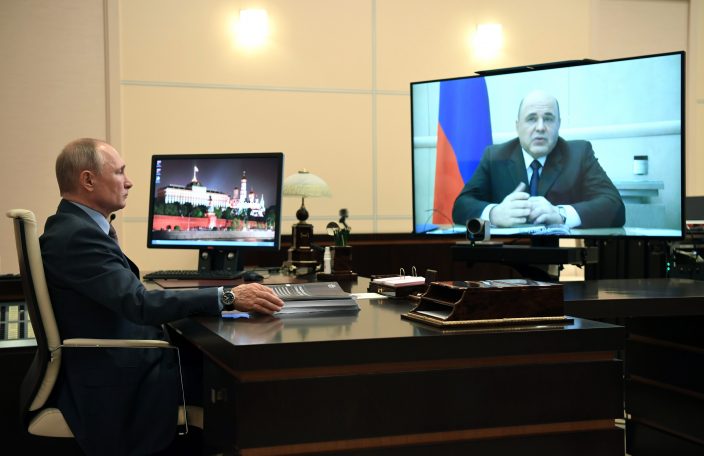 Last year, both Moscow and Washington withdrew from the 1987 Intermediate-range Nuclear Forces Treaty. The only U.S.-Russia nuclear arms control agreement still standing is the New START treaty, which was signed in 2010 by U.S. President Barack Obama and then-Russian President Dmitry Medvedev. The pact limits each country to no more than 1,550 deployed nuclear warheads and 700 deployed missiles and bombers and envisages sweeping on-site inspections to verify compliance.

Russia has offered to extend the New START, which expires in February 2021, while the Trump administration has pushed for a new arms control pact that would also include China. Moscow has described that idea as unfeasible, pointing at Beijing’s refusal to negotiate any deal that would reduce its much smaller nuclear arsenal.

In a call with members of his Security Council over the weekend, Putin warned that the New START treaty is bound to expire, but "the negotiations on that crucial issue, important not just for us but for the entire world, have failed to start.”