A storm in the Arabian Sea off India's west coast intensified into a severe cyclone on Wednesday, gathering speed as it barreled toward India's financial capital of Mumbai.

Nisarga was forecast to drop heavy rains and winds gusting up to 120 kilometers (75 miles) per hour when it makes landfall Wednesday afternoon as a category 4 cyclone near the coastal city of Alibagh, about 98 kilometers (60 miles) south of Mumbai, India's Meteorological Department said.

Bracing for its first cyclone in more than a century, the western states of Gujarat and Maharashtra evacuated some 100,000 people from low-lying areas, according to the Press Trust of India news agency. 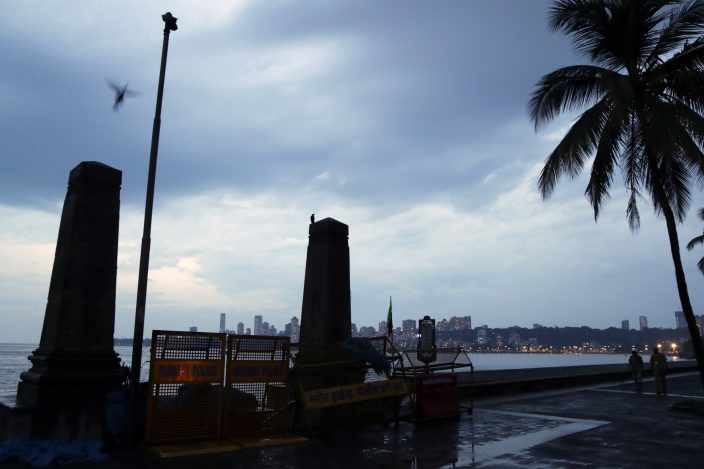 Rain clouds fill the sky on the Arabian Sea coast in Mumbai, India, Tuesday, June 2, 2020. Cyclone Nisarga in the Arabian Sea was barreling toward India's business capital Mumbai on Tuesday, threatening to deliver high winds and flooding to an area already struggling with the nation's highest number of coronavirus infections and deaths. (AP PhotoRajanish Kakade)

The cyclone also threatened to worsen prospects for an economic turnaround as a 9-week-long government-imposed coronavirus lockdown began to ease this week.

Some special trains departing from Mumbai that for weeks have carried millions of economic migrants who lost their jobs in lockdown were rescheduled, and newly restored domestic airline travel postponed.

Fernando Alonso returning to F1 next season with Renaul ...

Fernando Alonso will return to For ...

Writers warn in open letter against threat to free spee ...

Dozens of artists, writers and aca ...

Cyclone kills 33 in India with thousands in relief camps