BEIJING — The central Chinese city of Wuhan has tested nearly every one of its 11 million people for the coronavirus in a mass effort that resulted in the isolation of 300 people, authorities said Wednesday.

The pandemic is believed to have originated last year in the industrial city that went under lockdown for 76 days to try to stop the outbreak. Wuhan still accounts for the bulk of China's 83,021 cases and 4,634 deaths from the disease.

The testing effort carried out in the second half of May targeted every resident not already tested and excluded only children under age 6. 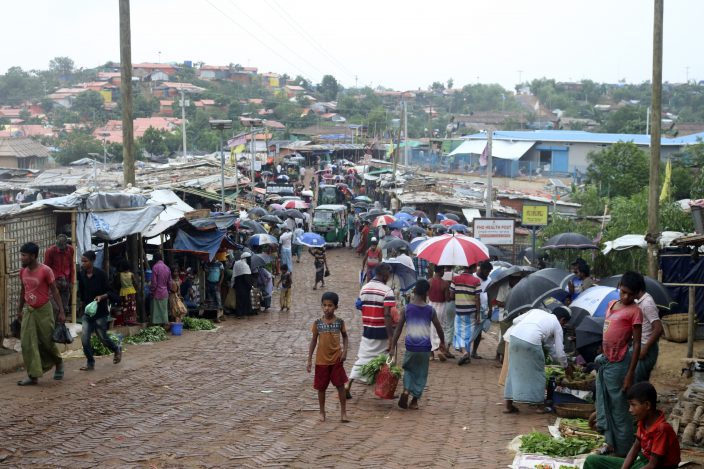 People shop for vegetables at the Kutupalong Rohingya refugee camp in Cox's Bazar, Bangladesh, Tuesday, June 2, 2020. Authorities in Bangladesh have confirmed the first death of a Rohingya refugee from the coronavirus, as infections rise in sprawling camps where more than 1 million Rohingya Muslims have been living since fleeing from neighboring Myanmar. The 71-year-old refugee died Saturday at Ukhiya in Cox's Bazar, and samples collected from him tested positive on Monday, said Abu Toha M.R. Bhuiyan, chief health coordinator of the office of the Refugee, Relief and Repatriation Commissioner. (AP PhotoShafiqur Rahman)

“This is extraordinarily rare anywhere in the world,“ National Health Commission expert Li Lanjuan told reporters. “It not only shows confidence and determination in the fight against the epidemic in Wuhan, but has also provided reference to other cities for their prevention.”

No active, unknown cases of COVID-19 were found from the testing effort, although 300 people who tested positive for the virus without showing symptoms were placed in isolation.

The executive deputy mayor, Hu Yabo, said the city spent 900 million yuan ($126 million) on the tests, a “totally worthwhile” expenditure as Wuhan looks to reassure residents and people elsewhere in China and get the city’s local economy humming again, the official Xinhua News Agency quoted him as saying. 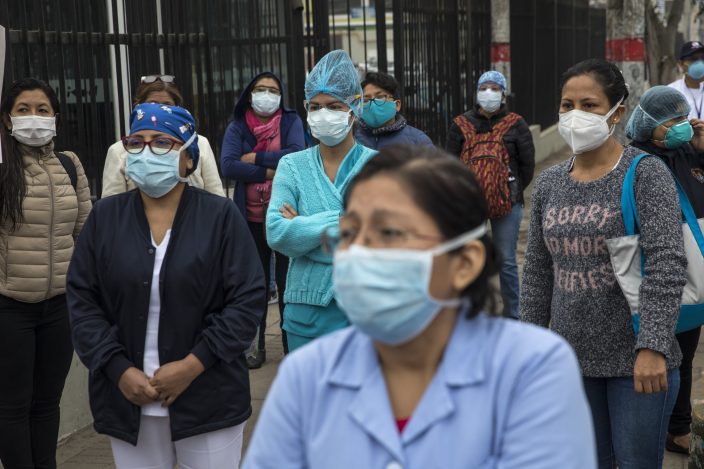 HERE’S WHAT YOU NEED TO KNOW TODAY ABOUT THE VIRUS OUTBREAK:

— Concerns are mounting about studies in two influential medical journals on drugs used in people with coronavirus.

— The US Senate confirms a new inspector general to oversee money distributed as part of the $2 trillion economic rescue law.

CANBERRA, Australia — The coronavirus pandemic has pushed Australia’s economy into recession for the first time in 29 years.

Federal Treasurer Josh Frydenberg said on Wednesday the current June quarter will be the second in a row in which the Australian economy has shrunk. A recession is defined as at least two successive quarters of contraction.

Data released on Wednesday for the March quarter show a 0.3% contraction since the three months through December due to destructive wildfires and the early stages of the coronavirus lockdown.

Frydenberg said the Treasury Department had advised the June quarter result will be worse.

“In response to this once-in-100-year global event, we put in place a series of health measures that have hit the economy hard,” Frydenberg said.

Australia has recorded 7,221 coronavirus cases with 26 people still in hospitals on Wednesday. There have been 102 fatalities.

NEW YORK — The true number of COVID-19 infections among inmates at Manhattan’s federal lockup was likely about seven times what the Bureau of Prisons has publicly reported, a government lawyer conceded Tuesday.

The bureau’s website says five inmates at the Metropolitan Correctional Center have had the virus. But Assistant U.S. Attorney Jean-David Barnea, representing the MCC’s warden at a court hearing, said at least 34 inmates had been quarantined with symptoms because they were believed to have it.

Barnea made the revelation at a federal court hearing for a lawsuit that seeks court oversight over conditions for the nearly 800 inmates at the MCC. Despite conceding the number of virus cases was probably much higher than five, Barnea fought claims that the caseload could’ve been more than a few dozen.

The figures announced by the Korea Centers for Disease Control and Prevention on Wednesday brought national totals to 11,590 cases and 273 deaths. All but one of the new cases were reported from the densely populated Seoul metropolitan area, where hundreds of infections have been linked to entertainment venues, church gatherings and a massive e-commerce warehouse.

Mayors and governors in the greater capital area have shut thousands of nightclubs, hostess bars, karaoke rooms, churches and wedding halls to slow the spread of the virus.

But despite the spike in transmissions, the government has been pushing ahead with a phased reopening of schools, which began with high-school seniors on May 20. Nearly 1.8 million more students were to return Wednesday.

But South Korea’s education minister says 519 schools so far have been forced to go back to remote learning because of virus concerns.

UNITED NATIONS — The president of the U.N. Economic and Social Council is calling for urgent action to help the growing number of countries already facing or at risk of “debt distress” because of the economic impact of the COVID-19 pandemic.

Norway’s U.N. Ambassador Mona Juul, head of the 54-nation U.N. body, told a meeting Tuesday on financing for the coronavirus crisis and recovery that the decision by the world’s 20 major economic powers to freeze debt service payments for the world’s poorest countries through the end of the year isn’t enough.

She said the Group of 20’s suspension will free about $11 billion until the end of the year, but it’s estimated that eligible countries have an additional $20 billion in multilateral and commercial debt combined coming due this year.

Juul said that means even if the moratorium is extended to 2021, “many countries will have to make difficult choices between servicing their debt, fighting the pandemic, and investing in recovery.”

NASHVILLE, Tenn. — The wife of singer-songwriter John Prine, who died from complications of COVID-19, is urging lawmakers in Tennessee to expand absentee voting so people will not to risk their health exercising their right to vote.

Fiona Whelan Prine also contracted the coronavirus but recovered. She told a state Senate panel Tuesday that allowing more people to cast absentee ballots is critical to ensuring voters remain safe and healthy during the election.

Whelan Prine spoke over a video livestream and did not attend in person. In her words: “This is not or should not be a partisan issue. This is a serious health issue. And you, as our representatives, must advocate for our health, our safety and our right to participate in our Americana political process.”

Her husband was revered for songs such as “Angel from Montgomery,” “Sam Stone” and “Hello in There.”

JOHANNESBURG — South Africa’s lockdown regulations have been declared invalid by a court after a civic organization challenged them as unconstitutional.

The High Court of Gauteng Province on Tuesday gave the government 14 days to change the regulations to not infringe on people’s rights.

South Africa’s lockdown began on March 27 and has been gradually relaxed, but it still bans the sale of cigarettes and prevents most businesses and factories from operating at full capacity. The regulations also prohibit large public gatherings and restrict funerals to no more than 50 people.

The government said it would respond once it has studied the ruling.

South Africa has the highest number of virus cases in Africa with more than 34,000, including 705 deaths.

The Latest: After lockdown, cases up in Australian state

The Latest: Australian city Melbourne to lock down suburbs