The coronavirus toll in Mexico soared to a new daily high Wednesday, with the health department reporting 1,092 test-confirmed deaths — more than double the previous one-day record and in line with numbers in the United States and Brazil.

The announcement was an embarrassment for officials, who have consistently predicted that cases in Mexico were about to start leveling off. The country began a gradual re-opening of industrial and business activity Monday.

Officials rushed to say that many of the new confirmed deaths had occurred days or even weeks ago and were being announced now because of delays in processing tests or other reasons. 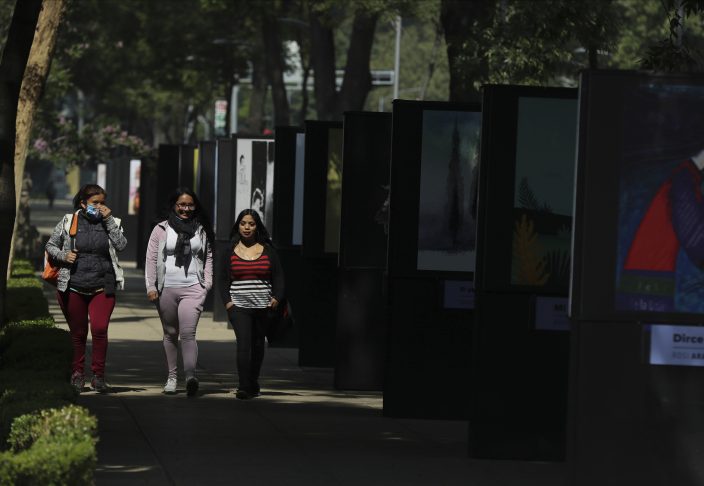 Pedestrians, one wearing a face mask, walk along an almost empty Paseo de la Reforma street in Mexico City, Tuesday, June 2, 2020, amid the new coronavirus pandemic. While the federal government’s nationwide social distancing rule formally ended Monday, it is urging people in so-called “red” zones to maintain most of those measures — and so many people are falling ill and dying each day that those zones cover nearly the whole country. (AP PhotoFernando Llano)

But such delays have presumably been a constant reflected in every previous daily tally. Assistant Health Secretary Hugo López-Gatell did not cite any specific clearing of testing backlogs in previous days that would explain the Wednesday spike.

“We have had a very substantial increase in mortality,” López-Gatell said, ascribing the delay in reporting deaths to “various reasons.”

Mexico has largely seen daily death tolls of 300 to 400, after seeing the previous one-day high of 501 deaths May 26.

The number of new confirmed cases rose by 3,912, pushing Mexico's total for the pandemic into six figures, at 101,238. But Mexico has performed very little testing — about 250,000 tests in a country 125 million people — and officials acknowledge that the actual number of cases is probably many times higher.