The U.S. trade deficit hit the highest level in eight months in April as American commerce with other countries was smothered by the coronavirus pandemic. 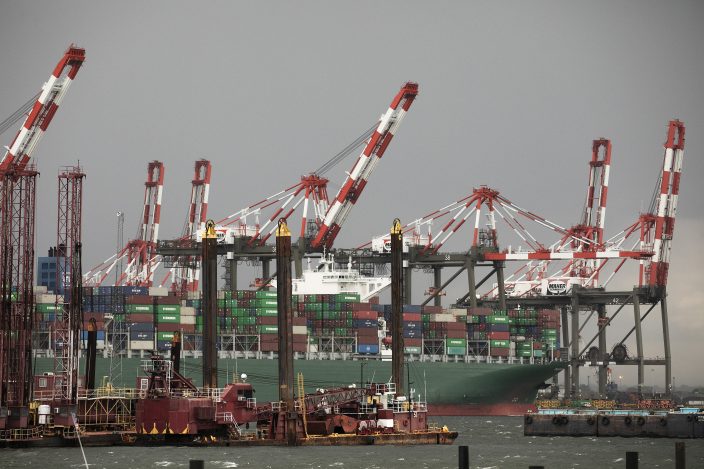 A container ship is docked at Maher Terminals in Elizabeth, N.J., Monday, May 11, 2020. (AP PhotoMark Lennihan)

In much of the world, the pandemic and the lockdowns meant to contain it have brought economic activity to a near-standstill.

In April. the United States ran a $71.8 billion deficit in the trade of goods such as autos and appliances. It ran a $22.4 billion surplus in the trade of services such as banking and education. 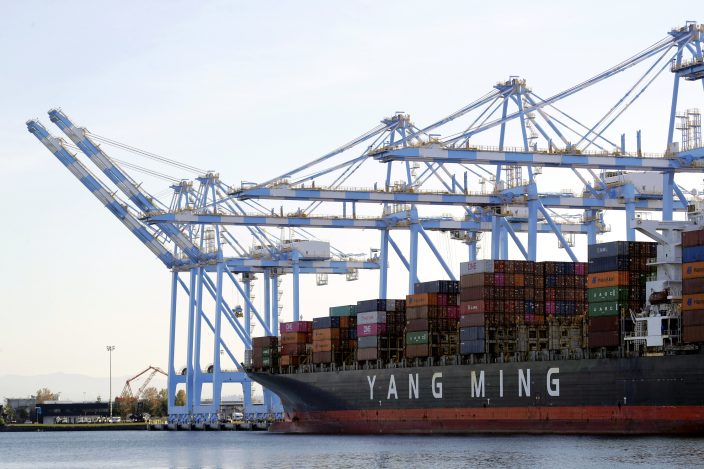 FILE - In this Nov. 4, 2019 file photo cargo cranes are used to take containers off of a Yang Ming Marine Transport Corporation boat at the Port of Tacoma in Tacoma, Wash. The U.S. trade deficit rose in March 2020 as the coronavirus outbreak battered America’s trade with the world. The gap between what the United States sells and what it buys abroad rose 11.6% in March to $44.4 billion from $39.8 billion in February. (AP PhotoTed S. Warren, File)

US trade deficit jumps to $68.1 billion in November

US trade deficit surges in July to highest in 12 years

US trade gap rises to $44.4 billlion as virus slams commerce