The United Nations is among organizations urging companies to create a “people's vaccine” for COVID-19 that would be free to everyone once one is developed.

In a hopeful sign, almost 1.9 million people applied for unemployment benefits in the United States, the ninth straight week of decline, as the country and its businesses gradually reopen.

Meanwhile, in Europe, German auto sales are slumping and France is changing its traditional Bastille Day military parade on the Champs-Elysees avenue to a ceremony honoring health care workers as well. Thousands of participants and guests at the July 14 ceremony on the Place de la Concorde square will be requested to keep physical distance from one another. 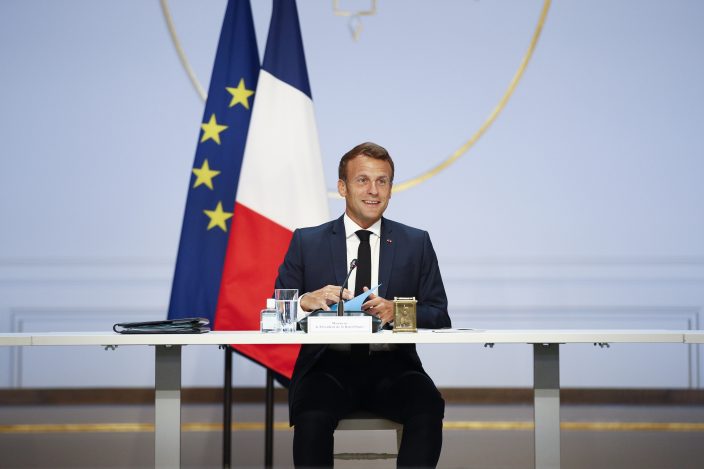 Here are some of AP’s top stories Thursday on the world’s coronavirus pandemic. Follow APNews.com/VirusOutbreak for updates through the day and APNews.com/UnderstandingtheOutbreak for stories explaining some of its complexities.

— The United Nations and the International Red Cross and Red Crescent Movement are urging that governments and others unite in developing a “people’s vaccine” to protect everyone against the coronavirus. Their appeal came ahead of a vaccine summit in London organized by the Global Vaccine Alliance. 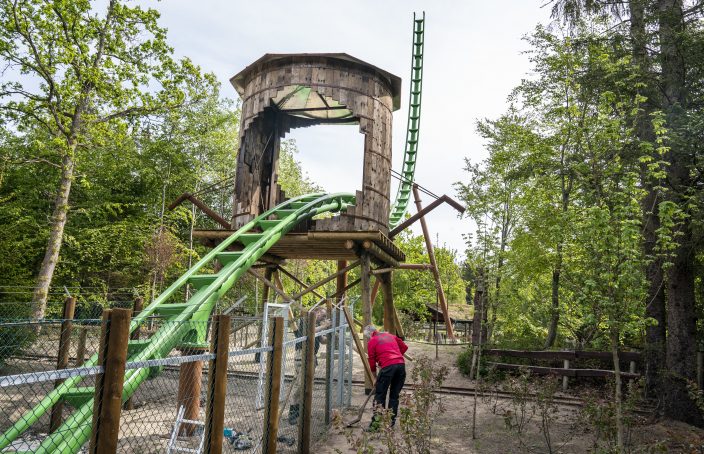 — Nearly 1.9 million people applied for U.S. unemployment benefits last week, the ninth straight decline since applications spiked in mid-March, a sign that the gradual reopening of businesses has slowed the pace of layoffs.

— A malaria drug President Donald Trump took to try to prevent COVID-19 proved ineffective for that in the first large, high-quality study to test it in people in close contact with someone with the disease. Results published by the New England Journal of Medicine show that hydroxychloroquine was no better than placebo pills at preventing illness from the coronavirus.

— Emergency room visits in the U.S. for chest pain and heart attacks fell early this spring, according to a study that supports fears that the coronavirus outbreak scared away people from going to the hospital. The Centers for Disease Control and Prevention reports visits were up for respiratory illnesses and pneumonia, but were down for nearly every other kind of injury or ailment. 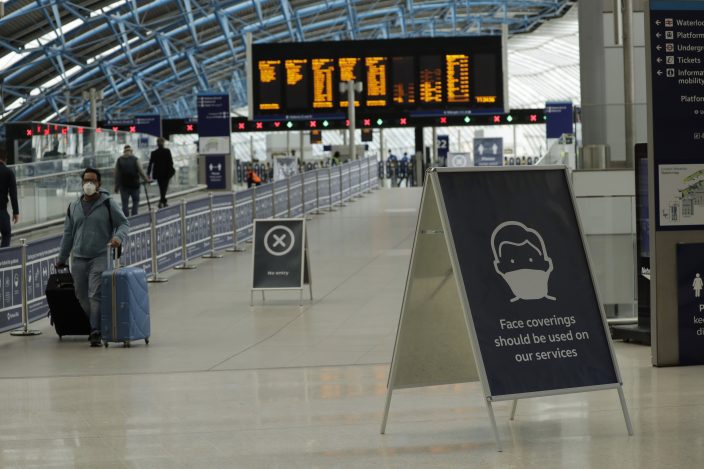 A sign recommending people wear face coverings to help stop the spread of coronavirus is displayed in Waterloo station, London, Thursday, June 4, 2020. Waterloo station, which is wide recognised as the busiest train station in Britain, is still much quieter than normal as most commuters are working from home and not commuting into central London offices. (AP PhotoMatt Dunham)

— In Nevada, the casino coronavirus closure has ended. Cards are being dealt, dice are rolling and slot machines flashed and jingled for the first customers who started gambling again early Thursday in Las Vegas and throughout the state. Hotel-casinos in suburban areas were first to open, followed later by a restart of the iconic Bellagio fountain and reopenings of several resorts on the Las Vegas Strip.

— T he farm-to-table movement in the United States has grown even more during the pandemic out of necessity because some producers can’t rely on the complex web of processors, distributors and middlemen to get food to customers.

WHAT YOU NEED TO KNOW: 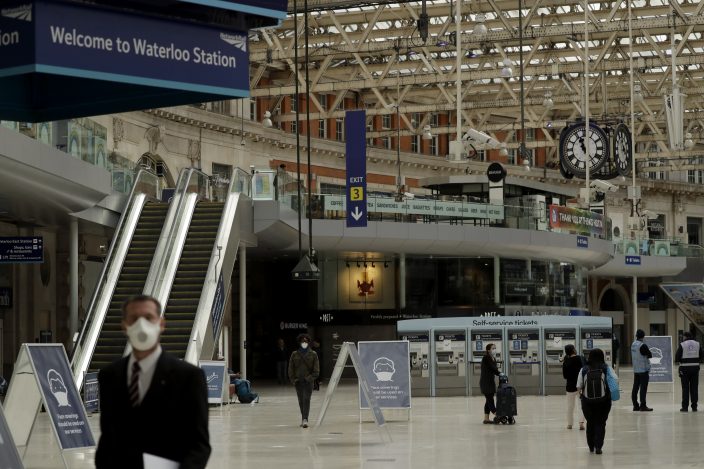 Signs recommending people wear face coverings to help stop the spread of coronavirus are displayed in Waterloo station, London, Thursday, June 4, 2020. Waterloo station, which is wide recognised as the busiest train station in Britain, is still much quieter than normal as most commuters are working from home and not commuting into central London offices. (AP PhotoMatt Dunham)

For most people, the coronavirus causes mild or moderate symptoms, such as fever and cough that clear up in two to three weeks. For some, especially older adults and people with existing health problems, it can cause more severe illness, including pneumonia and death. The vast majority of people recover.

Here are the symptoms of the virus compared with the common flu.

One of the best ways to prevent spread of the virus is washing your hands with soap and water. The U.S. Centers for Disease Control and Prevention recommends first washing with warm or cold water and then lathering soap for 20 seconds to get it on the backs of hands, between fingers and under fingernails before rinsing off.

You should wash your phone, too. Here’s how.

TRACKING THE VIRUS: Drill down and zoom in at the individual county level, and you can access numbers that will show you the situation where you are, and where loved ones or people you’re worried about live.

— 168,000: That's how many cars were registered in Germany last month, down 50% from a year earlier, according the German Association of the Automotive Industry.

— MUSEUM GIFT: If it hadn’t been for the pandemic, Amsterdam's Rijksmuseum would likely have to do without a classic Dutch 16th century painting it so badly craved. But the sale of Bartholomeus Spranger’s “Body of Christ Supported by Angels” was canceled early in the corovavirus crisis, and art dealer Bob Haboldt chose to donate it instead to the famed museum.

— FAUCI THE COLT: A racehorse named for Dr. Anthony Fauci reached the finish line at a safe enough distance from others that would have made his namesake proud. Fauci, the 2-year-old colt named for the director of the National Institute of Allergy and Infectious Diseases, finished a distant second to a horse named Prisoner and was well ahead of third-place Indoctrinate in his much-anticipated debut at Belmont Park.