The Trump administration moved forward Friday with plans to scale back a century-old law protecting most American wild bird species despite warnings that billions of birds could die as a result.

Officials said in a draft study of the proposal that it could result in more deaths of birds that land in oil pits or collide with power lines or other structures. The study did not put a number on how many more birds could die but said the effects could be “significant."

Former U.S. Fish and Wildlife Service Director Dan Ashe and independent scientists have said the change could could cause a huge spike in bird deaths — potentially billions of birds in coming decades — at a time when species across North America already are in steep decline. 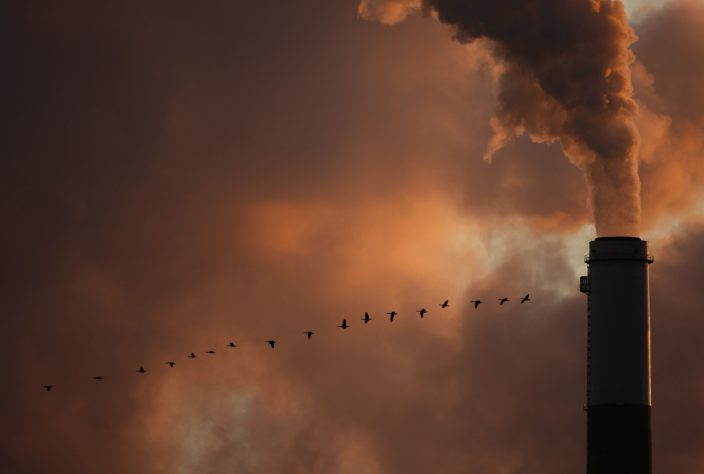 FILE - In this Jan. 10, 2009, file photo, a flock of geese fly past a smokestack at a coal power plant near Emmitt, Kan. The Trump administration is moving to scale back criminal enforcement of a century-old law protecting most American wild bird species. The former director of the U.S. Fish and Wildlife Service told AP billions of birds could die if the government doesn't hold companies liable for accidental bird deaths. (AP PhotoCharlie Riedel, File)

The proposal would end the government’s decades-long practice of treating accidental bird deaths caused by industry as potential criminal violations under the Migratory Bird Treaty Act. More than 1,000 species are covered under the law.

Industry sources kill an estimated 450 million to 1.1 billion birds annually, out of an overall 7.2 billion birds in North America, according to the U.S. Fish and Wildlife Service and recent studies.

The 1918 migratory bird law came after many U.S. bird populations had been decimated by hunting and poaching — much of it for feathers for women’s hats. 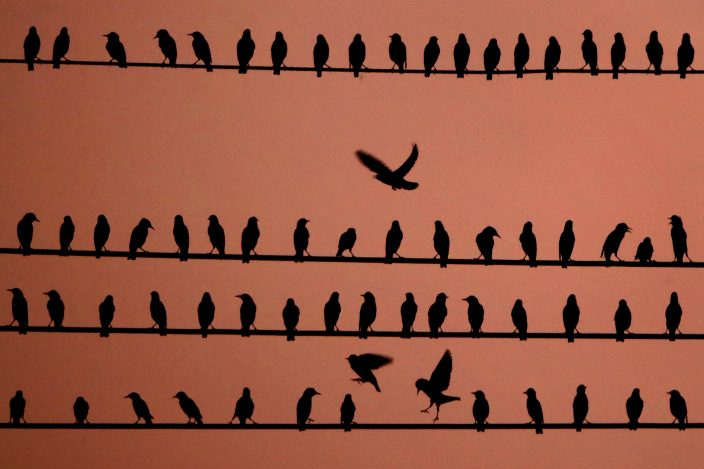 FILE- In this Sept. 24, 2017, file photo, birds vie for position on power lines at dusk in Kansas City, Kan. The Trump administration is moving to scale back criminal enforcement of a century-old law protecting most American wild bird species. The former director of the U.S. Fish and Wildlife Service told AP billions of birds could die if the government doesn't hold companies liable for accidental bird deaths. (AP PhotoCharlie Riedel, File)

Over the past half-century, the law also was applied against companies that failed to prevent foreseeable bird deaths, such as oil companies that did not put netting over toxic waste pits despite warnings from federal officials.

However, the Trump administration has said the deaths of birds that fly into oil pits, mining sites, telecommunications towers, wind turbines and other hazards should be treated as accidents not subject to prosecution. 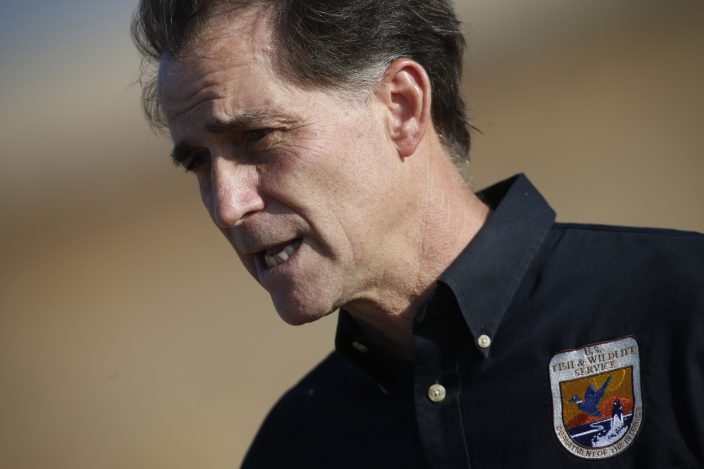 A Department of Interior legal decision in 2017 already had effectively ended criminal enforcement under the act during Trump's presidency. The pending proposal would cement that interpretation of the law into government regulation, thus making it harder to reverse by subsequent administrations.

U.S. Fish and Wildlife officials said the proposal was meant to match up with the 2017 legal decision.

“We believe this is the only viable alternative in line with this legal conclusion," the agency said in a statement. 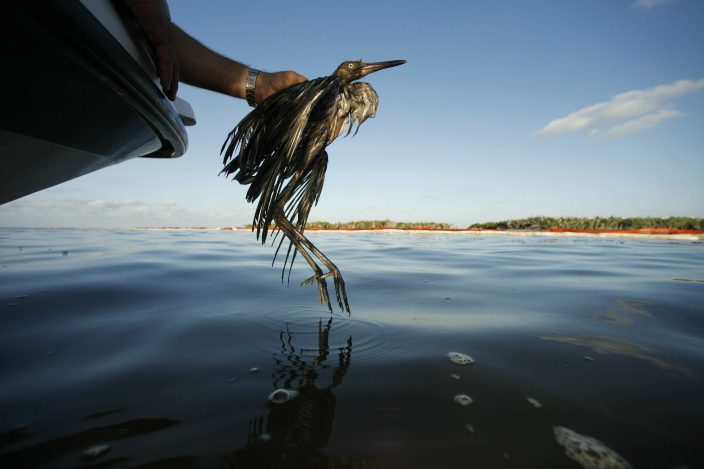 National Audubon Society President David Yarnold said the administration was ignoring the potential devastation to some species from scaling back protections and siding with corporations over the environment.

“While America is in turmoil, the Trump administration is continuing its relentless war on nature," Yarnold said.

Eight states led by New York and numerous conservation groups including Audubon have challenged the 2017 decision in U.S. District Court.

They contend birds already are being harmed by the administration's policies, most notably in the destruction last fall of nesting grounds for 25,000 shorebirds in Virginia to make way for a road and tunnel project. State officials had ended conservation measures for the birds after federal officials advised such measures were voluntary under the new interpretation of the law.

The highest-profile enforcement case bought under the migratory bird act resulted in a $100 million settlement by BP, after the Gulf of Mexico oil spill in 2010 killed approximately 100,000 birds.

Federal courts have been split on whether companies can be prosecuted, with appeals courts ruling in favor of industry three times and siding against companies twice.