A federal judge ruled Saturday that former national security adviser John Bolton can move forward in publishing his tell-all book despite efforts by the Trump administration to block the release because of concerns that classified information could be exposed.

The decision from U.S. District Judge Royce Lamberth is a victory for Bolton in a court case that involved core First Amendment and national security concerns.

The ruling means a broader election-year readership and distribution of a memoir that paints an unflattering portrait of President Donald Trump's foreign policy decision-making during the turbulent year-and-a-half that Bolton spent in the White House. 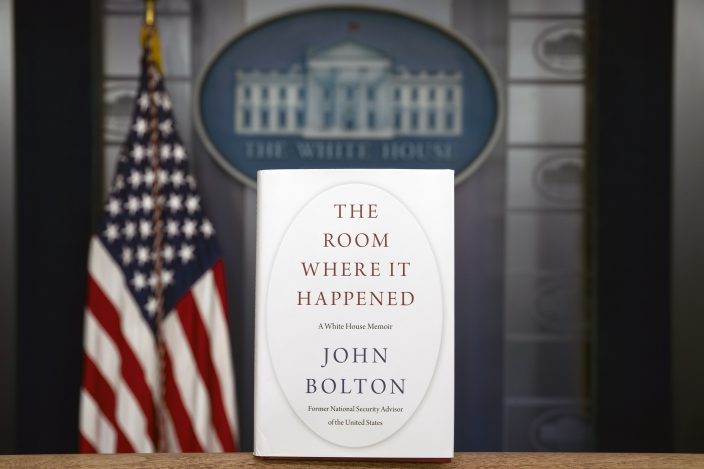 A copy of "The Room Where It Happened," by former national security adviser John Bolton, is photographed at the White House, Thursday, June 18, 2020, in Washington. (AP PhotoAlex Brandon)

Lawyer: Bolton will cooperate with any probe into his book

Bolton says Trump asked China to help him get reelected