Top European Union officials are holding talks Monday with Chinese President Xi Jinping and Premier Li Keqiang at a time of rising tensions between two major trading partners over the fallout from the coronavirus crisis and Beijing’s increasing control over Hong Kong.

The meetings are not expected to produce concrete results — no joint statement will be issued — but the Europeans hope it will boost slow-moving talks on an investment agreement and build some common ground for tackling thorny political issues at a face-to-face meeting, hopefully late in the year. 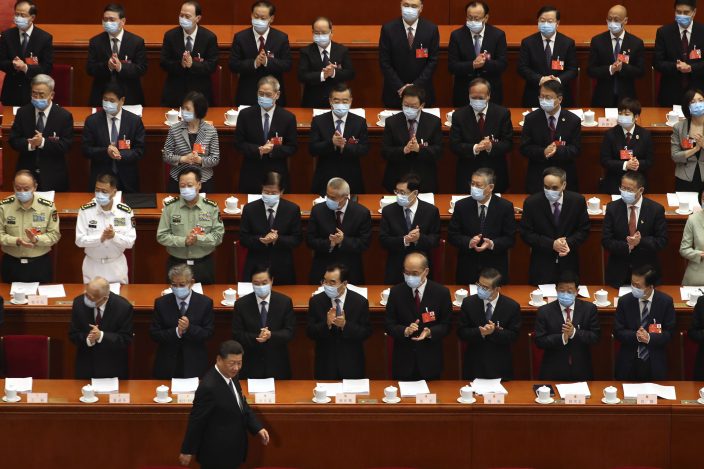 FILE - In this Friday, May 22, 2020 file photo, delegates applaud as President Xi Jinping arrives for the opening session of China's National People's Congress (NPC) at the Great Hall of the People in Beijing. Throughout January, the World Health Organization publicly praised China for what it called a speedy response to the new coronavirus. It repeatedly thanked the Chinese government for sharing the genetic map of the virus “immediately,” and said its work and its commitment to transparency were “very impressive, and beyond words.” But behind the scenes, it was a much different story, one of significant delays by China and considerable frustration among WHO officials over not getting the information they needed to fight the spread of the deadly virus, The Associated Press has found. (AP PhotoNg Han Guan, Pool)

The EU sees China as a “systemic rival” that offers great opportunities but also presents many challenges. The coronavirus pandemic has created new obstacles, notably what Brussels sees as a China-orchestrated campaign of disinformation about the pandemic that could put lives at risk.

The meetings come at a time when China stands accused of trying to influence European officials and Borrell has twice denied in recent months that the External Action Service — a kind of EU foreign office that he leads — has bowed to Beijing’s pressure to alter documents.

While the 27-nation EU is China’s biggest trading partner, it is often divided in its approach to Beijing. Yet the new security law for Hong Kong has galvanized the bloc. EU member countries insist the law will undermine the territory’s autonomy, which was guaranteed in the “one-country, two-systems” framework. 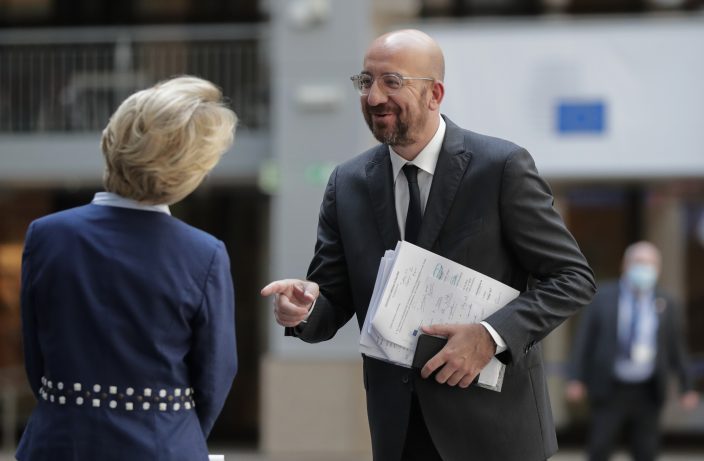 Monday’s meetings were originally meant to be a summit on March 30, but the coronavirus pandemic pushed it off the agenda, along with another high-level event that was due to take place in September in the German city of Leipzig.

The Europeans will hold a news conference later Monday but no Chinese officials are scheduled to take part.

European Union foreign policy chief Josep Borrell speaks during a media conference after a meeting of EU foreign ministers by videoconference at the European Council building in Brussels on Monday, June 15, 2020. The talks, which included a videoconference with U.S. Secretary of State Mike Pompeo, focused on China, developments in the Middle East and trans-Atlantic relations. (AP PhotoVirginia Mayo, Pool)

Mookie Betts homered for the first ...