The criminal convictions of former soccer officials Juan Ángel Napout and José Maria Marin were upheld Monday in a 3-0 decision by the 2nd U.S. Circuit Court of Appeals.

The pair were among the group arrested in 2015 at FIFA meetings in Zurich. U.S. prosecutors alleged bribes were received in exchange for awarding media rights to the Copa América, Copa Libertadores and Copa do Brasil tournaments along with World Cup qualifiers. 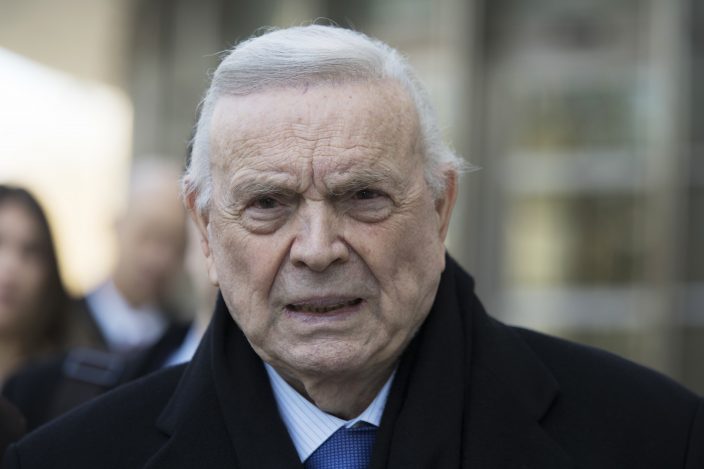 “U.S. wires provided a — or the — key means of paying those bribes,” Sack wrote. “In other words, in the relatively straightforward quid pro quo transactions underlying these schemes, the quid was provided through the use of U.S. wires.”

Napout was convicted on Dec. 22, 2017, of one count of racketeering conspiracy and two counts of wire fraud conspiracy, and he was taken into custody that day. He was sentenced to nine years in prison the following Aug. 29 and the 62-year-old is being held at the low-security Federal Correctional Institution in Miami.

Napout was president of the South American governing body CONMEBOL from August 2014 until December 2015, president of the Paraguayan Football Association from 2007-14 and a member of FIFA’s executive committee.

“Napout was often bribed with American banknotes from U.S. bank accounts that had been wired to a cambista (money changer) in Argentina, delivered to Full Play’s safety deposit box, and then given to Napout by hand," he wrote. "Napout was also bribed with luxury items including, for example, concert tickets and the use of a vacation house, which, wherever located, were paid for with money wired from a U.S. bank account.”

Marin was convicted of three counts of wire fraud conspiracy, two counts of money laundering conspiracy and one count of racketeering conspiracy, charges related to the Copa America, Copa Libertadores and Copa do Brazil. He was sentenced to four years in prison in August 2018 and left the Allenwood Low Federal Correctional Institution in Pennsylvania on April 2, three days after his request for compassionate release was granted by U.S. District Judge Pamela K. Chen. Marin turned 88 on May 6.

“We are of course disappointed with the outcome,” Marin's lawyer, Charles A. Stillman, wrote in an email to The Associated Press. “However, while awaiting this decision our client was granted compassionate release for which he is grateful.”

Marin was governor of São Paulo from May 1982 to March 1983 and was president of the Brazilian Football Confederation from March 2012 to April 2015. He also served as president of the local organizing committee for the 2014 World Cup in Brazil.

“The government presented ample evidence that the appellants had used American wire facilities and financial institutions to carry out their fraudulent schemes,” Sack wrote. “Marin frequently received bribe payments from the sports media and marketing companies in his ‘Firelli International Limited’ account with Morgan Stanley bank in New York. Marin also used a debit card connected with the ’Firelli’ account to make purchases of, among other things, $50,000 of jewelry, and $10,000 of clothing at stores in the United States.”

Napout and Marin also argued their convictions should be thrown out because they were not "permitted to introduce evidence that commercial bribery was legal in their home countries.”

“Allowing the jury to focus on the legality of the appellants’ conduct in Brazil or Paraguay," Sack wrote, “would risk the jury’s ignoring the question it needed to answer to determine their guilt or innocence: whether their accepting bribes had violated FIFA and CONMEBOL’s codes of ethics, and thus had deprived those organizations of their honest services in violation of U.S. law."

Iran has exceeded 17 kilograms of ...