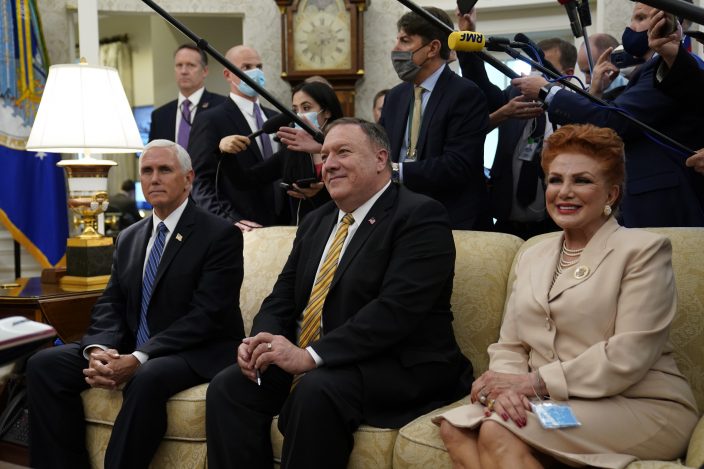 VIRUS OUTBREAK-GLOBAL — Governments and businesses are ramping up precautions as coronavirus case numbers rise to dire new levels in parts of the U.S. and around the world, potentially wiping out two months of progress. By Elaine Kurtenbach. SENT: 1,000 words, photos. With VIRUS-OUTBREAK-THE-LATEST. RACIAL INJUSTICE-KENTUCKY IMPATIENCE — The outcry has reverberated for weeks online and at demonstrations nationwide: Arrest the cops who killed Breonna Taylor. But three months after plainclothes detectives serving a warrant busted into her Louisville, Kentucky, apartment and shot the 26-year-old black woman to death, only one of the three officers who opened fire has lost his job. No one is facing criminal charges. By Dylan Lovan. SENT: 730 words, photos.

TRUMP-RUSHMORE — President Donald Trump’s plans to kick off Independence Day with a showy display at Mount Rushmore are drawing sharp criticism from Native Americans who view the monument as a desecration of land violently stolen from them. By Stephen Groves. SENT: 950 words, photo.

VIRUS OUTBREAK-UNAWARE OF COVID-19 — A half-year into the pandemic, it’s hard to imagine that anyone, anywhere hasn’t heard of the coronavirus. But scores of migrants arriving in Somalia, many who are en route to rich Gulf nations, tell United Nations workers every day that they are unaware of COVID-19. By Cara Anna. SENT: 750 words, photos. 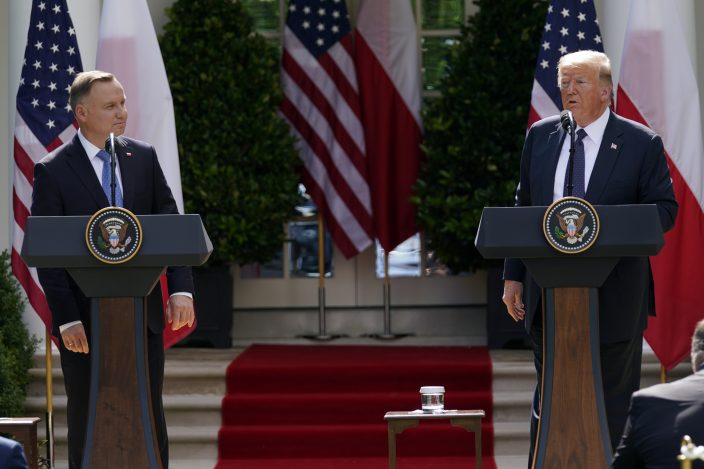 RUSSIA-VOTE-OPPOSITION — Russian authorities are pulling out all the stops to get people to vote on constitutional amendments that would enable President Vladimir Putin to stay in office until 2036. To encourage turnout amid the coronavirus outbreak, authorities are luring voters with a chance to win prizes ranging from gift certificates to cars and apartments. By Daria Litvinova. SENT: 1,050 words, photos.

ELECTION 2020-DEMOCRATS — A group of progressive Black Democratic congressional hopefuls is rushing toward the national stage and they are igniting rank-and-file enthusiasm in a party dominated by aging white leaders. SENT: 910 words, photos. 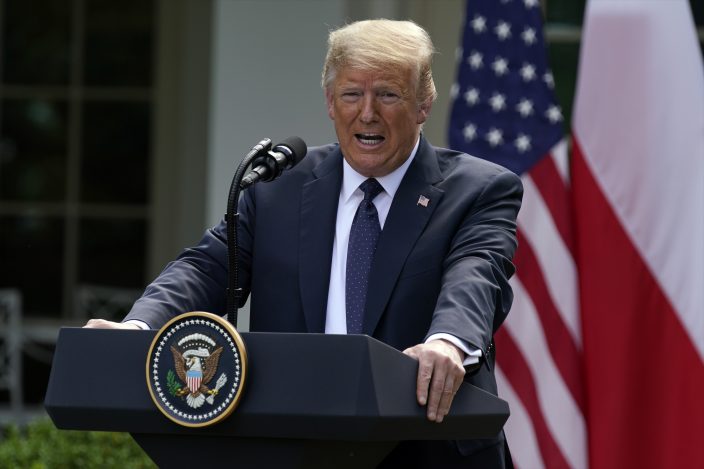 VIRUS OUTBREAK-ASIA — India says it will carry out a massive survey for the coronavirus targeting the entire population in New Delhi of 29 million. SENT: 710 words, photos.

RACIAL INJUSTICE-CONGRESS — A policing overhaul may have collapsed in Congress, but House Democrats are returning to Washington for a daylong debate on their sweeping package as a calling card to voters seeking a political response to the global outcry over the killing of George Floyd and other Black Americans. By Congressional Correspondent Lisa Mascaro. SENT: 800 words, photos. UPCOMING: 950 words after evening House vote.

RACIAL-INJUSTICE-WISCONSIN-STATUES — Protesters have defaced and torn down statues of historic figures during recent demonstrations against racial injustice in cities across the nation. SENT: 680 words, photos.

RACIAL-INJUSTICE-SEATTLE — A collection of Seattle businesses, property owners and residents sue the city over its tolerance of an “occupied” protest zone, saying officials have been complicit in depriving them of their rights to their property. SENT: 770 words, photos.

ELECTION 2020-WHY THE DELAY — Slow vote counts and delayed results are features of elections during the pandemic and are likely to continue into the general election in November. SENT: 800 words, photos.

ELECTION 2020-POSTAL SERVICE — The U.S. Postal Service’s famous motto — “Neither snow nor rain nor heat nor gloom of night stays these couriers” — is being tested like never before, by challenges that go well beyond the weather. SENT: 980 words, photo.

WIKILEAKS-ASSANGE — WikiLeaks founder Julian Assange sought to recruit hackers at conferences in Europe and Asia who could provide his anti-secrecy website with classified information, and conspired with members of hacking organizations, according to a new Justice Department indictment. SENT: 610 words, photo.

KOREAS-TENSIONS — South Korea and the United States urge North Korea to implement the disarmament pledges it made in past talks, saying the allies will keep pushing for diplomacy aimed at achieving the North’s complete denuclearization. SENT: 460 words, photos.

UNITED NATIONS-US-IRAN — U.S. Secretary of State Mike Pompeo threatens to seek to reimpose U.N. sanctions on Iran if the U.N. Security Council does not approve a resolution that would indefinitely extend the arms embargo on Tehran, which is set to expire in October. SENT: 840 words, photos.

UNITED-NATIONS-75TH-ANNIVERSARY — The U.N.’s secretary-general says the biggest accomplishment of the world body as it approaches its 75th anniversary is the long period since World War II that the most important powers didn’t fight against each other and nuclear war was avoided. An AP Interview. By Edith M. Lederer. SENT: 860 words, photo.

MONGOLIA-POLITICS — The Mongolian People’s Party retains a strong parliamentary majority as the U.S.-allied nation sandwiched between Russia and China held onto its democratic principles amid economic woes. SENT: 990 words, photos.

UNITED NATIONS-YEMEN — The U.N. humanitarian chief warns that without massive financial support, Yemen will “fall off the cliff,” with many more people starving to death, succumbing to COVID-19, dying of cholera and watching their children die because they haven’t been immunized for killer diseases. SENT: 640 words, photos.

GEORGIA CHASE-DEADLY SHOOTING — Three white men have been indicted on murder charges in the killing of Ahmaud Arbery, a Black man fatally shot while running in a neighborhood near Georgia’s coast. SENT: 810 words, photos.

CENSUS-POPULATION CHANGE — For the first time, nonwhites and Hispanics were a majority of people under age 16 in 2019, an expected demographic shift that will grow over the coming decades, according to figures released by the U.S. Census Bureau. SENT: 570 words, photo.

BOOKS-UNFINISHED-ALCOTT — The current issue of Strand Magazine will give readers the chance to discover an obscure and unfinished Louisa May Alcott work of fiction, and to provide a conclusion themselves. By National Writer Hillel Italie. SENT: 580 words, photo.

ASTROS-MOVING ON — After an almost four-month layoff, are baseball and its fans ready to forgive and forget the Astros’ sign-stealing scandal? By Sports Writer Kristie Rieken. SENT: 700 words, photos.