In a tweet, Fawad Chaudhry said the first home-made ventilators will be handed over to the national disaster management agency soon. The announcement comes days after Pakistan said it was racing against time to arrange for 1,500 more ventilators as part of a contingency plan. 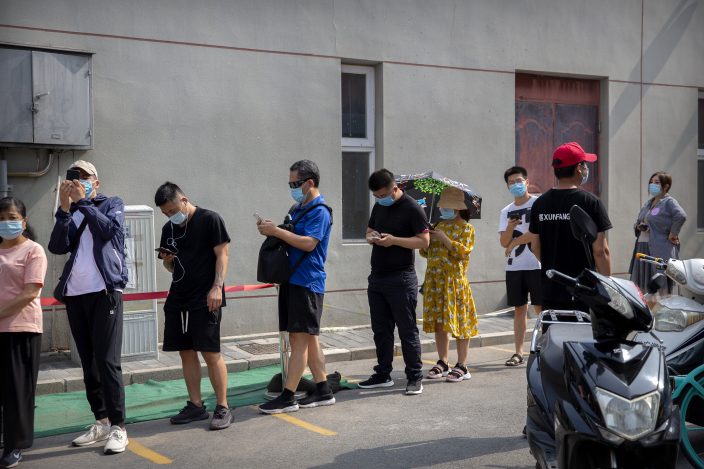 People wearing face masks stand in line for coronavirus tests at a community health clinic in Beijing, Sunday, June 28, 2020. China reported more than a dozen of new confirmed cases of COVID-19 on Sunday, all but a few of them from domestic transmission in Beijing, which has seen a recent spike in coronavirus infections. But authorities in the Chinese capital say a campaign to conduct tests on employees at hair and beauty salons across the city has found no positive cases so far, in a further sign that the recent outbreak has been largely brought under control. (AP PhotoMark Schiefelbein)

Pakistan has witnessed a spike in new infections since last month, when Prime Minister Imran Khan lifted lockdown, saying it was necessary to save the economy. 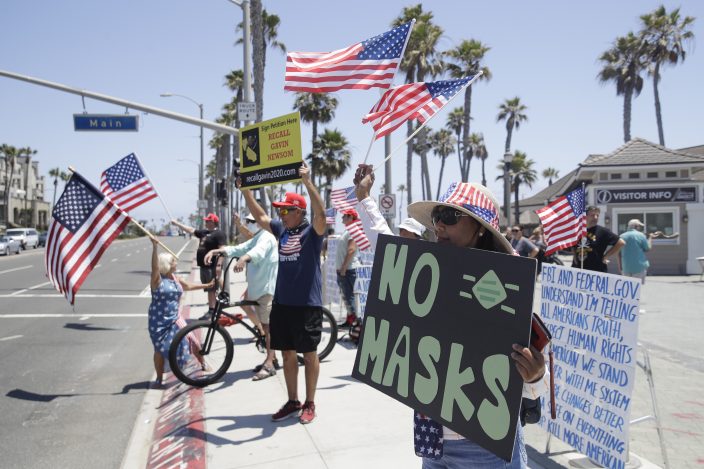 — What to wear: Feds’ mixed messages on masks sow confusion

— Vice President Mike Pence has called off campaign events in Florida and Arizona for this coming week as the states experience a surge in new coronavirus cases. The White House says Pence will still travel to those states to meet with their governors and health teams. 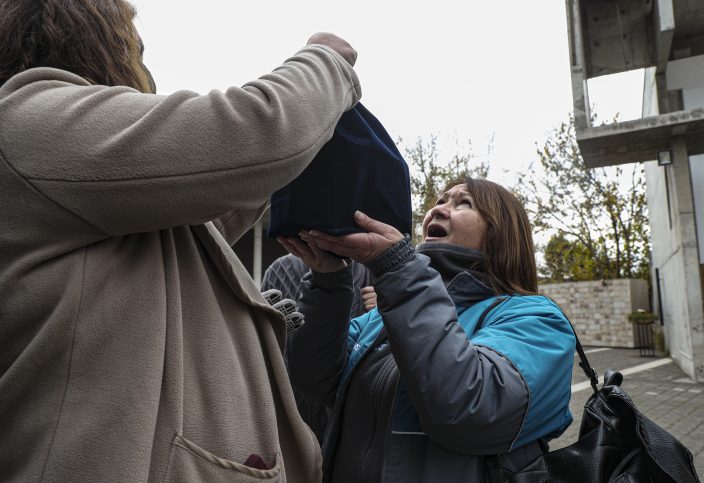 A daughter of Mercedes Umana receives the cremated ashes of her 78-year-old mother who died from the new coronavirus, at La Recoleta crematorium in Santiago, Chile, Friday, June 26, 2020. The Ministry of Health reported on Saturday the highest number of deaths in Chile since the start of the pandemic. (AP PhotoEsteban Felix)

— European Union envoys are close to finalizing a list of countries whose citizens will be allowed back into Europe once it begins lifting coronavirus-linked restrictions. The United States appears almost certain not to make the list, as new infections surge and given that President Donald Trump has imposed a ban on European travelers. 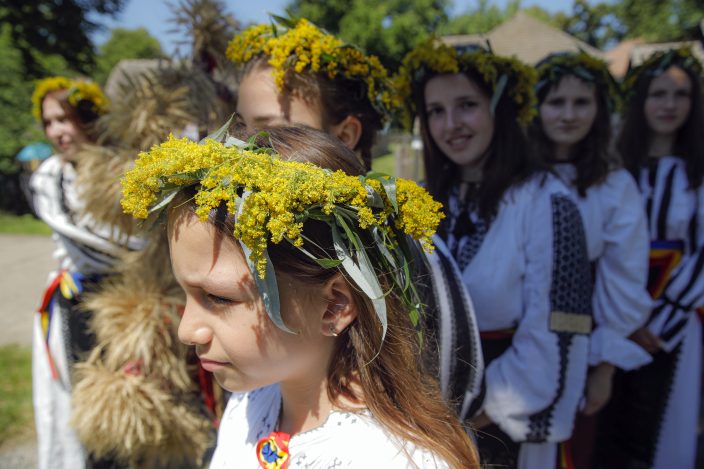 Members of a folk group, wearing flower crowns prepare to perform in an event inspired by pre-christian traditions at the DImitrie Gusti Village Museum in Bucharest, Romania, Saturday, June 27, 2020. According to pre-Christian traditions, fairies, called in Romanian "Sanziene," come to earth around the summer solstice bringing fertility to land and beings for the coming summer. (AP PhotoVadim Ghirda)

BEIJING — China is reporting 17 new confirmed cases of COVID-19, all but three of them from domestic transmission in Beijing, which has seen a recent spike in coronavirus infections.

But authorities in the Chinese capital say a campaign to conduct tests on employees at hair and beauty salons across the city has found no positive cases so far, in a further sign that the recent outbreak has been largely brought under control.

Tens of millions of Chinese traveled during the three-day Dragon Boat Festival that ended Saturday, but anti-crowding measures were in force nationwide. Tourist sites were required to cap visitor numbers at 30% of capacity.

HONOLULU -- The city of Honolulu has announced that campgrounds will reopen for the first time in three months with limited permits to ensure social distancing amid the coronavirus pandemic.

Hawaii News Now reported that the city will issue permits for just over 100 campsites across Oahu.

The Bellows Beach campground northeast of Honolulu will remain closed through Sept. 4 for turtle nesting. All the other campgrounds have reopened.

Orange County health officials say residents living certain parts of Anaheim and Santa Ana are more likely to live in multi-generational or multifamily households and many of them hold jobs in stores and restaurants.

The Arkansas Department of Health said that there are now 19,310 reported cases in the state.

The state’s total deaths from COVID-19, the illness the coronavirus causes, is now at 259.

Inslee made the announcement Saturday with state Secretary of Health John Weisman.

Inslee says the rising number of COVID-19 cases across the state makes it impossible to move to phase four, which would have meant basically no restrictions.

A tally from Johns Hopkins University shows Washington had more than 30,800 confirmed cases of COVID-19 on Saturday. More than 480 new cases were reported on Friday.

SPRINGFIELD, Mo. — Tyson Foods has announced that 371 employees at its chicken processing plant in the far southwestern corner of Missouri have tested positive for COVID-19.

The company said in a news release Friday that it tested 1,142 employees at the plant in Noel from June 17 to June 19, and 291 tested positive for COVID-19. Of those 291, Tyson said 249, or 85%, were asymptomatic. Tyson said an additional 80 Noel employees tested positive for COVID-19 in separate tests that were performed by their health care providers or the state’s Department of Health and Senior Services.

The announcement confirms suspicions that the large spike in McDonald County’s reported COVID-19 numbers starting this past weekend was the result of large-scale testing at the plant, the Springfield News-Leader reports.

BRASILIA, Brazil -- The Brazilian government announced on Saturday an agreement with Oxford University and pharmaceutical company AstraZeneca to produce a promising coronavirus vaccine that is undergoing tests.

Brazilian Health Ministry authorities said in a press conference that the country will pay $127 million and receive material to produce 30.4 million doses in two batches in December and January, which would allow it to quickly start inoculation efforts if the vaccine is certified to be safe and effective.

The total deal is for 100 million vaccines for a country of about 210 million residents. It will be produced by local vaccine maker Fiocruz.

British researchers started testing the experimental shot in May aiming to immunize more than 10,000 people, including older people and children. The vaccine is one of about a dozen in the early stages of human testing.

Brazil, where coronavirus infections are still on the rise, counts more than 1 million confirmed cases and more than 55,900 fatalities.

WASHINGTON — Vice President Mike Pence is calling off a planned bus tour in Florida to benefit his and President Donald Trump’s re-election as the state experiences a surge in confirmed coronavirus cases.

Pence is still traveling to the state, the White House confirmed, saying he will meet with Gov. Ron DeSantis and his health care teams.

Pence said Friday during a briefing by the White House’s coronavirus task force that he would visit Florida, Texas and Arizona this week to receive a “ground report” on spiking cases of COVD-19 across the sunbelt.