The National People’s Congress Standing Committee took up the matter at the start of a three-day session, China’s official Xinhua News Agency reported. China has said it is determined to enact the law, and its passage is expected by Tuesday.

The U.S. says it will respond by ending favorable trading terms granted to the former British colony after it passed to Chinese control in 1997. The Senate on Thursday unanimously approved a bill to impose sanctions on businesses and individuals — including the police — that undermine Hong Kong’s autonomy or restrict freedoms promised to the city's residents. 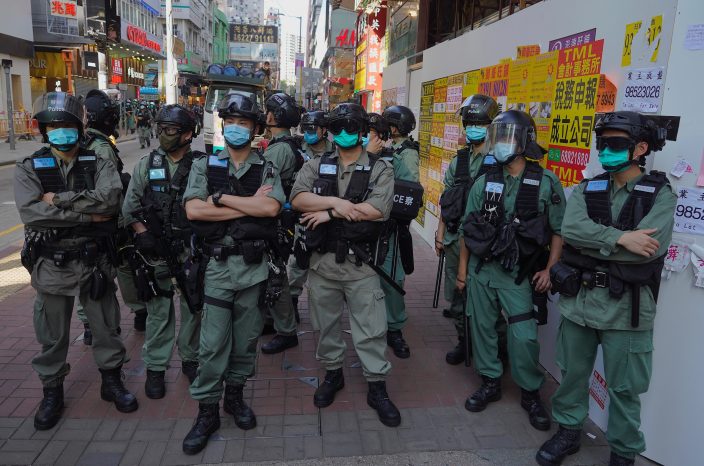 The Senate bill targets police units that have cracked down on Hong Kong protesters, as well as Chinese Communist Party officials responsible for imposing the national security law. The measure also would impose sanctions on banks that do business with entities found to violate the law.

Last week, a former United Nations human rights chief and eight former U.N. special envoys urged the body’s secretary-general to appoint a special envoy on Hong Kong over what they said is a pending “humanitarian tragedy.” Britain has said it would grant passports to as many as 3 million of Hong Kong's 7.8 million people.

Beijing has denounced all such moves as gross interference in its internal affairs. 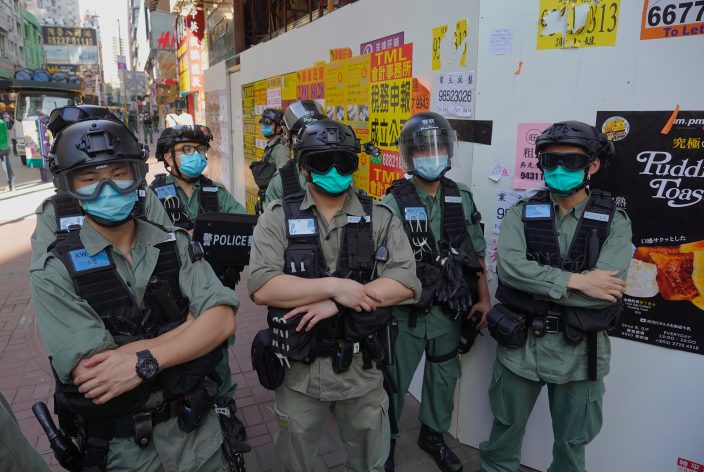 The law would criminalize secession, subversion of state power, terrorist activities and colluding with foreign forces to endanger national security. Critics say Hong Kong's legal statutes already account for such matters and that Beijing is determined to use the law to pursue political opponents.

Few details have been released, but it appears that Beijing will have ultimate power over government appointments, further reducing the relative independence it promised to Hong Kong in a 1984 joint declaration with Britain that is considered an international treaty. 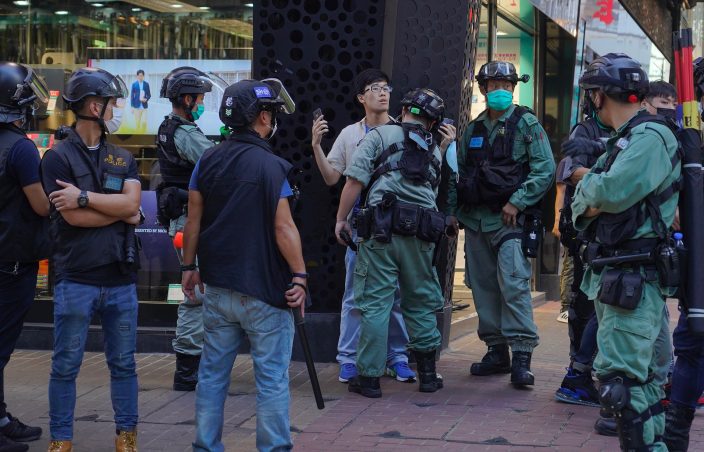 The measures have been widely seen as the most significant erosion to date of Hong Kong’s British-style rule of law and high degree of autonomy that China promised Hong Kong would have under a “one country, two systems” principle.

China has long demanded such a law for Hong Kong, but efforts were shelved in the face of massive protests in 2003. Beijing appeared to have lost its patience in the face of widespread and often violent anti-government demonstrations last year, moving to circumvent Hong Kong's own legislative council and enact the law at the national level on what critics say are weak legal grounds.

Joe Thornton points to talk with Joe Montana in Toronto ...