NEW DELHI — India on Monday reported nearly 20,000 new coronavirus infections, a new record for the country, as several states reimpose partial or full lockdowns to stem the spread of the virus.

India has seen a jump of nearly 100,000 cases over the past week, the health ministry said. In all, the country has confirmed 548,318 cases, making it the world’s fourth-worst affected country after the United States, Brazil and Russia. India’s death toll has reached 16,475. 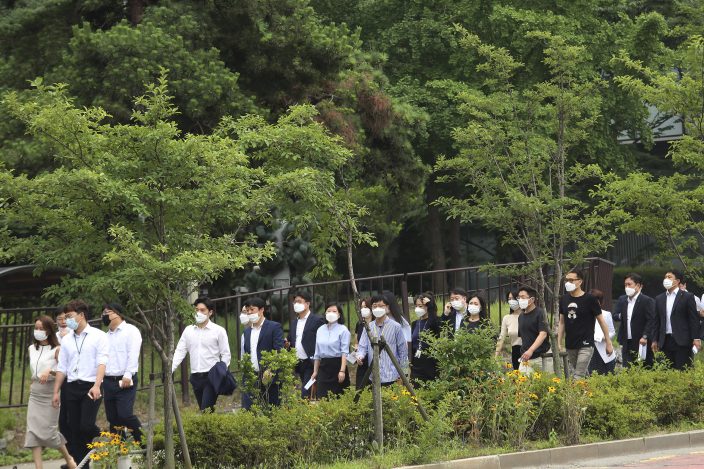 However, in India’s worst-affected states — Maharashtra, which includes India’s financial capital, Mumbai, and Delhi, home to the capital, New Delhi — most lockdown restrictions have been eased, with restaurants, shopping malls and parks reopened, and public buses and shared-ride services back on the roads. 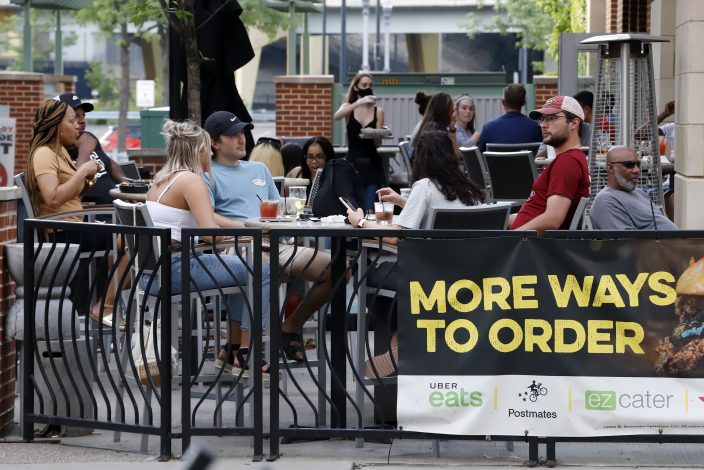 People gather at tables outside Bar Louie in Pittsburgh on Sunday, June 28, 2020. In response to the recent spike in COVID-19 cases in Allegheny County, health officials are ordering all bars and restaurants in the county to stop the sale of alcohol for on-site consumption beginning Tuesday afternoon. (AP PhotoGene J. Puskar)

Officials said flights would resume after the creation “of a special laboratory” to conduct coronavirus tests for those coming into the Emirates from Pakistan.

The decision comes after Pakistani media last week reported 27 passengers originating from Pakistan arrived in Hong Kong and tested positive for COVID-19, the illness caused by the coronavirus. The passengers had transited through the UAE.

Pakistan restarted international travel earlier this month even as its critics said the airport precautions were limited and ineffective.

MANILA, Philippines — Philippine officials say authorities in a central village may face criminal or administrative complaints for allowing a street parade and dance amid a strict coronavirus lockdown.

Mayor Edgar Labella of Cebu city said officials of Basak village have been ordered to explain why the religious fiesta gathering in honor of St. John the Baptist was held Saturday despite a quarantine prohibition against public gatherings. Performers in native wear and face masks danced during the night procession, which drew a large crowd.

While the Philippines has eased quarantine restrictions in most regions to revive its contracting economy, officials placed Cebu city back under a strict lockdown this month and deployed more policemen to enforce restrictions following a spike in infections.

The Philippines remains a Southeast Asian coronavirus hotspot with more than 35,000 confirmed infections, including 1,244 deaths.

The figures announced by the Korea Centers for Disease Control and Prevention on Monday brought the national caseload to 12,757, including 282 deaths. Twenty-four of the new cases were reported from capital Seoul and nearby metropolitan areas, which have been at the center of a virus resurgence since late May. At least 12 of the new cases were linked to international arrivals as the virus continues to strengthen its hold in southern Asia, the United States and beyond.

South Korea was reporting hundreds of new cases a day in late February and early March following a major surge surrounding the southeast city of Daegu, where the majority of infections were linked to a single church congregation with thousands of members.

But while health authorities had used aggressive testing and contact tracing to contain the outbreak in that region, they are having a much harder time tracking recent transmissions in the Seoul metropolitan area, where about half of the country’s 51 million people live. With people increasingly venturing out in the public, new clusters are popping out from just about everywhere, including nightspots, churches, restaurants, warehouses and among door-to-door salespeople.

Health Minister Park Neung-hoo during a briefing Sunday afternoon announced that the government is prepared to implement stronger social distancing measures if the epidemic continues to grow.

BEIJING — China on Monday reported a further decline in new confirmed cases of COVID-19, with a total of just 12, including seven cases of domestic transmission in Beijing, where nearly 8.3 million people have now undergone testing in recent weeks. The number of new cases in the city was down by half from the day before, the National Health Commission reported.

No new deaths were reported Monday, leaving the total at 4,634 among 83,512 confirmed cases of COVID-19, . Currently 418 patients are in treatment, and another 112 are under observation for being suspected cases or for testing positive without showing any symptoms.

Beijing temporarily shut a huge wholesale food market where the virus spread widely earlier this month, re-closed schools and locked down some neighborhoods. Anyone leaving Beijing is required to have a negative virus test result procured within the previous seven days.

About 7.69 million results on people tested in Beijing have been returned, city official Zhang Qiang said Sunday. Beijing has more than 20 million people but authorities have focused so far on high risk groups such as people working in the food and salon industry and those living in areas where cases have been discovered.