The Fourth of July was always a time for communities to come together, daylong celebrations with patriotic parades in the morning and fireworks finales to cap it off.

This year, people are being urged to stay home. 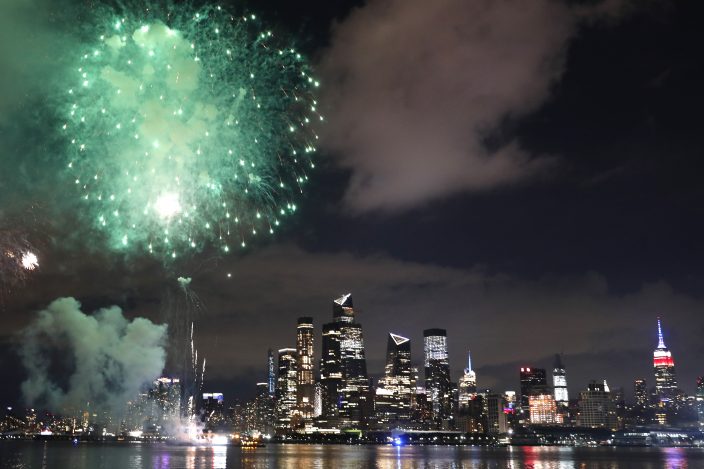 If they want a show, watch it on TV.

“This is traditionally a weekend for gathering in large groups for historic ceremonies and social events,” Boston Mayor Marty Walsh said. “This is not something that we can do this year here in Boston or in Massachusetts.”

Or in many cities around the U.S., where leaders grapple with how to honor the country’s Independence Day while forced because of coronavirus concerns to limit some freedoms their citizens so deeply covet. 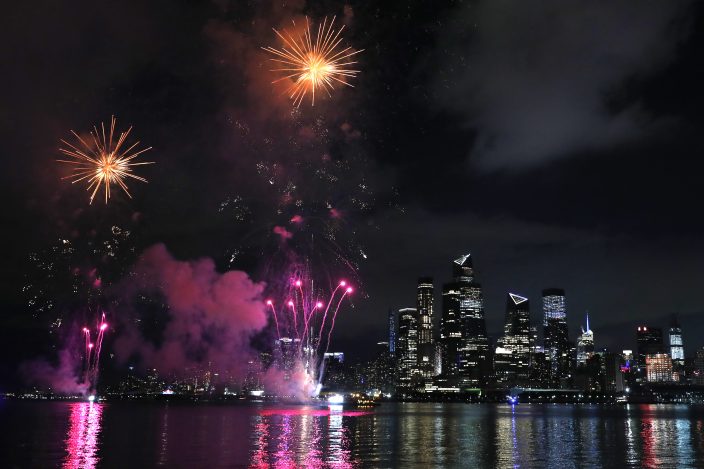 The Fourth of July remains a party, though America’s 244th birthday won’t be the usual blowout bash.

Fireworks will still crackle over the National Mall in Washington and other places, though with fewer people packed together watching them.

Backyard barbecues will replace some traditional trips to beaches or ballparks, as virus fears keep some home for this holiday. 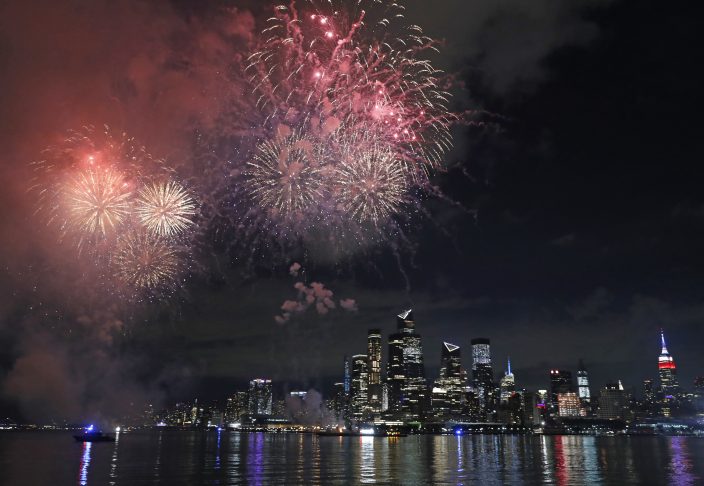 Marching bands blaring tunes while kids wave their handheld flags can’t happen as usual with the virus refusing to let go of its grip on some places and even strengthening in others.

So, no live Boston Pops performance on the Charles River Esplanade, no live concert from the West lawn of the U.S. Capitol in Washington, and no Navy Pier fireworks show in Chicago.

Even personal events will have a different look. Jason Wanzer has hosted a party in Danbury, Connecticut, for more than a decade, with a professional disc jockey, organized games and fireworks.

He trimmed this year's guest list from 100 to 30, fearing bringing older people more susceptible to the disease or young children who could easily spread it. And the activities he spends days setting up are on a hiatus.

“This year is basically just the food,” he said.

But whether it’s big cities or small towns bursting with pride, there’s a desire to make sure some show goes on, no matter what it looks like.

In New York, the Macy's annual summer spectacle was replaced by a series of smaller, surprise shows. They’ve been ringing out all week, leading into the televised finale Saturday.

By not announcing the locations and keeping the performances to five minutes, crowds can’t gather in large numbers like they usually do along the riverfront.

Crowds are being welcomed on the National Mall, where U.S. Secretary of the Interior David L. Bernhardt promised a fireworks display that would be “the largest in recent memory,” with more than 10,000 to be launched following a Defense Department air show.

But while President Donald Trump is eager for excess, Washington’s mayor is not. The city’s parade is canceled and Muriel Bowser reminded those considering the National Mall show — held on federal grounds and not under the city’s jurisdiction — to “Ask yourself, do you need to be there?”

That was never a concern, when July 4 was a day for dressing up in red, white and blue, coming out to salute military heroes, then staying out until dark to watch fireworks light up the sky.

This year, many celebrations will be virtual. Outdoor events such as the Boston Pops performance or Philadelphia’s fireworks will have to be watched on TV or streaming devices — and some will be replays.

Bryan Williams is ready for either.

The owner of the Keller Feed & Wine Company in Cottonwood Falls, Kansas, is advertising items such as ribs and pulled pork for people who want to order catering for an at-home holiday weekend. But with the virus numbers low in his county even as they climb elsewhere in the state, his town’s fireworks are still on and he thinks people will be eager to go.

“Unfortunately tourism is down, and with so many large area events canceled, and so many locals still furloughed or without work, I think our town is really looking forward to celebrating the Fourth this weekend,” Williams said. “It will be the first real chance for this tight-knit community to get together — with social distancing of course — since March.”

Some places won’t have that option.

Beaches are closed in parts of Southern California and South Florida, where many fireworks shows are canceled and everyone who attends the ones that remain are being told to watch them from inside their cars.

Bars aren’t serving alcohol there, either.

Beer may be out in Miami but hot dogs are still on the menu in New York — probably dozens of them for champion chomper Joey Chestnut.

The Nathan’s Famous Fourth of July International Hot Dog-Eating Contest will be held in Coney Island, but without the usual crowd of live spectators on the boardwalk. A private venue will stage the competition, which will feature five eaters in the men’s and women’s competitions instead of the usual 15, allowing for more social distancing.

For Steve Edenbo, this Fourth of July is the biggest challenge of his career.

The professional actor portrays Thomas Jefferson and for the last 19 years has been at the National Archives in Washington to read the Declaration of Independence. That's a Zoom performance this year, one he couldn't practice in front of a live audience with theaters shut since March.

Plus, he knows he needs to dig deeper into Jefferson's role as a slave owner, as the Black Lives Matter movement forces Americans to re-examine the country's past.

“It’s, how do we deal with the Fourth of July?" Edenbo said. “This is unlike anything I’ve had in my career for those deeper reasons.”