Even a 4-0 drubbing is forgivable for Jürgen Klopp now the Premier League trophy has been sealed.

But losing so comprehensively — to Liverpool's closest yet very distant challenger — was still a painful way for Liverpool's reign as champions to begin.

“The attitude was good, the game was not bad,” Klopp said. “It has nothing to do with last week, to be honest. It hurts like defeats hurt. What I wanted to see tonight was a team who is ready to fight against Man City, who obviously had ... a point to prove.” 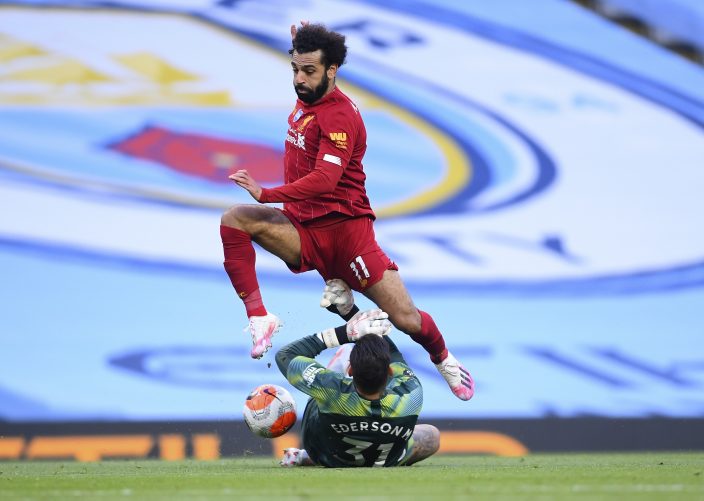 City certainly did after being denied a hat trick of titles. Victory over Liverpool over trimmed the gap to 20 points with six games remaining.

Mohamed Salah did hit the post in the opening 20 minutes at the Etihad Stadium. A chance missed for the Reds to go in front and an opportunity they didn't have again. 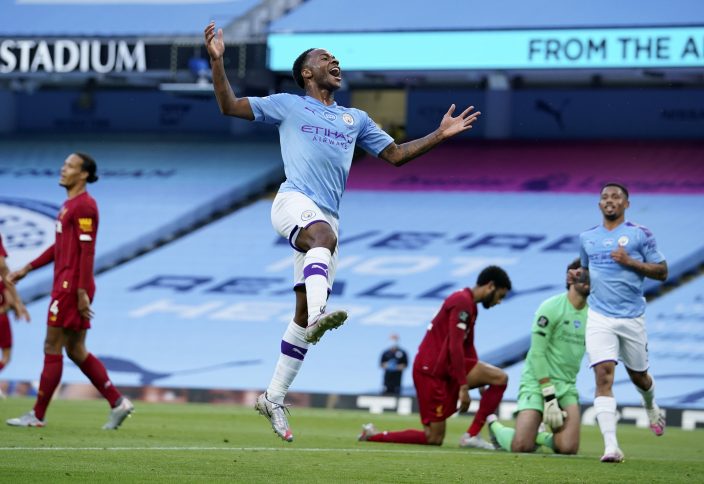 City's lead was secured by Kevin De Bruyne in the 25th minute from the penalty spot after Raheem Sterling was dragged down by Joe Gomez.

Sterling got the better of Gomez again 10 minutes later after receiving a pass from Phil Foden, netting his first goal in the league against the club he left five years ago on the ninth attempt.

Liverpool was unpicked again on a fast break just before halftime, with Foden playing a one-two with De Bruyne before raising the ball into the net. 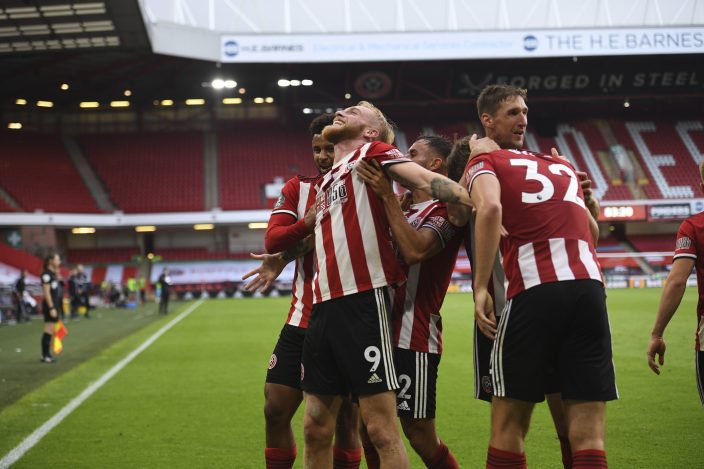 “When he takes the ball, he is aggressive against defenders, and shoots and scores," City manager Pep Guardiola said of the 20-year-old Foden. "We cannot waste that. It is so difficult to find that quality.”

Not so difficult within this City team when it also includes De Bruyne whose vision set up the fourth, with Sterling receiving a pass and then seeing a shot diverted into his own net by Alex-Oxlade Chamberlain. 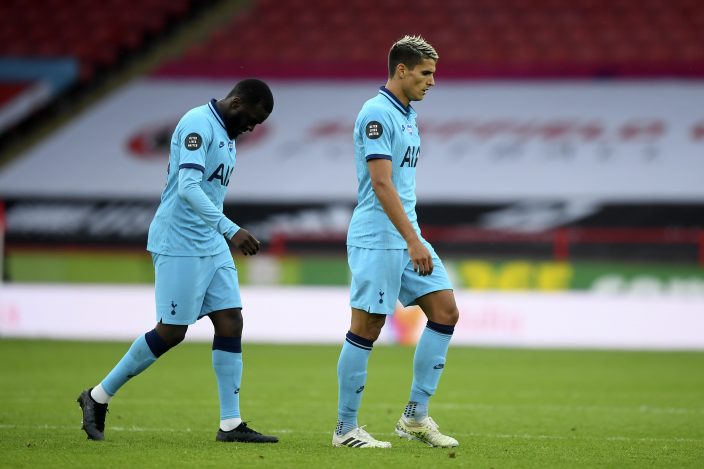 Such an empathic win heartens Guardiola as he maintains the pursuit of a treble. The League Cup has already been collected and it can still be joined by the FA Cup and European Cup.

“What we have done in the last years is unique and exceptional,” Guardiola said. "That won’t change because we lost (the title) to Liverpool.” 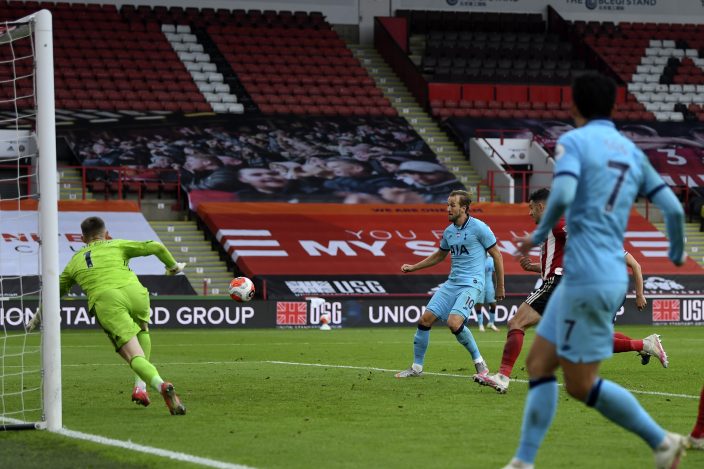 While Klopp defended his players after the defeat, Tottenham manager Jose Mourinho was quick to assign blame after a 3-1 loss at Sheffield United in Thursday's other game.

Tottenham striker Harry Kane thought he had immediately canceled out Sander Berge’s opener in the first half but Lucas Moura was then penalized by the video assistant referee for handling in the buildup to the goal. But the Brazilian only touched the ball after he appeared to be fouled and fell to the ground.

“We’re going in a direction that’s really bad for the beautiful game,” Mourinho said, “the game that everybody fell in love with.”

Still, Mourinho did not want his players using that frustration as an excuse.

“We have to be mentally stronger," he said, “to cope.”

Tottenham didn't cope, with Lys Mousset and Oli McBurnie exploiting slack defending to score. Kane did eventually find the net but it was only a consolation as Tottenham was leapfrogged by the hosts.

After reaching last season’s Champions League final — losing to Liverpool — Tottenham might not qualify for any European competition next season.

Tottenham slipped to ninth, seven points behind fifth-place Manchester United. The Blades in seventh place are now better placed to qualify for the Europa League.

Evans traveling to Vegas with Canadiens for Golden Knig ...

Lukaku sends message to Eriksen as Belgium wins at Euro ...