Turkey’s official news agency says three people have been detained in connection to a massive explosion at a fireworks factory that left at least four people dead.

Three workers are still missing, and rescue teams continued their search in a forest and fields near the factory. The cause of the blast, which injured some 114 people, was under investigation. 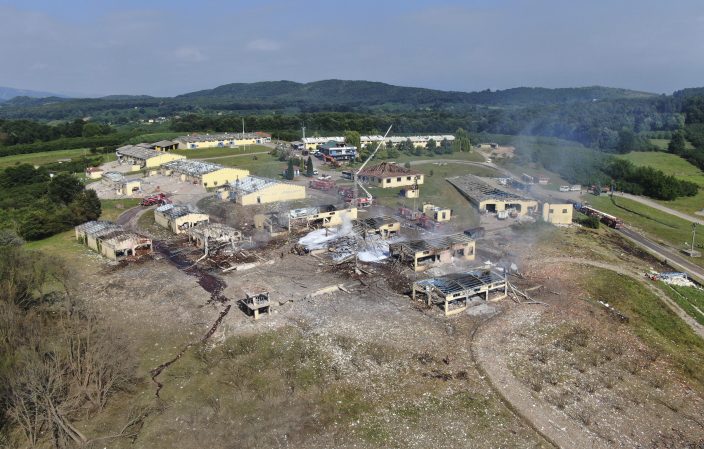 A view of destroyed buildings at a fireworks factory following a fire after an explosion outside the town of Hendek, Sakarya province, northwestern Turkey, Friday, July 3, 2020. There were an estimated 150 workers at the factory, Gov. Cetin Oktay Kaldirim told state-run Anadolu Agency. Several firefighters and ambulances were sent to the factory, which is away from residential areas. However, explosions were continuing, hampering efforts to bring the fire under control.The cause of the blast wasn't immediately known. (DHA via AP)

Television footage on Friday showed a large, mushroom-shaped cloud of smoke rising from the factory amid sounds of explosions. The provincial governor said there were 110 tons of explosives and fireworks in the production facility.

Turkish media reported previous explosions at the same factory, which is not located close to residential areas.