The United Arab Emirates announced a wide-ranging government shakeup on Sunday aimed at creating a more flexible and modern bureaucracy to tackle challenges as the coronavirus and lower oil prices erode what was already sluggish economic growth.

The UAE prime minister and ruler of the emirate of Dubai, Sheikh Mohammed bin Rashid Al Maktoum, published the ministerial changes on his Twitter account, saying the goal was to create a “government that is faster in decision making and is more up to date with changes.”

Many powerful officials kept their jobs under the Cabinet shake-up. They include the ministers of interior and foreign affairs, who hail from the ruling Al Nahyan family of Abu Dhabi, the federal capital that also controls the presidency. 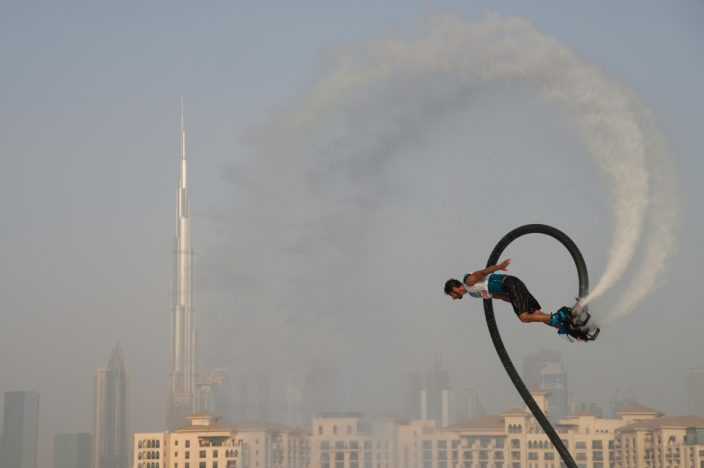 A man rides a flyboard with the Burj Khalifa, the world's tallest building, in the distance in Dubai, United Arab Emirates, Thursday, June 25, 2020. Dubai has begun to allow sporting events again amid the coronavirus pandemic and the Dubai International Marine Club hosted a water sports event Thursday to celebrate. (AP PhotoJon Gambrell)

As part of the shakeup, the ministries of energy and infrastructure were merged and will be led by current Energy Minister Suhail al-Mazrouei. The new ministry will oversee a national housing program for Emirati citizens, among other federal agencies.

Sheikh Mohammed also announced the creation of a new Ministry of Industry and Advanced Technology that will be led by Sultan al-Jaber, who is among the highest-profile figures in the UAE.

Al-Jaber serves as CEO of the Abu Dhabi National Oil Company, board chairman of the government-owned renewable energy company Masdar and chairman of UAE’s National Media Council, in addition to other posts. It was not immediately clear if he would retain those posts as minister. 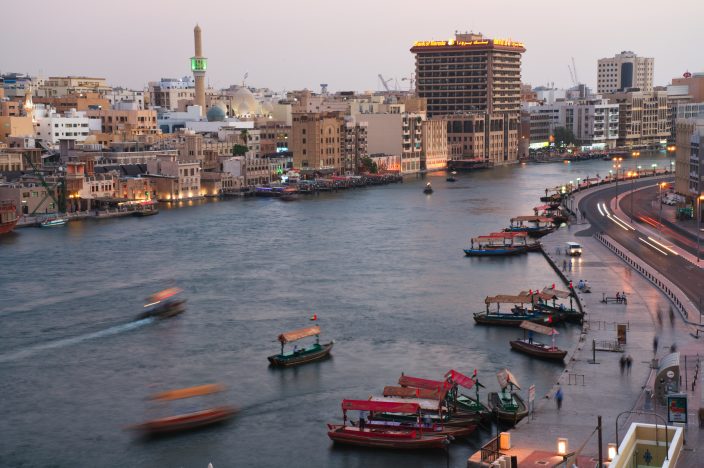 A woman was named to head the nascent Emirates Space Agency. Sarah al-Amiri is currently leading the UAE's Hope Probe to Mars, which will launch this month from Japan with the goal of providing a new look at the planet's climate and atmosphere.

Additionally, the ministries of culture and youth were merged. The new ministry will oversee the country's National Media Council that accredits all local and foreign journalists and oversees media outlets operating in the country. The ministry will be led Noura al-Kaabi, formerly the culture minister.

A new position overseeing “digital economy, artificial intelligence and remote work applications” will be led by Omar Al-Ulama as a minister of state. The country made waves in 2016 when it created ministry-level posts for happiness and tolerance.

Other plans include converting half of all government service centers into digital platforms in the coming two years.

The UAE is home to airlines Emirates and Etihad Airways, port operator DP World, and the world’s tallest skyscraper, the Burj Khalifa.

Dubai's economy relies heavily on real estate investments, aviation, tourism and finance, which are all sectors that have been hard-hit by the pandemic. Abu Dhabi, which is the largest and wealthiest of the seven emirates that comprise the UAE, has relied on substantial oil and gas reserves to fuel the country's development and growth.

The International Monetary Fund projects the country’s economy will contract by 3.5% in 2020. Dubai's plans to host the EXPO, or World Fair, this year and spur economic growth were delayed until 2021 because of the coronavirus.

While hundreds of thousands of migrant workers in the UAE and wider Gulf who hail from India, Pakistan, the Philippines, Nepal and Egypt have appealed to their embassies for flights home due to a loss of income amid the pandemic, Emirati citizens — who number around 1.4 million — have numerous perks to cushion economic blows. The government provides Emirati citizens with subsidized housing, free healthcare, free higher education and scholarships abroad, generous government salaries and pension plans, as well as assistance in finding work and occasional debt relief.

It was “fundamentally unfair” for ...