Che Adams scored from a spectacular long-range lob for his first goal for Southampton to earn a surprising 1-0 win over Manchester City in the Premier League on Sunday.

Making his 30th appearance of a frustrating first season at the club, Adams pounced on a loose ball after City defender Oleksandr Zinchenko was dispossessed. Adams struck a curling first-time effort from around 40 meters that sailed over stranded goalkeeper Ederson Moraes and into an unguarded net in the 16th minute.

Southampton then relied on a series of wonderful saves by goalkeeper Alex McCarthy to consign City to a third straight away defeat in the league — the first time that has happened to a team managed by Pep Guardiola in his distinguished coaching career. 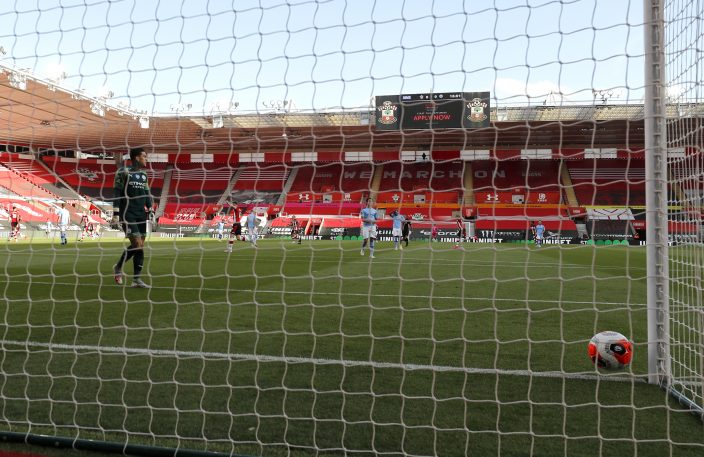 City's players had 26 shots on goal in a one-sided game at an empty St. Mary's Stadium, but lacked the cutting edge they had in their 4-0 win over Liverpool on Thursday and which might have been provided by top scorer Sergio Aguero had he not been injured.

Kevin De Bruyne and rising star Phil Foden started on the bench and couldn't inspire an equalizer after coming on as 59th-minute substitutes.

The result left second-place City 23 points behind already-crowned champion Liverpool with five games remaining. Southampton climbed to 13th place and is assured of another season in the Premier League. 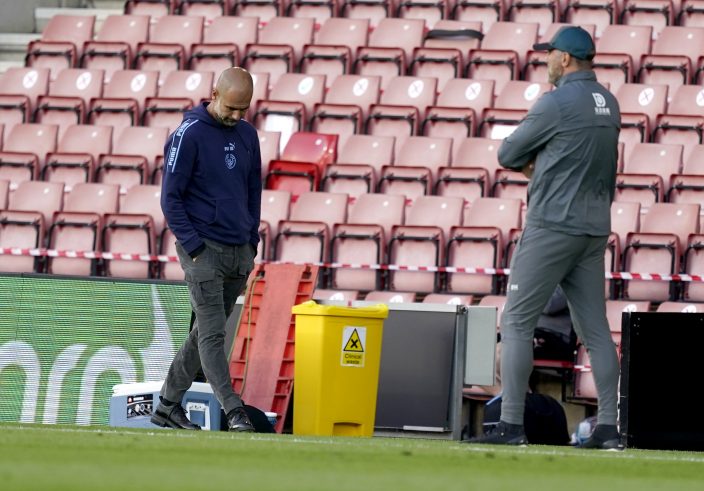