They walked out to another guard of honor, with a huge rectangular banner high up in the Sir Kenny Dalglish Stand reading: “Liverpool FC – Champions Again”.

Liverpool’s players were back home at Anfield for the first time since winning a first English league title since 1990.

It was a triumphant return, too. 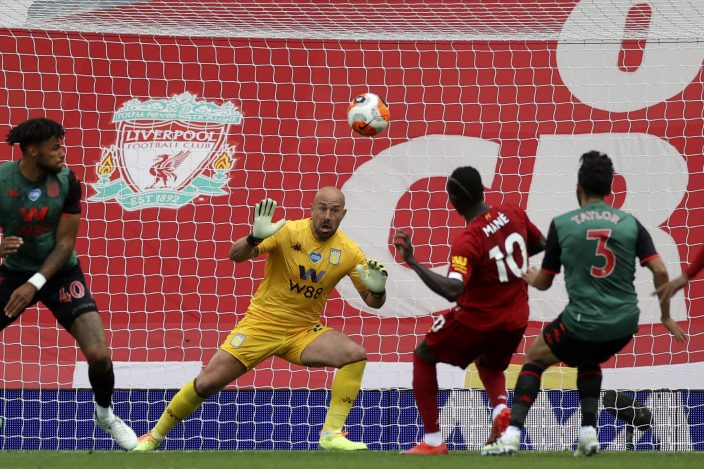 Lacking the intensity and precision that brought the team the title in devastating fashion, Liverpool still managed to eke out a 2-0 win over Aston Villa to move in sight of a slew of records to cap one of the best ever top-flight campaigns.

Second-half goals by Sadio Mane and Curtis Jones secured a 17th straight win at Anfield, with just two more needed — against Burnley and Chelsea — to complete a 100% home record that would be unprecedented in the Premier League. Four wins from the last five matches and Liverpool will also pass Manchester City’s record from 2017-18 of 100 points in one season.

Not that Jürgen Klopp is necessarily counting. 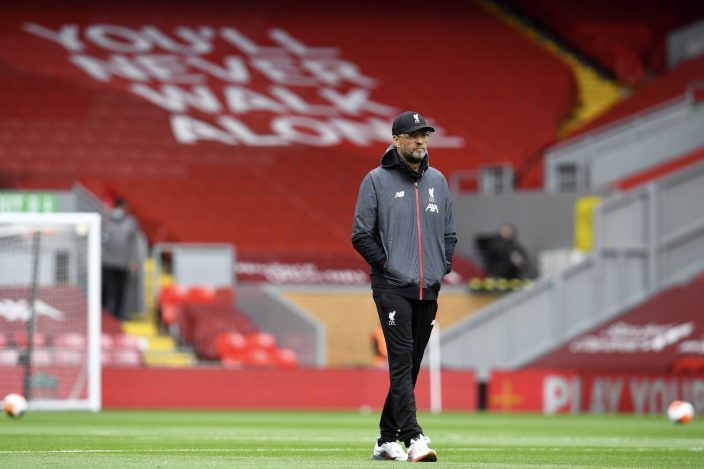 “The only thing I can say,” the Liverpool manager said, “is there’s no chance to win records if you constantly think about records.

“We don’t want records. We want the three points.”

That’s something Liverpool almost always manage to obtain, however it plays. 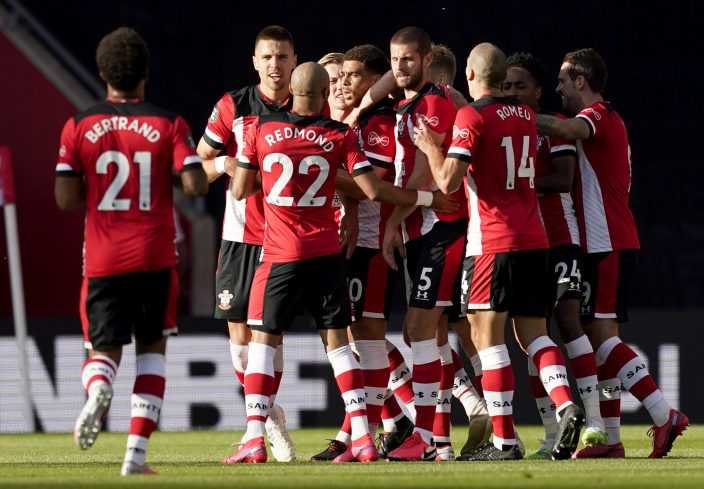 Eager to rebound from a 4-0 loss at Manchester City on Thursday where their attitude was widely questioned, Klopp’s players were again not at their best without the backing of their fans inside an empty stadium.

But they eventually ground Villa down with a resilience and relentlessness that Klopp has forged in his team.

Mane swept home a finish off the underside of the crossbar in the 71st for his 16th league goal of the season before Jones converted a shot from 10 meters out in the 89th after a nod-down from Mohamed Salah for his first Premier League goal.

“Jürgen Klopp teams don’t take their foot off the gas,” Villa manager Dean Smith said, acknowledging the impact made by the three Liverpool substitutes — Jordan Henderson, Georginio Wijnaldum and Roberto Firmino — who came on after an hour.

With second-place City losing 1-0 hours later at Southampton, Liverpool is on course to win the league by a record margin. The lead is currently 23 points, four more than the biggest ever final margin set by City in 2017-18.

Manchester City manager Pep Guardiola has lost three straight away games in the league for the first time as a coach. That unwanted record was sealed by a first-half wonder goal from Che Adams.

The Southampton striker hadn't scored in his debut season at the club but, on his 30th appearance, he executed a lob from around 40 meters that sailed over City goalkeeper Ederson Moraes and curled into an unguarded net.

City's players lacked the cutting edge they had in the 4-0 win over Liverpool on Thursday, failing to score despite having 26 shots in the game in a dominant performance at St. Mary's Stadium.

City is still likely to finish second in the league because the dethroned champions are eight points clear of third-place Leicester.

West Ham inched closer to safety despite twice throwing away the lead to draw 2-2 at Newcastle.

Jonjo Shelvey's 67th-minute strike for the hosts canceled out a goal by Tomas Soucek only 92 seconds earlier, denying West Ham back-to-back wins after its surprising victory over Chelsea in midweek.

West Ham is 16th in the 20-team league, four points above two teams in the relegation zone — 18th-place Aston Villa and 19th-place Bournemouth. Newcastle is in 12th place and safe from relegation.

Sheffield United's players resumed the Premier League with an outside shot at Champions League qualification. Now the best they can realistically hope for is a place in the Europa League.

John Egan secured the draw with an 80th-minute equalizer, canceling out fellow center back James Tarkowski's goal for Burnley.

United, Chelsea into CL; Bournemouth, Watford down from EPL