A tire changer for NASCAR driver Ryan Blaney was taken to a hospital after being injured Sunday early in the Brickyard 400.

Zachary Price was pinned between Blaney's No. 12 car and another car, the result of a six-car pileup near the entrance of pit road 16 laps into the race.

Five of the drivers were checked at Indianpaolis Motor Speedway's infield medical center and were released. Blaney, meanwhile, returned to the race. 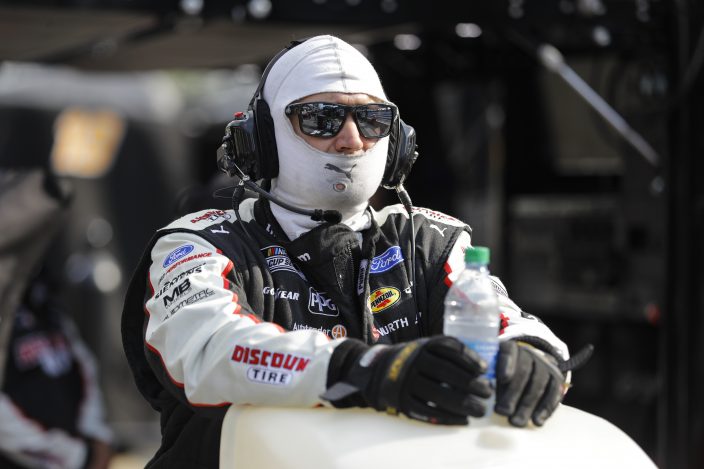 NASCAR said Price had been transported to a hospital for further evaluation.

The race was red-flagged on Lap 16 as track workers tried to clean up debris and attend to Price, who was placed on a stretcher. He appeared to be smiling before he was placed inside an ambulance.

Blaney drives for Roger Penske, who bought the speedway in November from the Hulman-George family.

Justin Allgaier, the replacement for seven-time Cup champion Jimmie Johnson, also was involved in the crash and dropped out of the race. Johnson's streak of 663 consecutive starts ended after he tested positive for cornoavirus on Friday.