A member of the Pussy Riot protest group has been charged with failing to properly notify Russian authorities about his Canadian citizenship, officials said Tuesday.

The charges filed Tuesday came a day after Russian activist Pytor Verzilov was released after serving 15 days in jail for swearing in public. He said he was assaulted in what he claimed was a provocation staged by police and that there was no evidence he swore.

The 15-day sentence followed Verzilov's questioning in connection with a protest against the Kremlin last year. 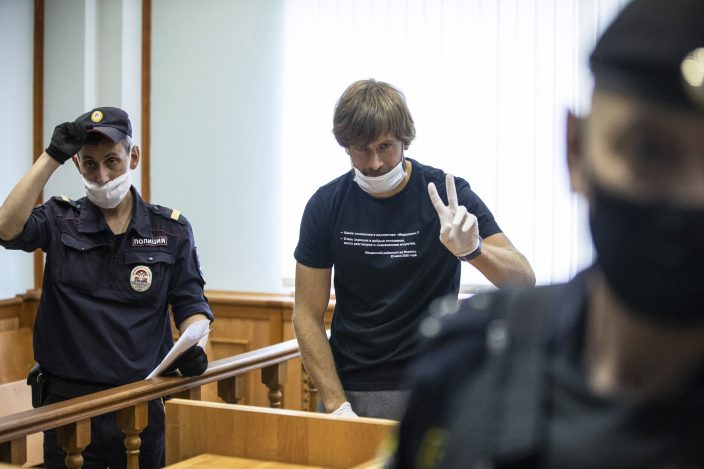 Verzilov, who was born in Canada, has Russian and Canadian citizenship. Russians are required by law to inform the authorities about foreign citizenship. Violators face a fine or community service as a penalty.

Pussy Riot was founded in 2011 as a punk rock and performance art protest group.

Verzilov attracted attention in 2018 when he and three other Pussy Riot activists wearing police uniforms entered the field at the World Cup final in Moscow to protest police brutality, an action for which they served 15 days in jail. 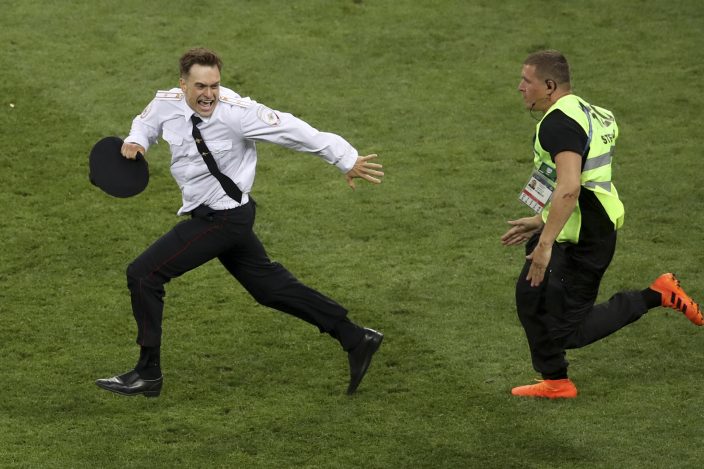 FILE - In this Sunday, July 15, 2018 file photo, Pyotr Verzilov invading the pitch, runs away as a steward tries to stop him during the France and Croatia 2018 World Cup final match in the Luzhniki Stadium in Moscow, Russia. Russian state news agency Tass says a prominent member of the protest group Pussy Riot has been detained by the police anti-extremism division. The Mediazona website reported that Pyotr Verzilov was seized at his apartment by unidentified men who broke down the door on Sunday, June 21, 2020. (AP PhotoThanassis Stavrakis, File)

Two months later, he became severely ill from what group members suspected was poisoning and underwent treatment in Germany.

The U.S. Postal Service is warning ...

The grounded Japanese ship that le ...